To meet new EU regulations on climate change and decarbonisation, the electricity sector is going through a transition phase towards a more sustainable energy system, while trying to remain reliable and affordable. This means that the system has renewable energy sources (wind, solar, biomass, hydro, etc.) as a major part of the generation process. Some of these sources are also intermittent in nature, thus making the generation process variable and very dependent on the weather pattern. The ways in which electricity is consumed has also changed due to charging stations required for an increasing number of electric vehicles as part of the transportation system.

Renewable energies accounted for almost 30% of the electricity consumption in Europe in 2016. By 2030 this share should reach at least 54% for the European Union to be able to meet its 2030 energy targets, according to a JCR report. To ensure that energy coming from remote areas and intermittent sources reaches European consumers through high performing transmission and distribution grids, the components of these grids must be fit-for-purpose.

The infrastructure required to transport and distribute this variable generated energy must be more resilient to fluctuations in frequency and power levels to always ensure a reliable and secure service to end users. This is quite a different set-up to the more traditional electricity grid of today. The upcoming modern smart grid from now onwards will have more monitoring and controllable feature requirements to provide the desired level of service. Network and system operators often operate in a strict regulatory framework and have an assigned task to fulfil. However, the dimensions and metrics they use in designing and operating their grid will need to change, because of the emergence of distributed generation, less predictable and more correlated loads, and dynamic load situations that can change much faster than before, caused by massive installations of solar panels or charging stations of electric vehicles in a neighbourhood.

The grid transition program and challenges 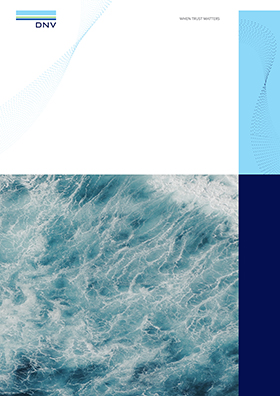 How do I turn this on? What to consider when adopting AI-based tools into clinical practice

In this white paper we present considerations to help facilitate the safe and widespread adoption of AI-based tools in healthcare. Thus we expect the whitepaper to help stakeholders bring AI-based tools from research and development into clinical practice. 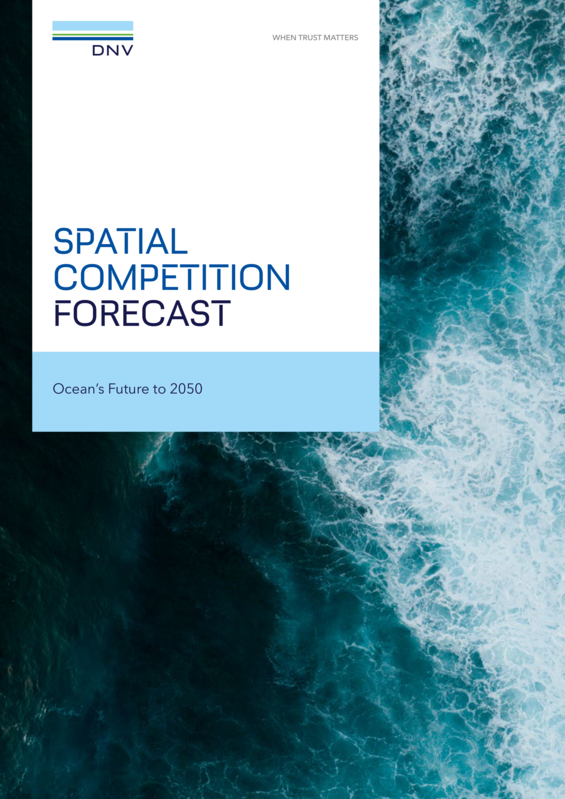 What are the social, environmental, and economic implications of spatial competition among ocean industries? 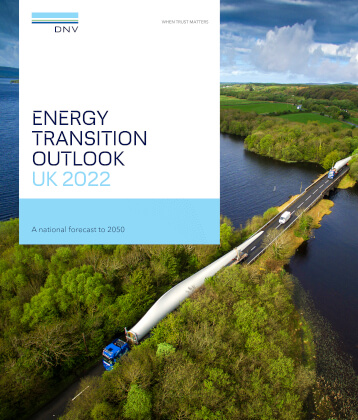 DNV’s first edition of the UK Energy Transition Outlook presents the results from our independent model of the UK’s energy system. 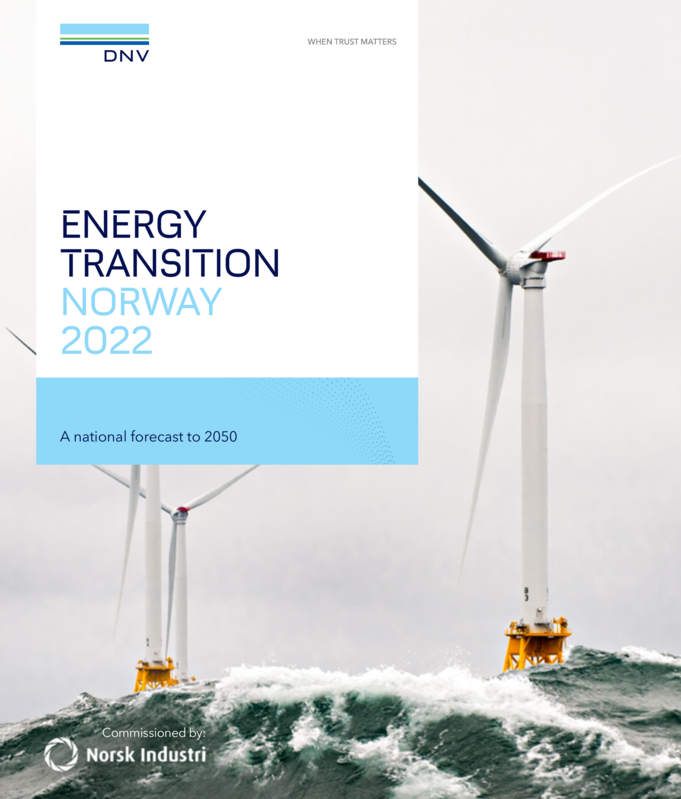 The Energy Transition Norway report describes DNV’s view of the most likely development of Norway’s energy future and is commissioned by the Federation of Norwegian Industries (Norsk Industri). 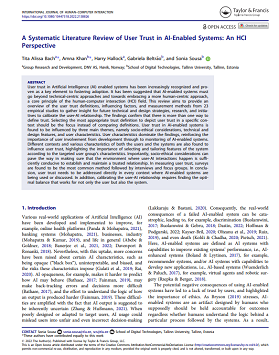 A Systematic Literature Review of User Trust in AI-Enabled Systems: An HCI Perspective

This review aims to provide an overview of the user trust definitions, influencing factors, and measurement methods from 23 empirical studies to gather insight for future technical and design strategies, research, and initiatives to calibrate the user-AI relationship. 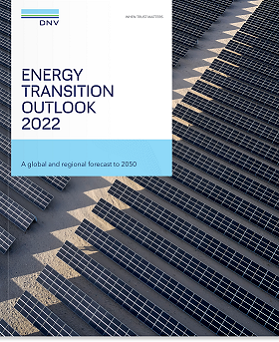 DNV's annual Energy Transition Outlook presents the results from our independent model of the world's energy system and covers the period through 2050. 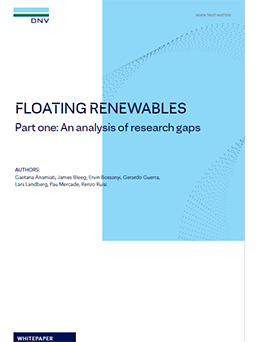 A detailed look at the research needs facing floating renewables

Download your complimentary copy of our floating renewables research papers 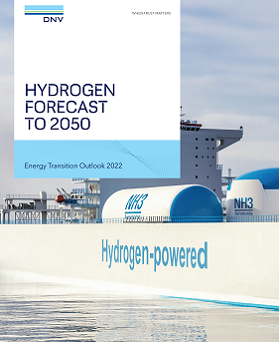 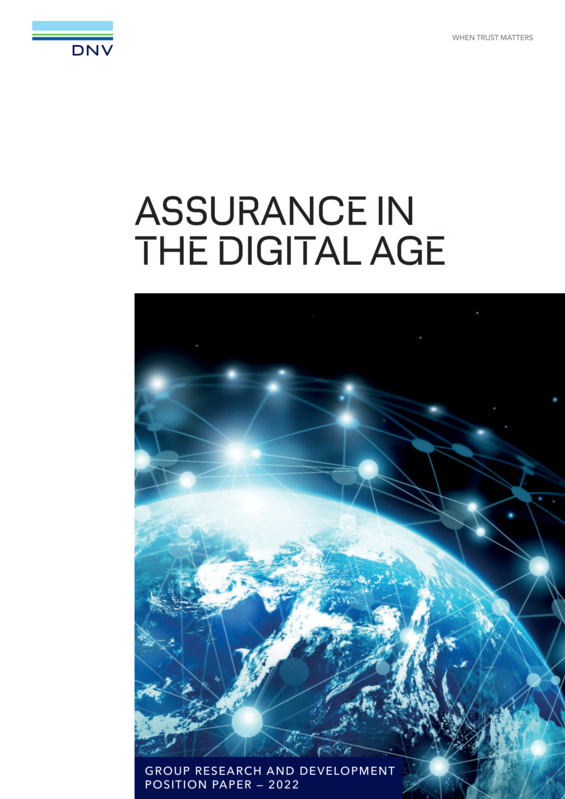 Assurance in the digital age

Ever-more complex and connected systems are shifting the risk challenge from a small number of high risk assets to multiple interconnected vulnerabilities. 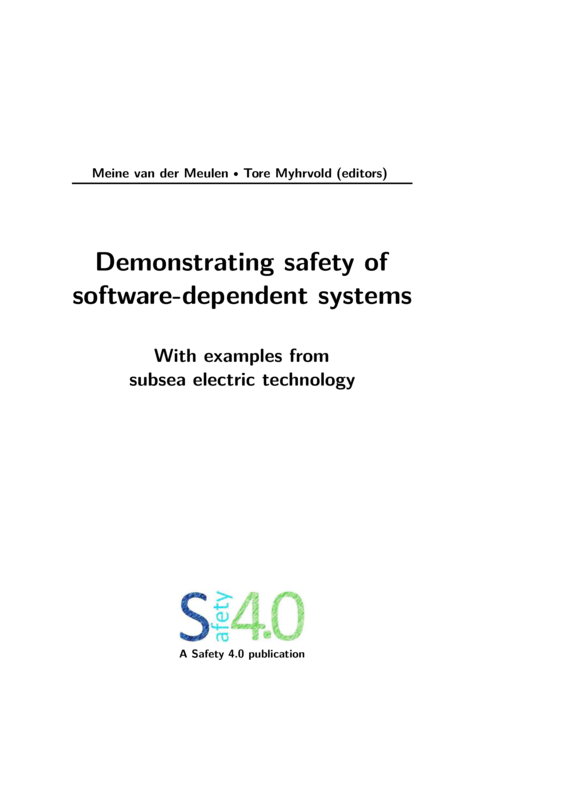 This book is a delivery from the Safety 4.0 project. We thank all the partners for contributions to the content, and the Research Council of Norway for funding. 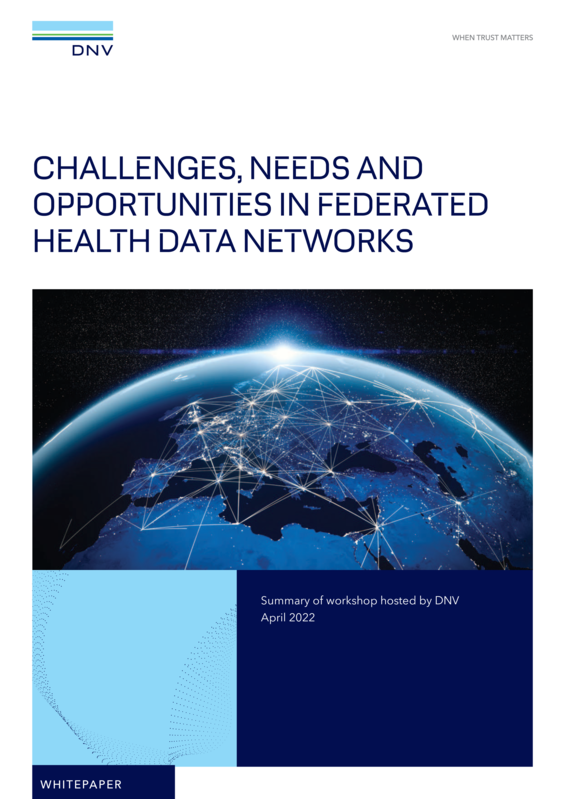 In order to identify the challenges, needs and opportunities of FHDNs, DNV’s Healthcare research programme hosted a workshop bringing together global FHDN pioneers at the forefront of establishing and operating FHDNs. This whitepaper summarizes the main discussion of the workshop. 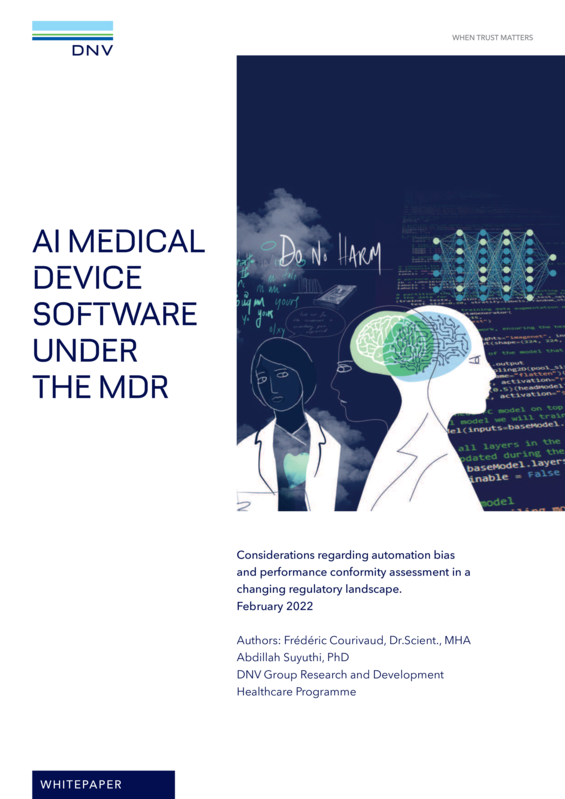 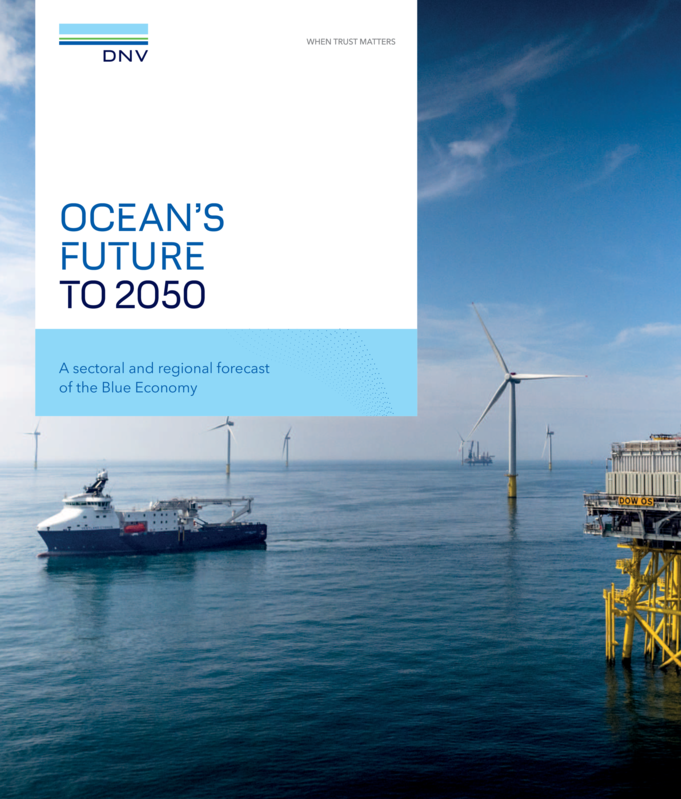 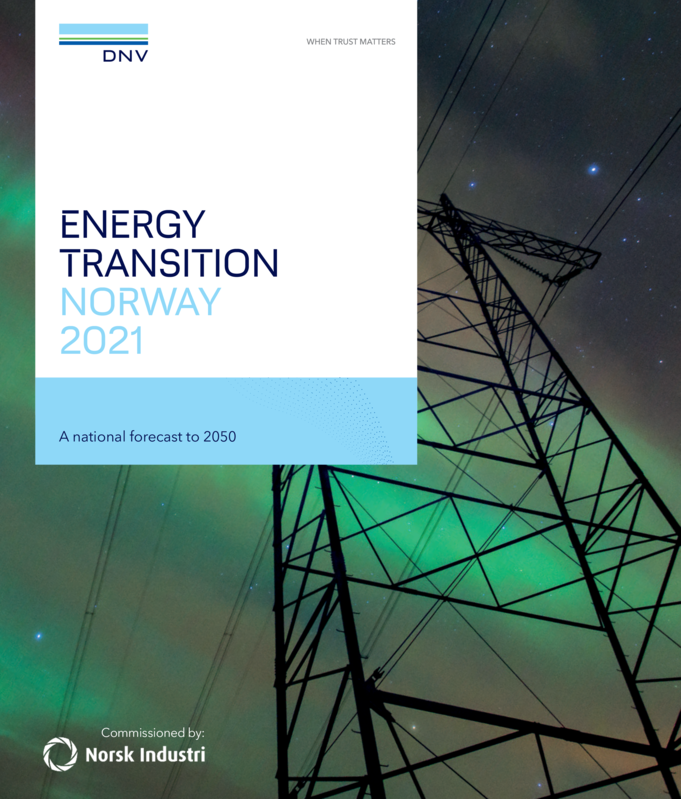 Is Norway on track to meet its energy transition targets? 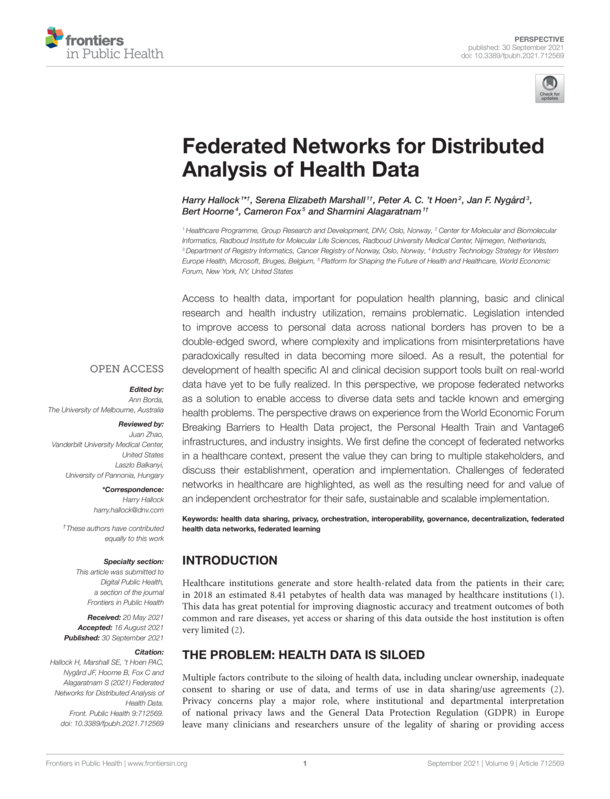 We propose federated networks as a solution to enable access to diverse data sets and tackle known and emerging health problems. 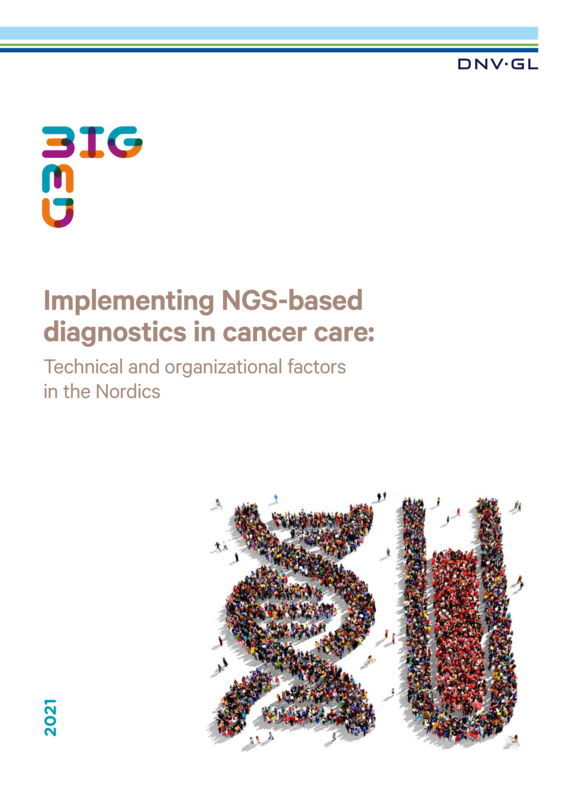 As part of the BigMed project we aimed to identify the organizational structures, processes, and systems that both contribute to and prevent broad NGS-based cancer testing across Nordic hospitals. 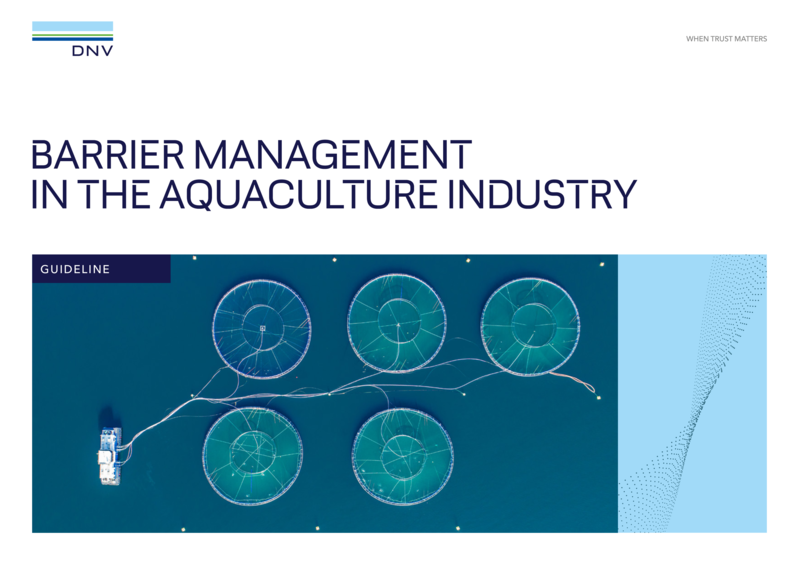 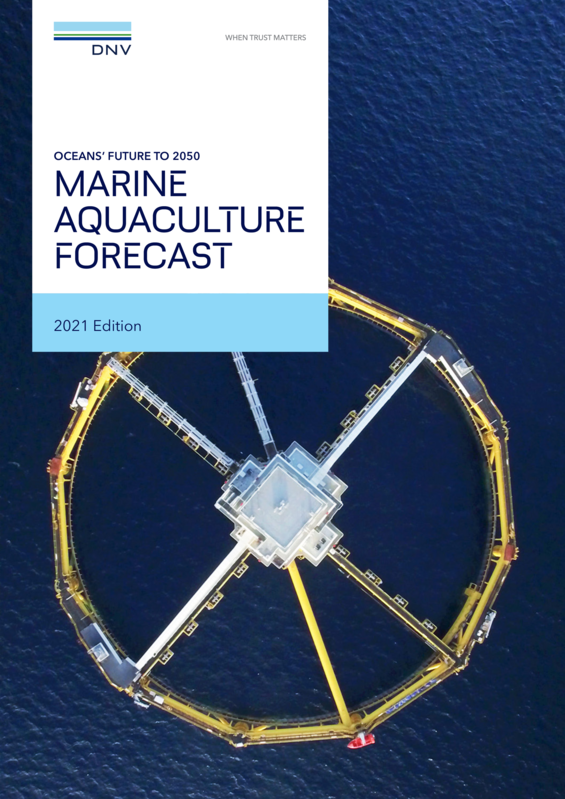 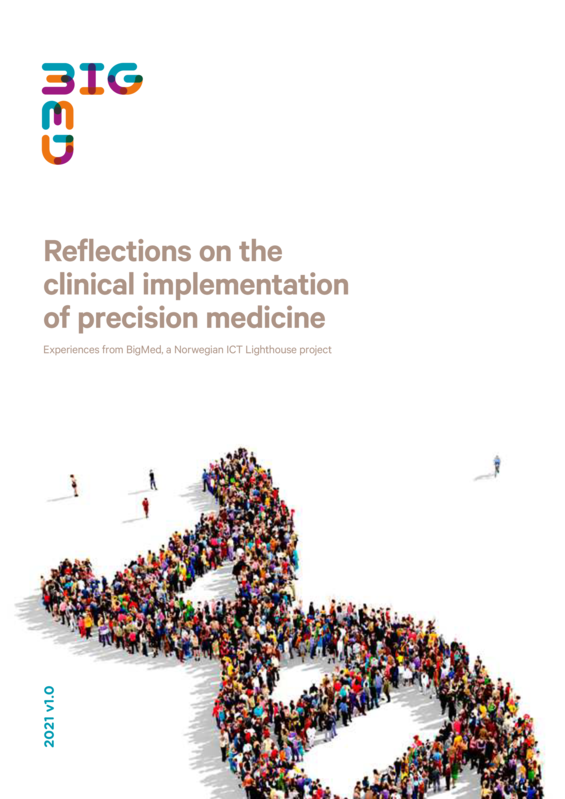 Reflections on the clinical implementation of precision medicine 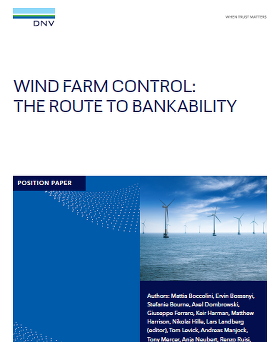 The route to bankability.