Accurate energy production estimates are central to the efficient financing and long-term viability of solar energy projects. Therefore, operational production shortfalls compared to pre-construction estimates are concerning to owners and investors alike. In addition to the positive implications for the cash flow and profitability of specific assets, consistent and predictable performance of solar projects in line with expectations ultimately leads to lower cost and greater availability of capital, and therefore lower levelized cost of energy for solar projects. As a leading Independent Engineer and provider of solar energy production assessments used for project financing, DNV seeks to advance the industry discussion on the causes and mitigations for any performance gap between preconstruction estimates and actual production, and to do so in as rigorous, data-driven, and transparent a manner as possible to provide increased investor confidence. It is therefore in the interest of stewarding the long-term success and sustainability of the solar industry, and facilitating a rapid and cost-effective energy transition, that DNV invests in its solar energy assessment validation cycle and publishes details of its results and methodology refinements.

DNV presented results from its initial solar energy assessment validation study of operational utility-scale solar projects in 2019 (“2019 Validation Study”) and followed up with an addendum published in 2021 (“Addendum”) which built incrementally upon previous results, expanded and diversified the data set, and evaluated the impact of methodology improvements upon the production shortfall observed in the 2019 Validation Study. The median of the project performance indices reported in the Addendum indicated a reduction in the production shortfall from 3.1% (reported in the 2019 Validation Study) to 0.8% after applying DNV’s most current modeling techniques.

Given that the 2019 Validation Study and Addendum relied on net production data reported by the Energy Information Agency (EIA) with no breakout of curtailment, availability, or other losses, DNV has subsequently sought to further confirm the reasonableness of its updated methodologies through further research using higher-quality data. This 2021 solar energy assessment validation (“2021 Validation Study”) leverages a subset of 13 projects for which granular production, curtailment and availability data were available. DNV provides updated discussion of its sub-hourly modeling error methodology, characterizes its data set, outlines the study methodology, presents updated validation results and interpretation, and identifies areas of future work.

DNV’s validation results demonstrate a distribution of performance, with some projects underperforming and some overperforming in comparison to DNV’s pre-construction energy estimates. The median of the project performance indices after correction for curtailment and availability, and application of DNV’s most current modeling techniques, indicates a 0.3% underprediction of energy production. After normalizing for curtailment and availability, terrain losses and sub-hourly modeling error account for the majority of the production shortfall versus original preconstruction estimates, with wind stow losses accounting for a small fraction. The results derived from more detailed performance data confirm the Addendum’s conclusions that the magnitudes of these losses are reasonable, and show that an appreciable portion of the remaining production shortfall for this subset of projects was attributable to curtailment and availability losses. 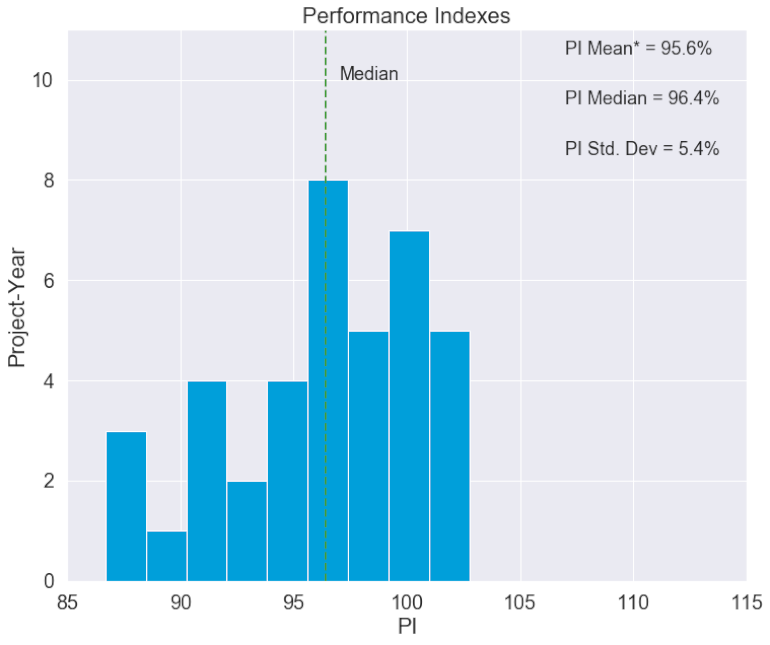 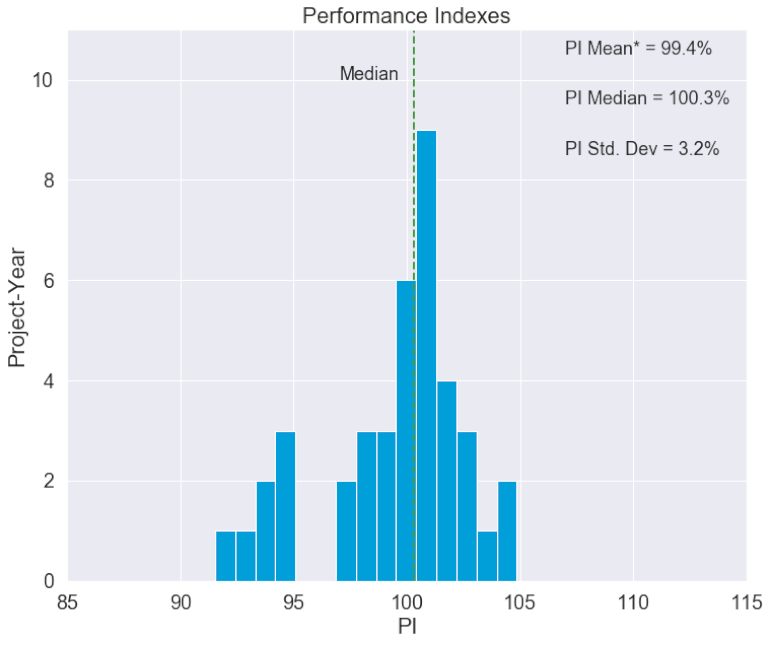 Listen to the podcast with Jackson Moore

More Than The Sun: A Solar Report Series