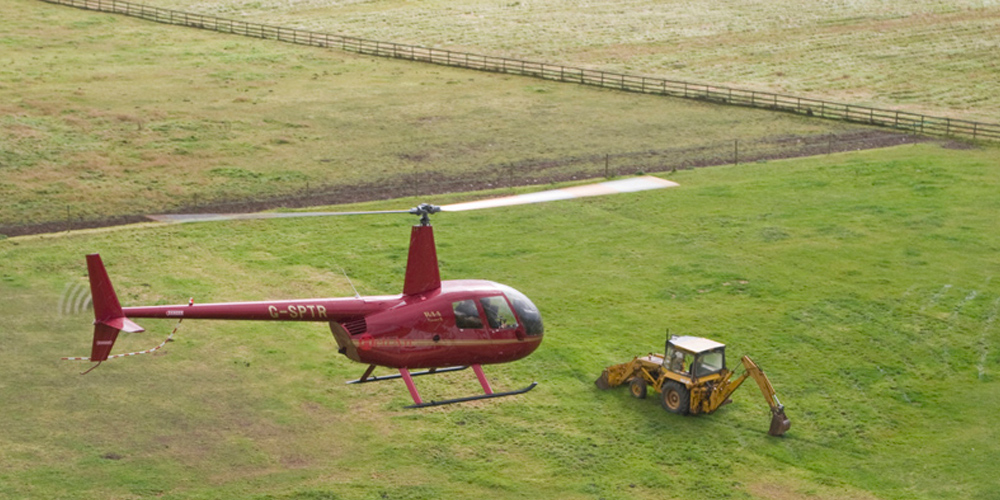 Helicopter crews flying patrols over high-pressure oil and gas pipelines for the detection of third-party interference, need an efficient method to track the surveyed sections, and a tool to accurately record all observations and efficiently report the patrol results.

The Raptor solution from DNV is a tailor-made software solution built specifically for oil and gas pipeline patrols. In the UK for instance, Raptor has been the market leader for over 20 years, having reported over 500,000 sightings across 10,000,000 km of pipelines patrolled. Raptor eases the aerial surveillance process for pipeline patrols, increasing accuracy and effectiveness of the reporting. The GIS-enabled software allows the helicopter crew to interact with detailed, bespoke maps of the pipelines during flight in real time, with an interface that easily and accurately allows linking of comments, observations and photographs. The user interface is designed so that the observer can efficiently enter potential threats to the pipeline (sightings), with a minimal number of clicks and in a matter of seconds. The data is uploaded to the Raptor website for review by the network owner. Optionally, the data can be pushed to the asset owner’s network allowing functionalities such as the automatic generation of work orders.

As the aerial surveillance crew flies over pipelines, the maps instantly and automatically update with a change in colour code, making it easy for the observer to see what section of the pipeline has been covered. This information is also included in the reports that are generated by the system, making it possible to efficiently demonstrate for audits that the aerial surveillance of the entire pipeline fulfils all regulations. Reports generated from Raptor are robust and can be easily shared with upper management and governmental authorities.

The Raptor pipeline patrol solution makes the flights and post-flight reporting more efficient. Crews using the software  operate more efficiently, spending less time in the air. The tool uploads photographs that are taken during the aerial surveillance and semi-automatically registers them with the sighting, based on matching times of the exposure to the time the sighting was reported. Within minutes of landing, the crew can easily upload the data to their servers, giving pipeline owners access to all the necessary data for reports. The data can also be uploaded during a flight, if necessary.

In the UK alone, pipeline patrol flights make approximately 20,000 observations of potential third-party interferences per year. Raptor is the leading software solution to ensure that these observations are reported thoroughly, accurately and immediately so that pipeline owners and operators can protect their assets.

The collected data can also be used for increasing efficiency – it shows percentage of pipeline flown, time used etc. Raptor pipeline patrol software can handle more than one helicopter in a sector during a patrol, easing the process and minimizing overlap.

Data science and machine learning in an industrial context

How can we help you with pipeline patrol and aerial surveillance?