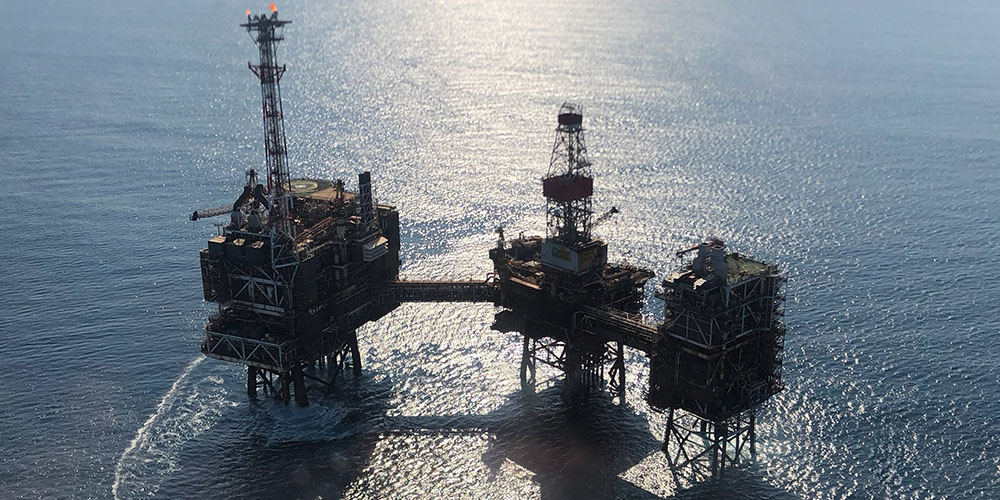 One streamlined and integrated software solution with Synergi Life

Going from a dozen different QHSE and risk related software systems in the North Sea to one streamlined and integrated solution was the goal. Serica needed to achieve switchover whilst maintaining seamless operation of one of the North Sea’s most important assets running at full production.

In 2018, Serica Energy took a gigantic step forward, joining the ranks of the leading mid-tier oil and gas companies when it took control of three assets in the UK North Sea: Bruce, Keith and Rhum – also taking over as field operator.

Of course, when Serica took over the assets, they needed to have all their own systems in place, ready for transfer of operations. Several of the software systems in use by the previous operator could not be transferred, so Serica faced the challenge of replacing software systems for around a dozen business processes.

In planning for the transition, the team at Serica knew that they wanted to use the market leading solution for risk management and incident reporting: Synergi Life from DNV. Synergi Life is a well-proven solution in the oil and gas industry, based on decades of domain expertise. So that choice was easy. After the decision was made to use Synergi Life, initially solely for incident reporting and risk management, Serica started looking at the many other areas Synergi Life could help them. Gradually, they expanded the scope of Synergi Life – opting to use an array of different modules in the Synergi Life portfolio to bring their business process and data into one, integrated system.

The plans grew steadily, and soon it was fourteen different business processes that were brought into Synergi Life. As the cutover day approached, user acceptance and testing took place, and data was transferred. When the switch happened over the course of one weekend, Serica were up and running immediately. They haven’t looked back. “The system had to be up and running from day one,” says Serica’s VP of Operations, Mike Killeen. “It couldn’t take weeks and months to train people.”

Serica brought over a team of 114 from the previous operator, BP, in addition to directly recruiting new employees. The company grew from seven people based in London to 140 people overnight. “Everybody had to be up to speed with how to use the software for incident reporting, risk management, action tracking, MOC, etc.,” he says. “From what we saw of Synergi Life we felt that it would work. And it did. We went live on day one with no glitches.”

“We took over on the Friday,” says Killeen. “By the Monday all the BP systems were off, and the Serica systems were standalone. In the meantime we continued to run our North Sea assets with no interruptions. “I have been involved in a few transitions, and this was one of the simplest,” he says. He says that part of the reason was Synergi Life, and how integrated it was. “We were able to put the data in and test it. And when it went live we were confident it would work,” says Killeen.

A large part of the success is that Synergi Life is so intuitive to learn. “It took a lot less time and effort than we anticipated” says Killeen. One clear example of the many benefits is the level of reported safety observations. Serica’s goal is that everyone should contribute at least one per week. Prior to using Synergi Life, the rate of bservations was 70-75% of the offshore employees. With Synergi Life, that number has often surpassed 90%, with an average of 85%.

“It’s easier to do. People aren’t intimidated by it. They’re just doing it,” he says. “We have more confidence that people are getting involved in safety conversations. Everyone’s bought into the safety culture,” he says. “We used to train every person who visited the installation for half an hour on the software. Now we save on training, as Synergi Life is so intuitive. No one trains you how to book a flight with EasyJet on the internet. It’s that simple.”

Other process improvements have led to huge efficiency gains. The regular risk meetings used to be concerned about data input and quality. But with Synergi Life, the quality of the data is trusted – and the visualisations are immediately available in the form of risk dashboards. Now the meeting is spent discussing actual risk and actions.

Automatic updates from Synergi Life mean that Killeen is immediately up-to-date on risk levels, and notified of any flagged items automatically each morning. The success of the implementation of Synergi Life has led to Serica bringing more processes into the system. The current tally is that Synergi Life has integrated 14 different business processes and more than a dozen different legacy software tools.

The big picture is that Serica now has an integrated system, where trending and analytics across departments is done from one data source, at a lower total cost of ownership than using many different software solutions. They get value from their data in ways that was not previously possible.

Serica’s managers are impressed with the level of support and response time offered from the Synergi Life team at DNV, who have helped with tailoring the solution and other development requests. More for less. As Mike Killeen says: “We’re not going to lie – the price is very competitive as well.”

Serica is a British-based independent upstream oil and gas company with operations centred on the UK North Sea where they have the full range of exploration, development and production assets. Their main focus is on building a portfolio of properties where the company can utilise its technical, commercial and operating capabilities to add value to existing producing assets as well as to explore and develop new reserves.

Why we chose DNV - Digital Solutions: 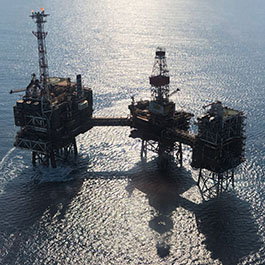 Synergi Life is so intuitive. No one trains you how to book a flight with EasyJet on the internet. It's that simple.
Mike Killeen,