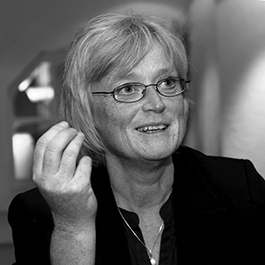 If we can avoid making errors, it's not acceptable that they may happen.
Annica Öhrn

Annica Öhrn was one of the healthcare pioneers when she started using Synergi Life in 2000. She and her co-workers have contributed to making Swedish healthcare institutions safer.

”We still have a lot of work to do,” says Ms Öhrn. “Too many patients are subject to decease or injury while the healthcare system is taking care of them. The sector is not safe, and will not be as long as we don’t succeed in changing the attitude that ‘it’s impossible to avoid damage anyway.’ If we can avoid making errors, it’s not acceptable that they happen,” Ms Öhrn says.

Ms Öhrn, who is patient safety coordinator at Östergötland County Council in South-Eastern Sweden, works with 12,000 employees at three hospitals and 41 health centres. They all report in Synergi Life as their only risk management system, and 500 of them are extensive users. In 2000 they realized that something had to be done about the repetitive occurences of misses and near-misses. The first step was to acquire Synergi Life as a risk management software tool to begin analysing the data, she says.

“At the time, there was no such thing as the term ‘patient safety’ in Sweden, only risk management. We had to start working on abolishing the unfruitful scapegoat mindset that had been dominating the sector for too long. We managed to show that this is not about individuals who don’t do their jobs well enough, but organizational reaches and bad communication.”

Through root cause analysis and risk analysis they started understanding the relations between risk management and the data they received from other kinds of analysis. Instead of assuming why things happened, they could now show real evidence. This sparked action.

“We were working reactively before, but now we are pretty good at the proactive side. We have built-in mechanisms that make it harder to commit mistakes,” says Ms Öhrn. “But we also work a lot on making employees keep the focus. We have to brainwash them into thinking about safety and reporting the two sides of the coin. We continually ask the managers to provide us with risk analysis reports.”

The people responsible for HSE in Östergötland go the extra mile. Instead of being content with their reported data, they are active in finding out how the registered cases actually happened. Another valuable measure is a pilot project using Synergi Life in nursing homes, allowing for sharing knowledge with a larger part of the healthcare system. Ms Öhrn says this is the only right path to follow, and that all regions in the country must join in and work with patient safety through the same tools and methods.

But there are other more general moves that should be made, says Ms Öhrn. “We need to get more attention directed towards safety consultants in the healthcare sector. A lot of effort is put into cutting costs and recruiting personnel, but little is done for patient safety. We have to set a price on a human life and make known the costs to society if a person has to be hospitalized for an extra week due to hospital malpractice. In HSE we must be aware of which expressions we use. We must make use of the same kind of rhetoric as the road construction industry and other sectors that are good at making budgeting powers listen.”

The Östergötland County Council is a democratically run organization with a distinct dividing line between political and operational activities. Its task is to promote public health according to the needs of the county population. The county council operates 40 care centres and four hospitals, of which the University Hospital in Linköping is the largest.