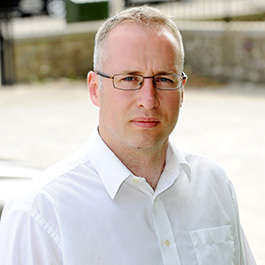 We have the ability to load the models created in other programs into Sesam. It's an easy and smooth process.
Robbie MacDonald-Lewis

Cost-savings for Optimus with Sesam software

Optimus has opened an entirely new business stream after adding Sesam software from DNV to its toolbox. Optimus has seen significant gains in cost-saving measures for its engineering practice through its use of Sesam for offshore structural engineering. The integrated engineering consultancy and project delivery company acquired the software in 2013 when they were handed an assignment that involved analysis of an integrity model that had been created in Sesam.

Since then, the addition of Sesam software for fixed structures to the company's toolboxhas proven to add major value to their bottom line. Not only did they gain from increased efficiency by using Sesam, saving many weeks of engineering hours, they also opened up a new business stream that has provided them with new assignments.

“Sesam opened up a very good stream of work for us,” says Robbie MacDonald-Lewis, senior structural engineer at Optimus. “We have moved into structural integrity and have started using Sesam for blast assessment for topsides”. Optimus currently uses Sesam for analysis of fixed jacket structures, topsides and FPSO modules. They are looking at hydrodynamic loads, wave loads, in-place analysis and temporary conditions, including jacket transport, loadout and lift analysis.

“We have the ability to load the models created in other programs into GeniE. It’s an easy and smooth process,” says MacDonald-Lewis. They then use the Sesam tool Usfos for further analysis, including non-linear dynamic analyses. “The models feed very smoothly into Usfos effectively allowing a single model to be used for a whole suite and analyses,” he says.

Before purchasing the software, they had been swaying toward Sesam, in part because it is very widely used in the industry, and because DNV is a trusted supplier. Since then, they have discovered that one of its most impressive strengths, according to MacDonald-Lewis, is the ‘concept modelling’ function – where connectivity between structural component, loads and design parameters is maintained throughout design alterations, and simple models can be built up to gain increasing detail quickly and easily. Various strength, fatigue, seismic and lift analyses are effectively performed on the same model.

“There is a flexibility with concept modelling that fits the way Optimus likes to work,” he says. “It’s quick to generate a basic model, and we can come back and add detail. This means that we minimize our engineering costs while achieving the level of design required. For integrity we can go from a jacket-only model to full platform model. And we always have the ability to interrogate the details when we need to.”

Another major advantage is the ability to import data files from many different sources. “Sesam is able to read in quite a lot of types of different data. Existing models, for example from SACS, are transferred in a smooth, efficient process. We wouldn’t be able to do the same in reverse.”

As an example, in just one project of many, Sesam’s ability to transfer data from other software saved countless hours. “We had to read data models of ten FPSO topside modules with couplers and additional details. Some of them were quite sizable, up to 2,300 tons. We probably saved a week’s worth of engineering work per module by transferring the data into Sesam” says MacDonald-Lewis.

MacDonald-Lewis started at Optimus in February 2013, and started using Sesam shortly thereafter. Optimus has a total of 28 structural engineers in the company, whereas the base analysis team is four people. There are five core users of Sesam. “It’s not an overly complicated piece of software to pick up, it’s very intuitive. DNV support is excellent and there is a great deal of resources available through the website. In addition the sales team is very helpful with licensing options and the best setup in order to optimize efficiency.

Optimus is currently using Sesam for detailed design of a 2000-ton topside for a wind farm substation. The design work for the project will be completed this year.