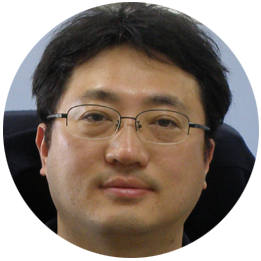 Maros and Taro are extremely important to us. These tools support our decision-making process and are very useful for the concept design of LNG plants.
Seog-Soon Kim

RAM analysis with Maros and Taro

Seog-Soon Kim is a senior research engineer at the LNG Technology Centre, part of KOGAS Research & Development division. Mr Kim is part of the team responsible for developments on LNG liquefaction and regasification systems and basic design for LNG receiving terminals.

”Maros and Taro are extremely important to us,” says Mr Kim. “When we make decisions, for example on how many pieces of equipment should be installed, and when we need to predict the efficiency of a specific design concept for long term operation, we use Maros and Taro,” he says.

“These tools support our decision-making process and are very useful for the concept design of LNG plants in the downstream industry, but also for analysis in the upstream industry,” says Mr Kim, who has been with KOGAS for 16 years.

Currently he is responsible for the design of LNG receiving terminals, including the processes systems, storage facilities, the utilities, and also everything on the LNG field R&D. Previously he has contributed to many projects, such as the development of the company’s membrane LNG tank, basic design of two Korean receiving terminals, Samcheok and PyeongTaek II.

Mr Kim started using Maros in 2010 when there was a demand for RAM studies due to requirements from international partners to assess the availability of plants at the design phase. Taro was implemented in 2011, when the R&D team expanded its area of work and wanted to model all of the LNG Supply chain. “Our team has the responsibility for the basic and detailed design for the construction of a small-sized LNG receiving terminal on Jeju Island, which is a very popular tourist destination in South Korea. We now have the ability to handle the entire design process, including import feed streams, basic design and detailed design,” he says.

Before using Maros (RAM analysis) and Taro (refinery design) he was familiar with DNV’s Phast software for process hazard analysis, but the opportunity to use Maros and Taro opened up a new area of experience for Mr Kim, who says he enjoys using the tools, and appreciates the resource that DNV represents as a business partner.

“Maros and Taro give useful information and raise the efficiency of plant designs by evaluating many parameters such as operations, logistics, resources and human resources,” says Mr Kim. ”Our team has planned to introduce these techniques abroad at plant design projects,” he says.

His team is currently completing the RAM review on the Jeju LNG receiving terminal design, which has a consumption pattern that shows significant fluctuation according to the seasons.

“That means that we need to consider many factors, such as LNG transport ship size, the number and size of vaporizers, and reasonable reliability data based on the fluctuation consumption rates. It’s difficult to forecast plant efficiencies with unstable consumption rates,” he says. But using Maros and Taro he is looking to get beneficial results.

“When we use Maros and Taro, we make decisions about equipment and process. Then we simulate our maintenance strategy during the lifecycle. If we achieve higher availability, we end up with a very effective plant design as a result,” he says. “This is actually quite similar to the strategy simulation PC game “Starcraft” which is a very famous in Korea, where you need to use resources effectively and simulate planned strategy,” he says with a smile.

What can Maros and Taro do for your company?