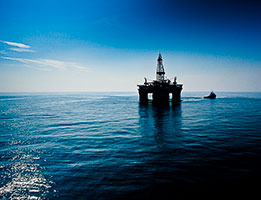 The foremost advantage we see is the seamless integration of work processes. For example, we could have the hydrodynamic loads transfer back to the structure model for global strength analysis, local strength analysis, fatigue analysis etc. You do not find that in other software.
Anis Hussain

Keppel use Sesam for semisubmersible design

The Deepwater Technology Group at Keppel Offshore & Marine has been using DNV’s Sesam™ products extensively for semisubmersibles for almost 20 years.

Since the early 1990s, Keppel’s Deepwater Technology Group (DTG) has used Sesam for its semisubmersible design. DTG, a technology division of Keppel Offshore & Marine (Keppel O&M), provides design and engineering solutions spanning semisubmersibles and various floating structures such as drilling tenders, accommodation semisubmersibles and drillships. In recent months, Sesam was used in the design of the sixth generation deepwater semi-submersible DSSTM 38E where Keppel O&M secured a USD 809 million contract from Sete Brasil in December 2011. In April this year, Keppel O&M signed a Letter of Intent (LOI) with Sete Brasil for five additional semi drilling rigs based on this design. The contract is worth USD 4.12 billion.

The DSSTM 38E design is innovative and cost-effective, rated to drill to depths of 10,000 metres below the rotary table in 2000 metres water depth. Scheduled for delivery in 2015, the rig is intended to support the exploration of Brazil’s estimated 50 billion barrels of deep sea oil and gas reserves. With improved capability and operability, the rig is suited to the stringent requirements of the deepwater “Golden Triangle” region.

“As the exploration of oil and gas reserves moves to less hospitable terrains and becomes more complex, technological capability is a key differentiator in the ability to remain at the competitive edge,” says Mr Anis Hussain, General Manager of DTG. “The drawdown of global oil and gas reserves has driven the search for hydro-carbons further into the ultra-deep realms of Brazil, the Gulf of Mexico, West Africa and the North Sea.”

“With the additional orders of DSSTM 38E design, this shows that we continue to reap the fruits of our technology efforts by winning the continued confidence of our customers,” says Mr Hussain.

Keppel O&M, a global leader in offshore rig design, has developed a range of proprietary solutions that have gained wide market confidence. By using software solutions such as Sesam, Keppel O&M deliver high quality projects safely, on time and budget.

A key factor for semisubmersible design is to properly compute the fatigue life for critical connections. Sesam for floating structures, the hydrodynamic analysis package of Sesam, was used to efficiently simulate and calculate the causes of damage.

Sesam for fixed structures, the offshore structural engineering analysis package of Sesam, was used to compute the global strengths and refined fatigue. “The foremost advantage we see is the seamless integration of work processes. For example, we could have the hydro-dynamic loads transfer back to the structure model for global strength analysis, local strength analysis, fatigue analysis etc. You do not find that in other software,” says Mr Hussain.