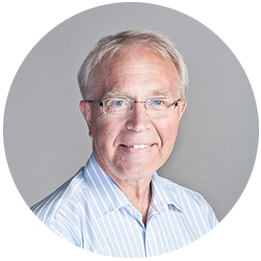 The authorities and customers can see where the risk is coming from. We suggest technical solutions and right away they can see the effect this will have on the risk contours.
Finn Pedersen

Denmark has some of the strictest regulations regarding ammonia storage of any nation in the world. Consulting company COWI was approached by a processing plant located next to a densely populated area. The local authorities were in dialogue with the plant owners concerning regulations that could have been so costly as to shut the entire workplace down permanently.

With the help of detailed quantitative risk analyses using DNV’s Safeti software, the authorities and meat processing plant owners were able to agree on, plan and implement measures that reduced risk in the ammonia cooling system used for refrigeration, allowing operations to continue.

COWI is an international consulting company headquartered in Denmark, with 6,200 employees worldwide, providing consultancy services within the fields of engineering, environmental science and economics. COWI’s Environment, Health and Safety department has been using Phast software for risk analysis for over a decade, and has been using Safeti since 2013.

COWI’s consulting project concerning the meat processing plant is in the final phase, after most of the recommended safety measures were implemented in 2014 and the remaining measures are being implemented in 2015. The plant is located in an urban area and approximately 10,000 people live or work within the area that might be affected in the event of an ammonia release. The plant was not previously covered by the European Seveso regulations and there was no requirement to carry out risk analysis, which is generally necessary for ammonia storage of more than 50 tons. Due to changes in Danish administration practice, bringing the level from above 50 tons to above 5 tons, the plant is now covered by the Seveso directive.

“Safeti’s extended risk reporting tool helped identify the scenarios that would contribute most to the risk, at different distances from the plant. This made it possible to focus on where safety measures could be introduced in order to provide the greatest risk reduction around the plant,” says Jan Boier Pedersen, specialist at COWI.

Finn Pedersen, Chief Market Manager at COWI, was project manager for the safety study. He says the requirements from the authorities “seemed rather heavy, almost impossible.” They were considering closing the plant. “We took the challenge and developed some advanced and novel technical solutions,” he says.

During the process COWI conducted many sensitivity analyses using Safeti software and looked at the risk reduction effect of different solutions. COWI ultimately advised the operator of the plant to introduce fast-acting automatic shut-off valves at selected points in the process and to install a water curtain to absorb ammonia released between the plant and the adjacent buildings. The effect of the measures was assessed using Safeti. Safeti was an important tool used to establish acceptable risk reduction measures. Danish authorities knew that DNV was a trusted name in safety.

COWI have used Phast and Safeti software for many projects, especially for small and midsized facilities, and for a wide range of different clients – for ammonia to fertilizer storage facilities to oil depots. Previously COWI has used Phast software as input to in-house risk calculations, now performed with Safeti.

“I really like the breakdown of the risk picture with risk ranking points in Safeti,” says Jan Boier Pedersen. “It’s a way to see where more detailed calculations are needed, and specifically where safety measures are needed to prevent a scenario.”

Finn Pedersen says his clients have been very satisfied. “They see the final results,” he says. “They like the risk contours, and the results that are drawn from the program. The authorities and customers can see where the risk is coming from. We suggest technical solutions and right away they can see the effect this will have on the risk contours.”

“Previously we had been using in-house models,” says Jan Boier Pedersen. “It was difficult to maintain the models, and often we had to modify the code, which meant we often had to redo calculations. Also it was difficult to explain the results to the authorities. With a third-party application created by DNV, the software is verified,” he says. “Phast (process hazard analysis) and Safeti (quantitative risk analysis) are very versatile tools due to the wide range of possible loss of containment conditions and consequences that can be modelled. They are very valuable when communicating a picture of the risk, to clients and public authorities,” says Jan Boier Pedersen.

Find out why industry leaders choose Phast and Safeti