Accelerating the global shift to a lower-carbon energy mix may be dependent on hydrocarbon and renewable energy technologies working together with the adoption of carbon capture and storage (CCS) at scale, according to DNV’s 2019 Energy Transition Outlook.

According to the Global CCS Institute, if global governments do not enact a well-designed policy framework to incentivize the creation of a self-sustaining market for CCS, including setting a higher carbon price than the cost of the technology, the private sector will not deploy CCS at the scale required to meet climate change mitigation targets. This is because there are multiple market failures and broader barriers to investment in CCS.[1]

CCS works by capturing carbon dioxide emissions at a large CO2 emission source. The CO2 is then compressed, transported to a suitable storage site and injected into rock layers deep underground. The injected CO2 displaces native reservoir fluids in porous geological formations while the low permeable rock layers form the barriers which will permanently trap it - similar to the way oil and gas has been stored naturally for millions of years.

DNV has been working with the CarbonNet Project in the Gippsland region in Victoria, Australia for eight years to provide assurance to stakeholders that the storage site for the project is characterized and qualified in accordance with industry best practice.

The aim of the CarbonNet Project is to collect CO2 emissions from industrial facilities in the Latrobe Valley, and store them at the project’s prioritized site, Pelican located more than 1,000 metres under the Bass Strait seabed.

To secure funding from the Victorian and Commonwealth governments and proceed with field investigations at the facility, the project performed work to ascertain the suitability of the Pelican site and provide confidence that CO2 storage in the proposed site will be permanent and safe.

To support the project’s pathway through key decision gates, DNV has facilitated expert panel reviews of the site characterization, modeling, monitoring and project plans as part of a multi-stage certification process. The initial step aimed to verify the storage site’s feasibility to store at up to five million tonnes of CO2 per year, for 25 years – the equivalent of the CO2 emitted by around one million cars in every year that it operates.[2]

This was followed two years later by verification of the original and revised appraisal plan.

The last independent review in 2019 verified that CarbonNet had carried out the technical work necessary to meet the requirements for the “Declaration of Identified Storage Formation”, which is a regulatory license preceding the CO2 injection license.

The investigations supported CarbonNet securing essential government funding and provided validation that the project was meeting key milestones towards the process of achieving the necessary licenses.

The primary value delivered through the certification was in securing confidence among stakeholders that the project team (within government) had progressed the work on qualification of the CO2 storage site in accordance with international best practice.

The CarbonNet Project is now proceeding to commercialization. Once in place, CarbonNet will enable new industries in the region, such as: fertiliser production and clean hydrogen for transport; heating; and industrial use, boosting employment and the local economy.

Internationally, some 23 commercial-scale facility developments are underway, capturing CO2 from industries such as natural gas processing and power generation, and the production of iron and steel, hydrogen, ethanol and fertilisers.

Along with the Pelican site in South East Australia, a further 20 facilities are in development globally to hasten a lower-carbon reality. 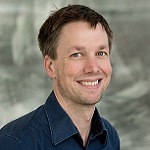 CCS needs to start with a bang, not a whimper