While burning natural gas emits about half the carbon of an equivalent amount of oil or coal, combusting hydrogen (H2) gas emits none at point of use.

Steam-methane reforming (SMR) is the main process used to separate natural gas, which is mostly methane, to produce H2 and carbon dioxide (CO2). Hydrogen can then be used as a lower-carbon fuel, while captured CO2 can be transported to, and stored in, depleted oil and gas fields through carbon capture and storage (CCS; Figure 1 ).

Some gas distribution system operators (DSO) believe that H2 can make the continued economic use of existing gas infrastructure more socially and politically acceptable in a decarbonizing world.

One such operator is the UK’s Northern Gas Networks (NGN), whose H21 programme director, Dan Sadler, manages the H21 programme. This government-funded initiative, led by NGN on behalf of Britain’s DSOs, is researching and testing the distribution of H2 in the UK’s existing natural gas networks. “The aim is to provide customers with all the benefits of gas without the carbon footprint,” he said. 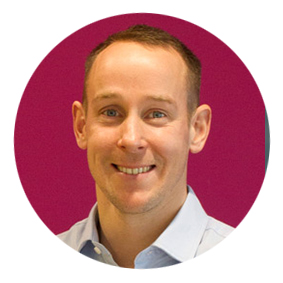 If the existing distribution network cannot be repurposed in a decarbonizing energy mix, it could effectively become a stranded asset that customers have already paid for”
Dan Sadler,

The H21 programme is based on the original H21 Leeds City Gate project. The project used a modelling approach to demonstrate the technical and economic feasibility of converting the natural gas (predominantly methane) network in this large UK city to 100% low-carbon hydrogen (Figure 2 ).

In H21’s vision, the low-carbon H2 would be supplied initially by SMR or by a process called autothermal reforming. Supply would transition to entirely sustainable H2 from global renewable sources in the latter part of the century.1,2

The world is watching H21, Sadler noted: “Countries all over the world have the same huge challenge to meet obligations set by the Paris Agreement and the Kyoto Protocol. Many get 40–60% of their total energy from natural gas, and the vision behind H21 has galvanized global interest in hydrogen because the solution is globally applicable and allows bulk availability of hydrogen at point of use.”

As in other nations with established gas distribution networks, most infrastructure for using H2 in the UK already exists. Sadler explained: “From an infrastructure perspective, we need new hydrogen-production facilities, CCS, and a new hydrogen transmission pipeline system. This is very small compared with the length of the existing UK gas distribution network assets which can be repurposed. But we first need evidence-based answers to important safety case and strategic questions.”

A significant project within the H21 programme aims to produce quantitative safety-based evidence to confirm, by 2021, that a 100% H2 grid would carry comparable safety risk to current networks supplying natural gas and/or town gas. The latter of these gases is a flammable, gaseous fuel mix containing 50% hydrogen. It is made, for example, by the oxygen-free combustion of coal, or from naphtha or a natural gas/naphtha feedstock.

The safety research is the focus of the GBP10 million (m) H21 Network Innovation Competition (NIC) initiative involving all UK DSOs and supported by the country’s gas and electricity markets regulator, Ofgem. DNV GL is among five organizations involved as primary partners. The company’s Spadeadam Testing and Research Centre is involved in critical studies whose findings will be used in quantitative risk analysis. 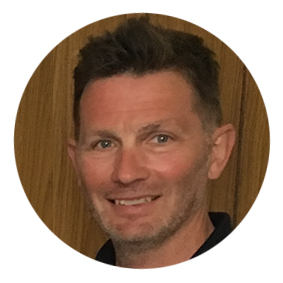 If we are to achieve impending climate change targets, we need to reinforce the will and the way to make clean hydrogen power a reality; it is a huge challenge”
Andy Cummings,

“We are looking to undertake a number of different experiments to examine the behaviour of hydrogen, such as dispersion rates, potential ignition sources, and analysis on large releases,” explained Andy Cummings, principal consultant with DNV GL - Oil & Gas, who is project managing the ongoing construction of test facilities for H21 at Spadeadam. “These results will assist in assessing the safety and operational aspects, and feed into the overall quantitative risk assessment being undertaken by DNV GL’s advisory team.”

The work builds upon the experimental research which has been undertaken for natural gas as part of the conversion from town gas, and will enable any changes to the safety risk to be mitigated.

Once the safety evidence is in place, there is “nothing other than political will” to stop converting gas distribution networks to 100% H2, Sadler said.

Having proved the technical feasibility of converting a large city’s natural gas grid to 100% H2, the H21 project is now set to describe in detail how gas supply could be similarly transformed in an entire region.

NGN will be publishing the H21 North of England (NoE) project in November this year (2018). This presents a ‘conceptual design’ for converting an entire region to H2 between 2028 and 2035. The region consumes about 85 terawatt hours (TWh) of gas annually. It has 3.7m gas meter points and 12.5% of the UK population across areas including Bradford, Huddersfield, Hull, Leeds, Liverpool, Manchester, Teesside, Tyneside, Wakefield and York.

The project design includes a 12.15 gigawatt H2 production facility; 8 TWh of inter-seasonal storage; all associated onshore infrastructure; and, the requirements of the associated CCS scheme scaling to 20m tonnes per annum by 2035.

The H21 NoE project could represent a credible first policy option for the UK government, following the completion of the last pieces of critical safety evidence provided by the H21 NIC and Hydrogen for Heat (Hy4Heat) programmes by 2023, Sadler suggested. Hy4Heat is a GBP25m government-led demonstration project ‘downstream of the meter’. It aims to establish if it is technically possible and safe to replace methane with H2 in commercial and residential buildings and gas appliances.

Encouragingly for advocates of H2, the UK government’s October 2017 ‘Clean Growth Plan’ shows conversion of natural gas networks to 100% H2 as one of the large-scale credible options for decarbonization.

Like most nations, the UK is committed under the Paris Agreement to reduce greenhouse gas emissions. It faces a challenge familiar around the world: in 2017, 44% of the UK’s 1,600 TWh energy consumption was for heat, with gas accounting for two-thirds (67%) of that consumption.3

“It is difficult to decarbonize heating demand,” Sadler stressed. “Hence, the importance of the H21 project, which in the upcoming H21 NoE report will show how that 100% hydrogen in UK gas distribution networks would mean 94% less greenhouse gas emission from heat using proven referenced technology.”

Educating the public has been the main challenge so far for H21, said Sadler: “We need to change the perception that it must always be a case of one energy source being the ‘winner’, such as electric versus gas or oil. We really need everything to provide a secure supply of affordable, sustainable energy. The choice should be based on which guaranteed low-carbon systems can be built in the timescales available.”

The world energy system simply must change if climate change obligations are to be met, he added: “Hydrogen is far less disruptive and far cheaper than any other alternative at comparable scale. It can be done at the right scale and at the right time to meet international and national obligations to decarbonize energy.”

Hydrogen can be traded and transported easily, and its large-scale production would catalyse a wide range of new economic opportunities and support faster, greater spread of H2 fuel-cell vehicles, he concluded: “When you look at all the benefits, you just ask yourself: why would you not want to do that?”

DNV GL is exploring how to change the timeline from hydrogen on the horizon to hydrogen in our homes, businesses, and transport systems