There is a substantial incentive for the subsea industry to meet these needs. If oil remains in a USD 60 per barrel (/b) to USD 70/b range, the subsea market could grow by about 7% annually up to 2025, according to Rystad Energy.1 The forecaster warned, however, that ‘a significant portion of this activity is at risk’ if the price of Brent crude oil falls to USD 50/b.

These facts of commercial life are sustaining an appetite for collaborating to standardize equipment and practices that enable cost-effective and safe subsea solutions. 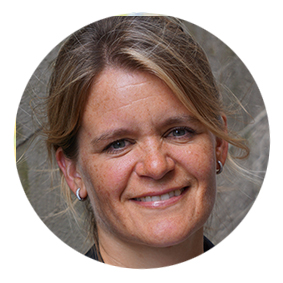 There is even more scope to cut costs for subsea parts, modules, and systems
Kristin Berg,

Berg added: “There is even more scope to cut costs for subsea parts, modules, and systems. With oil prices where they are, cost-efficient subsea solutions are needed for hydrocarbons to remain investable. The strong level of interest we are seeing for subsea JIPs matches the demand we are experiencing for advisory and verification services for customers in the subsea area.”

While cost is the top driver, subsea solutions also offer safety and environmental benefits, she noted. “They can enable the use of fewer personnel in hazardous conditions on a platform, and subsea has an intrinsically lower carbon footprint than topside.”

JIPs managed by DNV-led to a ground-breaking Recommended Practice offering criteria, technical requirements, and guidance on qualification, manufacture, and testing of carbon and low alloy steel forgings for subsea applications2; and, to quality management requirements for this.3 More recent DNV-led JIPs have resulted in new and updated recommended practices involving subsea welding and pumping systems.

It aims to improve on the current practice of major operators having company-specific requirements for such welding, in addition to requirements in API, ASME and ISO standards. The many project-specific welding qualifications involve significant lead time and cost. They also create uncertainty during tenders and project execution, as suppliers are prevented from standardizing tenders and manufacturing processes.

DNV-RP-B204 ensures high quality welds and consistent, repeatable fabrication processes. It lowers the cost and time involved by reducing project uncertainty and non-value-added work, and decreases the amount of qualification work performed in each project.

The JIP is continuing to extend the scope of the recommended practice to additional applications within subsea production systems.

Another DNV Recommended Practice, DNV-RP-F303 Subsea pumping systems, complements existing industry standards for such systems. It specifies normative and informative technical requirements for an entire subsea pumping system with pressure rating up to 1,035 bar (15,000 pounds per square inch) and water depths down to 3,000 metres. It applies to single phase, hybrid, and multiphase pump types.

The recommended practice aims to provide a comprehensive specification for subsea pumping systems, simplifying risk assessment and increasing the reuse of qualified technology. It seeks to reduce cost, and give predictability and confidence in a subsea pumping system. It also serves as a contractual reference document between purchaser and supplier, offering recommended roles and responsibilities among parties in the value chain to increase efficiency.

Standardized interfaces could be the next big frontier in subsea

Standardization involving whole subsea systems could gain impetus from a trend towards digitalization and electrification in the sector. Operators plan to operationalize all-electric solutions in frontrunner subsea projects from 2020. A new DNV GL study4 predicts that if implementation challenges are solved, all-electric will be applied to greenfield developments in sensitive areas and in deeper waters towards 2030, before becoming the mainstream option. “The industry now has normative standards and design codes for most of what it designs and engineers,” said Neil Brown, innovation & technology manager – Norway, UK & Canada, for subsea engineering, construction and services company Subsea 7. “Hardware and software interfaces for whole subsea systems could be the next big frontier in subsea standardization.” 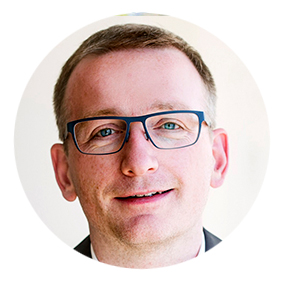 Hardware and software interfaces for whole subsea systems could be the next big frontier in subsea standardization
Neil Brown,

Having many different connectors does not create value, but having a standardized item does, Brown added: “It is easier for people trying to differentiate between two products if they have a standard way of connecting to other equipment or infrastructure.”

This approach has boosted innovation in other industries, he observed: “We can learn from the experiences of the automotive, aerospace, and IT hardware and software sectors. USB [Universal Serial Bus] connectors on personal computers are an example of a standard interface that enables innovation of peripheral equipment.” USB 1.0 became a de facto standard in 1996, only two years after seven computer and microchip companies began collaborating on its development.

Speeding up the demonstration of safety for novel subsea technologies

To speed the journey of innovative subsea technologies to commercial deployment, a DNV GL research project called Safety 4.0 is developing a framework of work processes, methods, and tools for standardized and quicker demonstration of safety for novel subsea technologies. It will introduce more highly integrated solutions, advanced use of sensor data and data analytics, and new safety philosophies.

The project, with oil and gas operator involvement, grew out of the observation that demonstrating the safety of novel subsea technologies can be complicated, because current standards may be hard to apply, and may have an in-built bias against new concepts.

“Safety 4.0 will be applicable in all oil and gas regions,” said Berg. “Our work with customers tells us that companies involved in subsea are eager to share and learn from best practice wherever it is implemented, and whoever is doing it.”

Find out more about DNV’s services to the subsea sector.