Hydrogen is central to oil and gas industry decarbonization as expectations for market growth surge, according to a new DNV GL report. Heading for Hydrogen says the time is right to begin scaling the hydrogen economy. It reveals that a fifth (21%) of senior oil and gas professionals say their companies have already entered the hydrogen market. In addition, half (52%) of the industry’s leaders expect hydrogen to be a significant part of the energy mix by 2030.

Assuring safety is a critical first building block in developing the use of hydrogen to decarbonize energy supply to homes in countries such as the UK, where there is high dependence on piping natural gas through extensive networks to provide the fuel for heating and cooking.

This will likely be one of the first widespread applications of hydrogen as an energy carrier. As plans materialize for hydrogen to be piped through neighbourhoods and into people’s homes, adoption of the decarbonized gas as an energy carrier will require all stakeholders to make the safety case – both real and in the minds of the public.

Gas distributors such as Northern Gas Networks (NGN) are advocating for the UK Government to support hydrogen in the home as part of the country’s decarbonization strategy, and to subsequently make the policy decision that hydrogen can be used as a low-carbon fuel for heat. The distributors want to be allowed to repurpose their natural gas networks to transport hydrogen safely and effectively. This way, they could decarbonize their activities to maintain their social license to operate the networks, while also supporting the UK’s goal to achieve carbon neutrality by 2050. 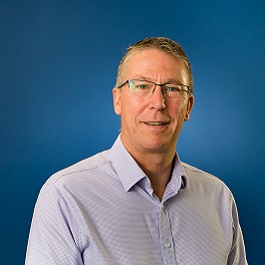 We really need to be able to demonstrate that we have proved our safety case for hydrogen, and that it is as safe as natural gas
Tim Harwood, head of programme management, Northern Gas Networks

“To be able to do that, we really need to be able to demonstrate that we have proved our safety case for hydrogen, and that it is as safe as natural gas,” said Tim Harwood, NGN’s head of programme management. He has responsibility for H21, a project managed by NGN for all UK gas distributors and funded by Ofgem, the UK gas and electricity markets regulator. H21 is establishing the critical safety evidence needed to inform policy and prove that a hydrogen gas network is equally as safe as the natural gas grid heating UK homes today.

Three ordinary-looking houses are playing a central role in multi-million-dollar tests to prove that safety case. The houses at DNV GL’s Spadeadam Testing and Research facility look like a million terraced homes around the UK. But DNV GL has specially designed and built this row of buildings that it calls ‘HyStreet’ to conduct safety testing for both H21 and the UK Government’s Hy4Heat programme. Hy4Heat aims to establish if it is technically possible, safe, and convenient to replace natural gas with hydrogen in residential and commercial buildings and gas appliances.

Experts at Spadeadam are comparing what happens if hydrogen and natural gas leak from networks or in buildings, and the relative risk and possible consequences of them igniting. The testing results from H21 and Hy4Heat are due in the fourth quarter of 2020.

The following NGN video updating the H21 safety testing story at the end of 2019 explains HyStreet’s role. It explores how analysis at DNV GL’s Loughborough laboratories in the UK is helping to develop a quantitative risk assessment (QRA) for the operation of a hydrogen gas network:

Quantifying hydrogen risks outside and in the home

The testing at Spadeadam for H21 assesses how hydrogen leaking outside the houses can move differently in varying soils before breaking the surface. Hydrogen from a bank of cylinders reaches the houses through 27 different service pipelines chosen to represent the types and diameters of distribution pipes in the UK. Eighteen potential release points in the mains can be opened and closed. The experiments are also seeing how leaking hydrogen from the ring main can track in different ways through street furniture such as kiosks, and from other ducts that may have been installed for utilities.

Having full-size properties is a great benefit for testing in conditions as close as possible to those found in supplying and using gas in real homes
Dan Allason, head of research and innovation at Spadeadam, DNV GL - Oil & Gas

“Investing to build HyStreet underlines our own commitment to assisting the development of a hydrogen economy in the UK and elsewhere in a world, where there is considerable interest in the outcomes of the testing for H21 and another programme, Hy4Heat,” said Dan Allason, head of research and innovation at Spadeadam, DNV GL - Oil & Gas. “Having full-size properties is a great benefit for testing in conditions as close as possible to those found in supplying and using gas in real homes.”

The testing programme for Hy4Heat investigates what happens if the leak is in the home itself. Numerous release points within the buildings can be used to simulate leaks of hydrogen within the properties. The houses are representative of UK housing stock, but with individual nuances to give as wide a representation as possible of different house types across the UK. Variations include: a suspended wood floor, typical in UK housebuilding; a solid concrete floor, found in some modern homes; a basement, not uncommon among older properties; and an attached garage.

Funded by Hy4Heat, the kitchens are fitted with familiar appliances and services such as natural gas, electricity and water, and connected to a drainage system. There the similarity ends. Each house is also fitted with some 75 sensors to detect and measure hydrogen concentrations at various heights in every room.

“We are really pleased that we have been able to partner with DNV GL over Phase I and Phase II of H21, because it is renowned and respected worldwide for being a leader in many types of safety-related consequence testing,” said Harwood.

“Projects such as H21 and Hy4Heat illustrate how collaboration among industry, governments, and other stakeholders is essential for the wider adoption of hydrogen. They help to ensure pilots and experiments lead to robust safety standards for hydrogen use,” noted Allason.

While testing progresses at Spadeadam, discussions are underway to eventually use HyStreet to demonstrate the safe, efficient use of hydrogen-fuelled boilers, cookers, and other appliances. Work has already begun on the installation of boilers. “We very much hope that HyStreet houses and the external infrastructure can be used to benefit the hydrogen economy going forward,” said Harwood. “We look forward to kitting out the showhome. It could be used across public relations, and for training and competence applications in the future. We need to maximize the use to elongate the lifespan of a great asset.”

The concept harks back to showrooms used to demonstrate appliances after the UK switched to natural gas in the 1960s. “I think that when we get to do larger-scale conversion to hydrogen, all those things will return and could include mobile facilities as well,” said Harwood. “Work will also need to be conducted on social science aspects, including public perceptions, if we are to get the acceptance of hydrogen that we will need.”

As part of H21, Leeds Beckett University is exploring baseline perception in the UK of 100% hydrogen conversion, including conducting workshops with members of the public. Key early findings are that support for conversion can be achieved once key issues around safety, environmental benefits, cost and minimal disruption to people’s lives have been discussed. H21 plans to publish detailed analysis of findings at the end of 2020.

Get essential insight into how the world is heading for hydrogen

Hydrogen as an energy carrier

What do the public think about hydrogen?