Governments worldwide are showing increasing interest in hydrogen as a clean energy carrier to complement electricity in decarbonizing national energy systems. Hydrogen’s various production paths and use for storing and transporting energy make it a flexible option for linking diverse sources of power generation with transmission and distribution networks (Figure 1).1

Recent and emerging national hydrogen strategies, roadmaps, and similar initiatives share a common driver. They are seen as part of the solution to meeting national commitments to reduce greenhouse gas emissions under the 2015 Paris Agreement.

“Hydrogen can address multiple energy policy goals at the same time: the transition to a cleaner energy system, diversifying the fuel mix, and improving energy security,” said Dr Fatih Birol, executive director of the International Energy Agency (IEA) in a recent address to the agency’s new high-level workshop on hydrogen.2 The IEA is itself working on a major new study assessing the state of play for hydrogen, its economics, and future potential. 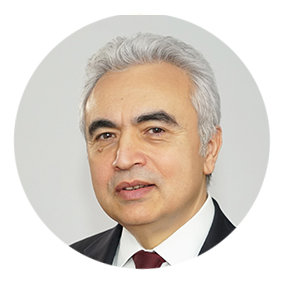 The Hydrogen Council estimates that USD280 billion in global investment is needed from now until 2030 to fully realize hydrogen’s role in the energy transition. One reason for this forecast is that the hydrogen value chain is now supported by mature technologies being demonstrated in pilot projects globally. On this point, the Australian government’s independent research agency, the Commonwealth Scientific and Industrial Research Organisation (CSIRO),3 has noted: ‘The narrative has shifted from one of technology development to market activation. This involves the transition from emerging technologies to bankable assets, similar to what has recently been observed in the solar photovoltaic industry.’

In addition, DNV GL’s new research paper, ‘Hydrogen in the electricity value chain’, concludes that production of hydrogen from electrolysis will become competitive with production from natural gas.

Priorities and strategies vary by country according to their natural resources for generating power, infrastructure for storing and transporting energy, and economic and social development priorities. Here are the emerging strategies for a selection of nations:

The UK: R&D progresses on hydrogen to decarbonize heat in buildings

The primary focus is decarbonizing heating in buildings. The UK government’s 2017 Clean Growth Plan views conversion of natural gas networks to 100% hydrogen as one of the large-scale credible options for decarbonization.4

Several gas distribution networks in the UK are working on projects to inject 100% hydrogen, or hydrogen and natural gas blends, into the network by 2030. Gas distributor Cadent is leading a field trial that plans to inject such a blend into a small-scale network at Keele University starting in 2019.5 “If successful, these trials will be extended to the open network”, predicts Sarah Kimpton, innovation lead, DNV GL - Oil & Gas. “Other UK projects are investigating 100% hydrogen networks, either in new polyethylene pipeline networks, led by gas distributor SGN, or by repurposing the existing natural gas network.”

The government-funded H21 North of England initiative – led by gas distributor Northern Gas Networks (NGN) for all UK distribution system operators – is researching and testing the distribution of hydrogen in the country’s existing natural gas networks. It currently proposes that conversion should begin in 2028, with expansion across 3.7 million properties over the following seven years.6 A six-phase additional rollout could see 12 million more homes converted to hydrogen by 2050. 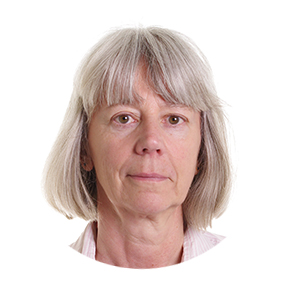 Gas network operators say sufficient hydrogen can be provided to decarbonize heat in the UK within the timescale for meeting climate change obligations”
Sarah Kimpton,

Gas network operators say sufficient hydrogen can be provided to decarbonize heat in the UK within the timescale for meeting climate change obligations. The alternatives are limited because 90% of customers are connected to the gas network and there is substantial inter-seasonal variation in demand for heat,” Kimpton said.

DNV GL’s Spadeadam Research and Test Centre is performing critical safety studies, the findings of which will be used in the quantitative risk analysis assessment for H21 to support the safety case. The company is also co-leading the European HYREADY project to develop guidelines for transmission and distribution system operators to prepare their natural gas networks and operations for the injection of hydrogen. “We have consulted the industry and are talking to consumers about what it means. The UK government is looking at the networks being repurposed to be 100% hydrogen or as close as possible to zero carbon by 2050,” explained Kimpton.

Netherlands: Hydrogen to play a role in transition towards renewable energy

The Netherlands’ government is preparing a hydrogen roadmap,7 though more than 100 hydrogen initiatives are already under development. This number is growing as the country prepares to face a twin energy challenge. The government will cut production at the Groningen gas field from about 22 billion cubic meters (bcm) in 2018 to 12 bcm per year by 2022 and to zero by 2030. In February 2019, the Netherlands became a net importer of natural gas for the first time since the field was commissioned in 1963.

The ambition of the recently presented Dutch Climate Agreement is to install three to four gigawatts of electrolysis capacity in 2030. Preparations will be also be made in the coming years for a national hydrogen transport and storage infrastructure. From 2019 until 2030, the government will contribute EUR30–40 million extra subsidy per year for demonstration projects in the field of hydrogen. 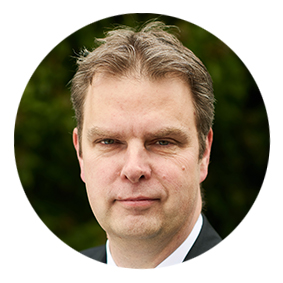 From our central location to our energy experience, we have a lot of the elements available to be a successful country in making this [energy] transition”
Johan Knijp,

“The Netherlands is beginning a huge transition towards a renewable energy system,” said Johan Knijp, area manager, the Netherlands, DNV GL – Oil & Gas. ”First steps have been taken to construct an overarching masterplan to prepare infrastructure for hydrogen transport, and to combine electricity and gas infrastructure.”

He added: “In the coming years, we will see changes in the value chain, with new players entering this burgeoning hydrogen economy. From our central location to our energy experience, we have a lot of the elements available to be a successful country in making this transition.”

A governmental working group in Australia is working on a hydrogen strategy for the period 2020 to 2030, and aims to complete a draft by the end of 2019. It is looking at hydrogen for exports, transport, distribution in domestic gas networks, industrial users, and to support electricity systems. It is also examining cross-sectoral issues and opportunities.

In an existing national hydrogen roadmap for Australia, the government’s independent research agency CSIRO lays heavy emphasis on export opportunities alongside domestic uses. Potential demand for Australian hydrogen in key markets China, Japan, South Korea and Singapore could rise from nothing now to between 26,000 and 340,000 tonnes in 2030, according to estimates for the Australian Renewable Energy Agency (ARENA).8 The forecasted range for 2040 is 600,000 to three million tonnes. Many factors can accelerate or slow the development of hydrogen uptake in countries and regions worldwide (Figure 2).

A hydrogen export industry would need extensive production, storage, and transport technologies. However, lessons can be learned from the planning and execution of liquefied natural gas mega-projects in Australia, the CSIRO roadmap notes.

Among the key targets for Australian hydrogen, Japan aims to become the ’first hydrogen society’.9 Hydrogen-fuelled transportation is a key part of Japan’s Basic Hydrogen Strategy. This strategy includes developing an international supply chain for the liquefied form by the mid-2020s, with commercial operation in the 2030s. A Japanese-Australian consortium is building a pilot plant for a proposed multi-billion-dollar facility to convert brown coal in Australia to hydrogen at a specially-designed complex operated by Australia’s largest power company. The idea is that the hydrogen will be liquefied, stored, then shipped to Japan, with the first shipment scheduled for 2020–2021.

Norway: Picking up pace on hydrogen for transportation

Following several years of small-scale local initiatives and low budgets, Norway’s government is creating a national strategy for hydrogen technology R&D and use. It is considering methods of hydrogen production and storage, and uses in transport, particularly maritime.10 For example, it will also consider creating a market for renewable hydrogen produced by electrolysis and powered by wind, in a country that otherwise leans heavily on hydropower. DNV GL has delivered to the government a report on production and use of hydrogen in Norway towards 2030 as part of the knowledge base for forming the strategy.

Among other developments in Norway, the Uno-X Hydrogen joint venture between retail energy company Uno-X, gas firm Praxair and technology provider Nel Hydrogen aims to build 20 hydrogen fuelling stations by 2020. This will serve major cities in Norway and is based on a similar network deployment in Denmark. Another initiative is HYBRIDShip – Hydrogen and Battery Technology for Innovative Drives in Ships. It aims to convert an existing diesel-powered ferry to hydrogen by 2020. 11

Jørg Aarnes, senior principal engineer, DNV GL - Group Technology & Research, said: “Hydrogen can be competitive for heavy trucks and long distance buses, and also for passenger trains on railroads that are not electrified. However, national and local authorities could stimulate its use further through incentives for considering and developing lower-carbon concepts involving hydrogen.”

DNV GL’s latest rules and regulations for hydrogen as an alternative fuel were published in January 2018. Working closely with the European Maritime Safety Agency (EMSA), the company also produced the EMSA Study on the Use of Fuel Cells in Shipping under an agreement with the European Commission and in support of EU Member States.12