Demand is growing for new onshore pipelines; more than 276,000 kilometres (km) will have been installed globally between 2017 and 2021.1 More pipelines will mean more failures unless the frequency of such events can be reduced. Research affirms that analysis of the mechanistic and root causes of past failures in gas transmission and hazardous liquids pipelines could significantly enhance safety and efficiency when developing new projects and optimizing existing networks.

The US has a particular interest in pursuing a deeper understanding of failures. It has the world’s largest network of onshore pipeline infrastructure (figure 1). In 2015, there were 482,000km of gas transmission pipelines2 and 332,000km of pipelines for natural gas liquids, crude oil, and petroleum products in the US.3 More than half of the country’s gas and hazardous liquids pipelines were constructed in the 1950s and 1960s, according to the US Department of Transportation.

“The US faces substantial challenges in keeping existing transmission pipelines operating safely and cost effectively, and to ensure that new pipelines will be even more reliable for operators,” says Dr David Norfleet, head of section, incident investigation, DNV GL – Oil & Gas. “In-depth analysis of data from previous pipeline failures can assist in meeting these needs.”

The benefits of failure investigation

Experts at DNV GL’s laboratory in Columbus, Ohio, US, perform more than 100 failures investigations annually for pipeline operators. This provides insights for proactive management of pipeline integrity so that similar incidents do not occur.

“Our work gives us access to data on a large number of failures and to many perspectives on them across various geographic regions,” says Norfleet. “It allows us to examine in detail the mechanisms behind failures as well as trends pertaining to these mechanisms. This identifies emerging or previously unrecognized pipeline integrity threats. In recent years, this approach has exposed additional threats whose severity was not understood or appreciated before.” One such example is methanol-induced stress corrosion cracking (SCC).4

The company is encouraging the industry to share failure data using DNV GL as an independent data custodian. The aim is to facilitate further in-depth analysis for safer, more reliable pipeline projects and operations. 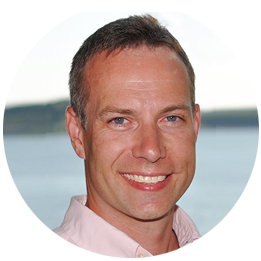 “What we have done so far is just a starter dish before the real meat and potatoes. It can motivate the industry to pursue deeper insights”
Dr David Norfleet,

As a precursor to this work, DNV GL has mined data from 168 of its own investigations and 3,191 pipeline incidents, reported statutorily by the industry to US regulators, to simply look for trends between service life of the asset and failure mechanisms.5

For both sets of data covering the period 2011 to 2015, materials, welding and equipment feature prominently in the causes of failures alongside corrosion (figure 2). Damage during excavation and by natural and other outside forces are other significant causes.

DNV GL’s own investigations show pipeline failures are typically most frequent in the first five years and between 45 and 65 years of service life (figure 3). Non-corrosion related problems are relatively more common than corrosion early in the asset’s life.

“This is not to underestimate the importance of corrosion associated with early pipeline failures,” assures Norfleet. DNV GL found instances of microbial-influenced corrosion, DC stray current, and ethanol-induced SCC contributing in this regard in the pipeline system.

Over the last several years, the Columbus laboratory has observed some incidences of stray current corrosion manifesting as pinhole leaks even from day one of pipeline operations, for example.

“These situations can be prevented by using failure analysis to improve the design of capital expenditure projects; by applying basic metallurgy principles and taking a more sophisticated approach rather than simply meeting statutory requirements,” Norfleet advises.

Similarly, non-corrosion related issues remain important in late-life failures, many of which relate to problems with girth and seam welds.

Getting to the root of pipeline failure

DNV GL’s initiative has validated that the company’s own findings do not conflict with statistics from the US Department of Transportation Pipeline and Hazardous Materials Safety Administration (PHMSA), but it is only a start. The two data sets studied have not taken into account the age profiles of pipelines in which failures have occurred, for example.

“We cannot say whether normalizing the dataset by mileage would change the picture, but what we have done so far is just a starter dish before the real meat and potatoes,” says Norfleet. “It can motivate the industry to pursue deeper insights. We hope to extract more data from our prior investigations to gain more fundamental knowledge and a better understanding of the conditions that contribute to each failure mechanism.”

Additional analysis of the data could include extracting information such as pipe chemistry, the type of anti-corrosion coatings, mechanical property data and seam type, local environment and soil data, and data from cases prior to 2011, for instance.

Even greater understanding of pipeline failures could spur the industry to examine its practices and enhance safety, improve reliability, reduce methane emissions, and lower costs.

To advance the cause of greater understanding, DNV GL is designing a collaboration platform for data pooling and integration. While there are constraints on accessing “sensitive” failure information from operators, Norfleet hopes the industry will become more comfortable with sharing such data. ”To move this forward, we can offer a high level of comfort that data will be anonymized in such a way that the operator is not identified and it is impossible to extract their unique failure data from the entire data set,” he says.

Encouragingly, one pipeline company has already given DNV GL permission to data-mine all of the operator’s failure investigations performed by DNV GL on an anonymous basis.

These competences can be accessed through DNV GL’s regional offices and 14 laboratories around the globe.

DNV GL is a trusted curator of data for other aspects of the oil and gas industry: the continuously updated Worldwide Offshore Accident Databank (WOAD) and the Offshore and Onshore Reliability Database (OREDA).

Through WOAD’s 7,000+ entries, the company has a close view of issues involved in gathering data from multiple stakeholders willing to set aside rivalries to collaborate to improve safety offshore.

DNV GL quality assures and anonymizes data for OREDA, a multi-stakeholder, mutli-phase programme that pools data on the reliability of various types of safety equipment.

”Pooling data through OREDA means participants get back eight times more to add value to their reliability assessments and maintenance/operations planning, for example,” explains Molazemi.

Figure 1: Pipelines fuel the US safely and reliably