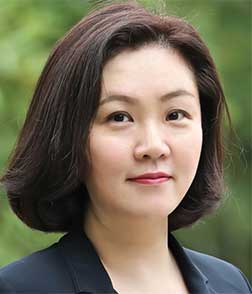 Only 14% of Koreans expect cost management to be the top priority in 2016.

Only 14% of senior oil and gas professionals in Korea expect cost management to be the top priority in 2016, 27 percentage points below the global average, according to a new research report published today by DNV GL, the leading technical advisor to the oil and gas industry. More than half believe their organization’s response to the downturn has primarily focussed on short-term value in the headcount (57%) and overall cost base (66% compared to 49% globally).

According to A New Reality: the outlook for the oil and gas industry in 2016, a DNV GL report based on a survey of 921 senior professionals in the sector1, only 29% of respondents in Korea say they are preparing their company for a sustained period of low oil prices, compared to 73% globally. In line with the lack of cost-cutting focus, not a single Korean respondent believes their organization has been highly successful in achieving cost-efficiency targets over the past year, compared to 18% globally.

Arthur Stoddart, regional manager for Korea, Greater China and Japan, DNV GL – Oil & Gas, says: “It is a concern that many Korean oil and gas professionals believe their company has taken a short-term approach during the downturn. The industry globally has a ‘lower for longer’ view on the oil price and the sector in Korea must not rely on the oil price bouncing back. Korean companies need to accelerate meaningful long-term cost-management changes to adjust to the new reality. That means cutting complexity and increasing collaboration and standardization, which will put the industry on a sustainable growth path for the long term.

”DNV GL is currently leading a JIP with Korean yards that will establish a new international standard for offshore oil and gas projects and it's encouraging to see that 40% of Korean respondents plan greater involvement in JIPs in order to maintain innovation within a cost-pressured environment, compared to 30% globally.”

Korean respondents also have a greater focus on R&D investment, with 31% planning to increase or ring-fence in-house R&D budgets from cuts, compared to 15% globally.

Elisabeth Tørstad, CEO of DNV GL – Oil & Gas, says: “While the industry is understandably preoccupied with generating shorter-term value, we must also keep an eye on where longer-term value and permanent efficiency gains can be achieved. Innovations will be a key enabler for that. While nearly one in five global companies does not have a strategy in place to maintain innovation, it is encouraging to see that Korea has a high focus on R&D and joint industry projects to do just this.

“At DNV GL, we are continuing to invest 5% of our revenue in R&D as we see this as a key enabler for sustainable long-term competitiveness,” continues Elisabeth Tørstad.

In Korea, enhanced oil recovery is expected to be the technology with the greatest impact on the wider oil and gas industry in 2016 (29% of respondents), followed by advanced materials (26%) and big data and analytics (23%).

1. A New Reality: the outlook for the oil and gas industry in 2016 is an industry benchmark study from DNV GL, the leading technical advisor to the industry. Now in its sixth year, the programme builds on the findings of five prior annual outlook reports, first launched in early 2011. During October and November 2015, we surveyed 921 senior professionals and executives across the global oil and gas industry. More than a third (35%) of respondents work for oil and gas operators, while 60% are employed by suppliers and service companies across the industry. The remaining respondents come from regulators and trade associations. The companies surveyed vary in size: 40% had annual revenue of USD 500m or less, while 14% had annual revenue in excess of USD 10bn. Respondents were drawn from publicly-listed companies and privately-held firms. They also represent a range of functions within the industry, from board-level executives to senior engineers.

A New Reality: the outlook for the oil and gas industry in 2016