DNV GL, the world’s largest resource of independent energy experts, today announced its involvement in the successful commissioning of the world’s first three-terminal VSC HVDC system in China, which will help to integrate clean renewable energy into the power grid. 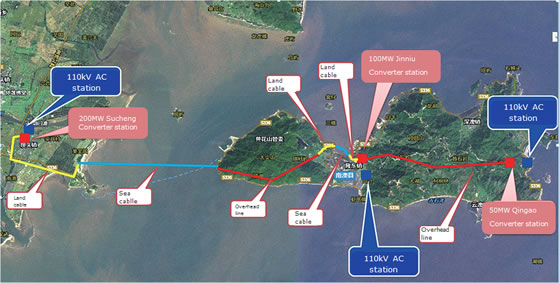 With steadily growing electricity demand, China is facing the challenge of expanding its grid to keep up with requirements, while addressing environmental targets.

The project demonstrates another successful collaboration between DNV GL and SEPRI since their intial co-operation on the world’s first ±800kV/5000MW Yun-Guang LCC HVDC transmission project in 2007. DNV GL once again provided in-depth technical expertise and consulted on the feasibility of the project, enabling the innovative VSC HVDC system to move into stable operation.

The world’s first three-terminal system has been successfully put into stable operation on December 19th 2013 and Dr Yanny Fu, Principal Consultant in DNV GL’s energy business, who is the invited technical expert on the project, commented: “We are very pleased to have had the opportunity to work on this world record-breaking event in China. SEPRI has demonstrated great leadership and pioneering work with its multi-terminal VSC HVDC transmission technology and is helping to build a promising, sustainable, cleaner energy future.” She is standing in the following SEPRI group photo below which was taken in front of control terminals of Jinniu converter station. 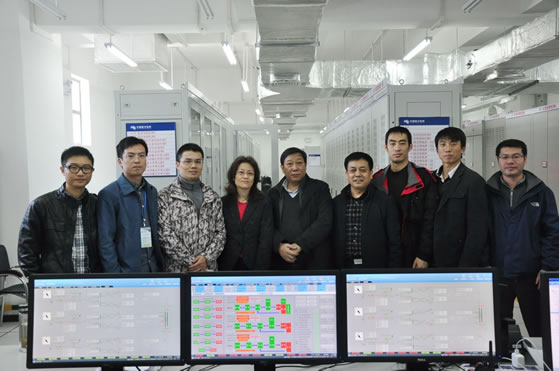 The successful commissioning of this multi-terminal VSC HVDC transmission project is a very important milestone, not only for CSG, but also for the global power industry as a whole. It verifies the technical capability of the MMC VSC HVDC transmission technology and provides confidence to the industry for development of the so-called “HVDC super grids” in the future. Dr. Xu Shukai, technical leader of this pilot project at SEPRI, standing 3rd from left of above group photo, said, “CSG is now the first in the world to have practical experiences in realization and operating a multi-terminal VSC HVDC transmission project which laid foundation for wider applications of this promising technology specially in collecting multi clean energy sources from different geographical locations and then distributing them to multi load centers at different geographical locations.”

Dr. Fu added, “This project is also very important for DNV GL. We are pleased to be involved as an independent third party. We aim to provide the global power industry with the highest level of technical support and services in an effort to address the most challenging technical issues facing our clients by applying innovation and energy industry expertise across the value chain.”