DNV predicts that hydrogen will move from approximately 1.9% of the mix of energy carriers in 2040 to 5.0% in 2050, a trend that DNV anticipates will continue into the second half of the century. Especially decarbonizing hard-to-abate sectors like aviation, maritime or long-haul trucking requires far greater scaling of green hydrogen.

To grow confidence in the market, electrolysers need further standardization to reduce uncertainties and risks in industrializing large hydrogen projects. To further tackle this challenge, DNV has expanded its team of hydrogen experts for its Renewables Certification business.

Alessandro Singlitico has joined DNV on the 1st of September 2022 as Senior Business Developer and Sales Engineer for Hydrogen Applications, based in Copenhagen. He is contributing to the Joint Industry Project Certification of Hydrogen Production Systems by Electrolysers and will further developing standards and certification methods for hydrogen production. Before joining DNV, Alessandro has worked in the academic sector first at the University of Galway as a PhD researcher and then at the Technical University of Denmark as a Researcher. His main research field was the techno-economic analysis of hydrogen and power-to-x technologies integrations within the energy systems, especially Energy Islands, contributing both in the project management and in the execution of the research. 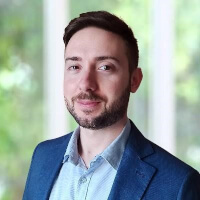 “We are living in a period in which hydrogen is gaining an unprecedented momentum as a possible vector to decarbonize those sectors that difficultly can be directly electrified. On the one side hydrogen feeds everyone’s hope for a carbon-free future, on the other it brings challenges and uncertainties that can threat the realization of large-scale applications. That is why we at DNV are in the phase of designing a framework to guarantee a reliable, safe and efficient production of hydrogen. Within the ongoing Joint Industry Project - Certification of Hydrogen Production Systems by Electrolysis - we have gathered 25+ industrial partners with the aim of filling existing gaps along the hydrogen value chain and to create the basis for the first set of standards and certification process necessary to safely bring to reality our partners’ projects and to build up trust in innovative solutions” says Alessandro Singlitico.

What? Certification of Hydrogen Production Systems by Electrolysis

Schedule a meeting with Alessandro at WindEnergy Hamburg

DNV to participate in WindEnergy Hamburg 2022