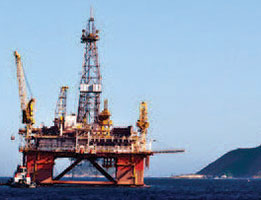 Sesam does things for us that other programs couldn't do. It lets us undertake more comprehensive analysis of complex offshore systems, which has enabled us to expand what we can offer. We have the experience and tools to take on really interesting and challenging projects.
Ian Childs

Since Frazer-Nash Consultancy started using Sesam software, the company has been able to expand its services to marine and offshore clients.

Frazer-Nash – a multidisciplinary engineering consultancy – initially made the decision to start using Sesam software for one specific project: an FPSO where a new detailed analysis was required to assess the strength and fatigue life of the hull and the strength of the mooring system. The users soon realized that Sesam would let Frazer-Nash offer new services to support their established positions in the oil and gas and marine markets.

“Since then, we’ve used Sesam for semisubs, jacket structures and analysis on topsides,” says Ian Childs, Structural Integrity Group Leader at Frazer-Nash. “There have been a number of different projects – it has fit well into our expanding portfolio of offshore analysis tools. Sesam enables us to do complex tasks that would be difficult to do with more general-purpose software. It lets us expand what we do in terms of the ease at which we can model these systems. Without Sesam we’d be looking at a complicated route to connect output from different programs. With Sesam it’s done for us.”

Dealing with these aspects, including transference of data, Sesam makes data management simpler.

Frazer-Nash started using Sesam software in 2011. In total, 10 users at Frazer-Nash are now using 16 different Sesam modules. They have many years of experience with other more general finite element analysis programs. Sesam was needed in order to perform strength assessment on floating and fixed structures, with the ability to include the hydrodynamic loads onto the structural models for a large number of scenarios.

Frazer-Nash uses Sesam for floating structures in combination with Sesam for fixed structures and Sesam for moorings and risers. They have also been using the module Stofat for stochastic fatigue postprocessing calculations and the module Sestra for linear structural analysis.

Ian Childs has been a full-time user of Sesam software for the last year. Prior to joining Frazer-Nash his background was in aerospace engineering, and he worked for Airbus for three years. Ian has worked for Frazer-Nash for six years. His current job includes managing the software within the company, including implementation and updates.

Software for shells and beams

He says that Sesam is especially helpful in building vessel geometry with beam and shell elements, including on curved plates. GeniE has the capability to model this, and enables rapid application of beam orientation and offsets. He also commends the DNV’s software support team, saying that they are good at resolving simple issues and passing more complex issues on to the development team. When Frazer-Nash discovered issues with the meshing algorithm, they provided valuable information to the software developers who worked on a solution that was available within just a few months. “It shows flexibility – the response has been quite good,” says Ian.

For the initial FPSO project, Frazer-Nash built a global model of the ship structure, turret and the module frame structures using Sesam fem software. The analysis covered three assessments using over 600 different combinations of wave height, frequency and direction. The result was a complete picture of the vessel’s response, which enabled a strength assessment of the ship structure under extreme wave loading, and a spectral fatigue assessment accounting for cumulative damage through the vessel’s lifetime.

Using the behaviour of the vessel they then developed a nonlinear model of the mooring system that included the mooring lines, risers and buoyancy, with which they could assess the integrity of the mooring chains under 100 and 10,000 year conditions.

This detailed programme of assessment provided a complete picture that formed a basis for understanding the integrity of the vessel. This enabled the client to anticipate problem areas and provide assurance that their asset will survive the projected operational life.

The use of Sesam has grown to include a large number of other applications, “Sesam has let us expand what we can offer. We have the experience and tools to take on really interesting and challenging projects,” says Ian.

Sesam for moorings and risers

Software for analysis of moorings and subsea umbilicals