As part of the second episode of our latest Talks Energy documentary - The race to deep decarbonization, we spoke to Peter Durante, Head of Technology and Innovation at Macquarie Asset Management, about the role of investment – and how it supports technology development and deployment – in accelerating the energy transition.

Deployment of technologies aimed at rapidly decarbonizing the planet is happening at  pace, but this is still not nearly fast enough to meet net-zero emission targets by 2050, according to Macquarie Asset Management’s Peter Durante.

To increase momentum, the Sydney-based organization is exploring up to 130 existing and emerging technologies, Peter told the podcast. Many of these, he says, could help reduce carbon emissions while increasing demand and lowering the cost for renewables as the energy industry looks to decarbonize the grid.

“What tends to happen, as you deploy, is that industry then starts to look for those incremental improvements and then they find a home,” Peter says. “And through deployment, that's where you're starting to see investors willing to spend more money on some of these next generation technologies as part of that natural progression.”

But for Peter there is a fine balancing act between urgent necessity for a technology and ensuring the performance or cost is optimal before deployment: “There's this debate about deep decarbonization technology, and should we be deploying that now, such as hydrogen or others. Or should we wait for it to become cheaper in the future? There's this whole concept of marginal abatement cost curves - how much greenhouse gas can be reduced through application of this technology or in a respective sector?

“So, there's a real role to play there for investors to figure out what are the different pathways they need, and the sort of technological pathways they need. Our role is to help them understand what their impacts, both positive and negative, will be on the things that we currently invest in already and the things that we will invest in in the future.”

While Peter recognizes there is “a lot of investor appetite for renewables”, he is also curious to see that investment has remained “relatively flat” over the last five years. He insists this is a positive place to be because it means that “we're getting more bang and more gigawatts for our proverbial buck”.

Moving forward, he appeals to the energy sector “to keep the foot on the accelerator” and to encourage more investment – not only to decarbonize the sector – but to promote new technologies among other sectors too. His view is that this means they can go on to become mainstream within modern industry.

“Now, there are certainly lessons learned and how best to do that or how not to do that,” Peter continues, “and certainly to avoid overpaying and all that kind of thing. But getting started now with deployment of technologies needed for this subsequent deep decarbonization can really help accelerate their march down the cost-learning curves and make them ready for mass deployment, let's say, around the end of this decade.”

Peter observes an ongoing dynamic between technology deployment and its uptake by markets or consumers, which fuels further growth, investment and development: a “positive feedback loop” in his words. He explains:

“Electric vehicles (EVs) are a great example of this”, he says, “particularly in Europe, where we've seen this positive feedback loop in effect and starting to take hold. So, as costs come down, consumer sentiment support comes up, you start reaching critical mass points of familiarity with the technology. Charging infrastructure is being built at speed. Some of the major auto manufacturers beyond Tesla are starting to come into this market.”

At this point, Peter says, governments recognize potential and support development which further accelerates growth. “They see the fact that this will be cheaper for citizens over time, and it will be cleaner and have knock-on benefits such as the balance of payments and fewer oil imports. The technology then starts to incentivize demand and, as demand goes up, the costs come down.” 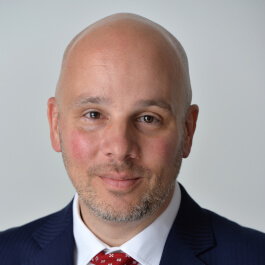