When using hydrogen for heating homes, it is crucial to guarantee safety. We are proud that the DNV team in Groningen has made an important contribution to this by successfully developing a prototype of a permanent hydrogen/gas leakage detector. The detection system is able to detect both small continuous leaks as well as large leaks as a result of pipe damage caused by work. The system, the size of a lunch box, can easily be built into the meter cupboard. With the implementation of this system, the need for gas detection in the home - and discussion about the location of the detectors - is eliminated. After all: if a pipe is demonstrably leak-tight, gas detection is no longer necessary.

Hydrogen will play an important role in the future energy system. Initially mainly for decarbonizing energy intensive industry and (heavy) transport. However, in order to become climate neutral in the built environment by 2050, sustainable gases will also be needed there, in addition to electrification and the use of heat networks. Hydrogen can play a role, in particular for existing buildings, in addition to green gas.

An important aspect when using hydrogen in the built environment is safeguarding safety, especially the risk of leaks in homes deserves the necessary attention. The use of sensors in various places in the home often does not lead to the desired level of safety. DNV has therefore recently developed a permanent hydrogen leak detection system based on the knowledge gained in various pilot projects, which is an important step forward.

The system is able to detect both small continuous leaks as well as large leaks as a result of pipe damage caused by work. The system, the size of a lunch box, can easily be built into the meter cupboard. With the implementation of this permanent leak detection system, the need for gas detection in the home - and thus the discussion about the location of the detectors - no longer exists. After all: if a pipe is demonstrably tight, gas detection is no longer necessary.

Hydrogen in the built environment

DNV is involved in many pilot and demonstration projects where the existing natural-gas infrastructure in houses is used for hydrogen. The condition of the internal gas piping is not known in advance, and in order to secure safety we are looking for methods to identify leaks and to take the appropriate action. One of those solutions is installing hydrogen-detection equipment. The place where these sensors need to be fitted depends on the layout of the house, the route of the gas piping and the location of the boiler. In many situations, the piping is chased into the wall, making an inspection of the piping much more difficult. This produces a great deal of discussion about the location and the number of sensors required to guarantee safety, in order words: customization.

The philosophy behind the leak detection system developed by DNV is that if you can prove that a pipe does not leak, additional gas detection is no longer required.

To detect minor leaks, we use the same method that has been used for decades to check whether a newly fitted gas pipe is sealed: the pipe is blocked and over a certain period of time the pressure reduction may not exceed a prior specified millibar value. For natural gas, 3 millibar per 15 minutes is used as a threshold. For hydrogen, these specifications still need to be determined, but let's assume, for now, that they are the same as for natural gas.

In practice, the test will be carried out at night when there is no demand for hot tap water and the house is at the required night temperature. Should there be a heat demand from the boiler during the test, the test is stopped and the gas supply is opened again. The test will be performed again at a later time.

The developed leak detection system is also able to detect large leaks. We know from the past that gas piping can be damaged during work to the house, leading to an uncontrolled outflow of hydrogen. Which produces a pressure drop in the piping system. Many gas meter brackets are already fitted with a mechanical valve that closes when the pressure in the pipe is too low. The challenge with this detection principle, however, is how to deal with short-term pressure drops in the installation when the boiler starts up. If the valve is set "too tight", action will be taken too quickly (and the valve will be closed) and if the setting is "too loose" there will be no adequate response to leakages.

The system developed by DNV is a possible alternative or supplement to this mechanical valve. This requires smart combination of available data. The pressure is measured continuously and if a short-term pressure drop is detected, it is checked whether this coincides with the boiler starting up. If this is not the case, so there is actually a leakage, the solenoid valve is closed and an alarm is generated. If, on the other hand, a detected pressure drop does coincide with the start-up of the central heating boiler, a short period (read: a few seconds) is waited and it is checked whether the pressure rises again to the desired level.

In conversation with Harm 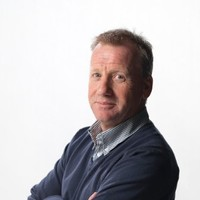 Have we developed the ultimate safety system?
Harm: “No, it would be naive to think that we have covered all the possible scenarios. There will be situations where the system cannot be used or does not work to best effect. The functionality will also need to be fine-tuned in practice. For that purpose, we need pilot projects, such as the so-called ’Inspiration house’ in Stad aan ’t Haringvliet.”

With such a system, is it no longer necessary to odorize the gas?
Harm: “In order to be able to detect leaks, an odorant is added to natural gas that is easily perceptible by a person. We know from the past that many potential accidents are prevented because people detected the leak by smelling the gas: in their house, but also from leaking pipes in the street. With today's knowledge, I would not like to argue for distributing non-odorised hydrogen to residential housing. The developed leak detection system should be seen as an additional safety measure besides the standard safety measures, as odorisation."

What are the costs?
Harm: “The aim is to keep costs as low as possible by building the system from cheap, reliable components. I estimate that EUR 200,00 should be feasible in the long term. It would be good to report that we as DNV are open to further developing this leak detection system together with market parties in the coming period.”

Rising to the challenge of a hydrogen economy