Wind power is the fastest-growing renewable energy technology in Scotland and throughout many countries around the world.

According to DNV’s Energy in Transition Outlook (ETO) 2018, renewables will continue to grow rapidly and by 2050 they will dominate the global electricity mix, with Solar photovoltaic having a 40% share and wind a 29% share.

Total installed capacity of the Scottish wind industry surpassed 8.4 GW in 2018 and it was announced recently that Scotland has produced enough wind energy to power all its homes twice over between January and June 2019. That’s the equivalent of 4.47 million homes’ consumption supplied by wind power in June alone. These figures highlight that Scotland plays a major part in the production and security of the UK energy market.

With the Scottish Government planning to generate 100% of the country’s gross energy electricity consumption by 2020, the wind industry has the capacity to do more than produce clean renewable energy. It can revitalise local communities and economies by creating new skilled jobs, and few cities have benefited more than Glasgow from this new industrial clean revolution.

Glasgow is the hub for the wind energy industry in Scotland and Northern England. It is home to many big names, including ScottishPower, RES, SSE, Scottish Renewables, the Offshore Renewable Energy Catapult and DNV. The presence of these wind companies brings many benefits, such as supporting the local and national economy, attracting the best and brightest talent to the city, and makes the city a real power player in the global wind industry.

DNV has had a presence within Glasgow for over 15 years and has been championing the wind industry for over 40 years. To encourage knowledge sharing, improve networking and collaboration amongst wind professionals within the city, DNV organised and hosted the first ‘Glasgow Wind Energy 5-a-side Football Tournament’ which took place on 10th August. The tournament brought together many of the well-known wind energy companies, including Natural Power, Ramage Young, Strathclyde University, Turner Iceni, Frazer Nash Xero Energy, ORE Catapult, Smarter Grid Solutions, SSE and DNV, in a fun, friendly and slightly competitive sporting environment.

The tournament, which was played under the scorching Scottish sun, was won by Natural Power, who had the better of DNV in a heated final. The day ended with all teams heading to a local brewery for an afternoon of networking over drinks.

But there was another important side to this event. The ongoing success and continued expansion of the wind energy industry within Scotland, and the wider UK, relies upon the industry sharing new ideas and developing new expertise to exploit the nation’s vast natural resources.

It’s been widely reported that a fresh boom in new onshore wind projects would not only reduce emissions by providing renewable electricity to heating, agriculture and transportation sectors, but it could cut energy bills by £50 a year compared to a high gas energy mix. This represents real value to end users and demonstrates the continued importance of wind in the UK’s energy mix. These changes will only be implemented by facilitating conversations and networking within the energy sector.

DNV has a strong and proud history of collaborating with many leading wind energy businesses on a range of joint industry projects to advance knowledge of new technologies, techniques and tools in the wind energy industry. Collaboration and better information sharing can enable us to accomplish so much to benefit the Scottish and wider wind industry. Collectively, we can tackle the ‘energy trilemma’ of delivering affordable, reliable and clean energy, and demonstrate the enormous potential of the industry to expand. 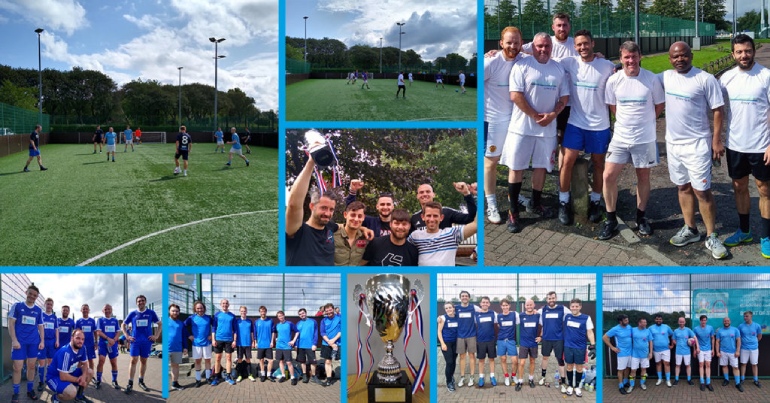