Improving the visualization of the hazards modelled in Phast is a goal we strive continuously to improve. A long standing feature of Phast is the ability to view hazards from a “birds eye” view (i.e.contours on a map). Recent releases have extended this to include side view perspectives. 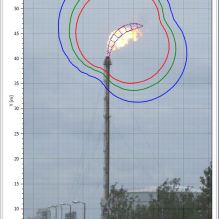 Figure 1: Side view of flare radiation envelope in Phast

More recently, we have taken this a step further by adding not just 3D visualization capability, but the ability to model the shielding effect provided from objects in the path of a hazard. This has been added in the context of radiation modelling. This combination allows for more realistic modelling and visualization of hazards. Users set up their scenario in Phast as normal and in addition to this include any objects that might be exposed to the radiation of a flame. 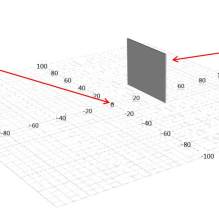 Figure 2 shows a simple setup. The case under consideration is a 10kg/s release of propane located at 5m above grade, inclined at 45° to the horizontal. A wall is located 30m downwind of the release location. It is important to note that the model includes support for multiple obstructions and not just a single object as shown below.

The results from this are shown below for two radiation flux levels – 50kW/m2 and 4kW/m2. The shielding offered by the wall is shown clearly in Figure 4 where the wall acts as a shield from the flux.

The results are displayed in a proprietary 3D Viewer provided with Phast. In addition to this, it is possible to export the results to third party tools such as Google Earth™ and SketchUp™ (or indeed any other 3D tool that supports the “.kmz” and “.dae” file extensions) 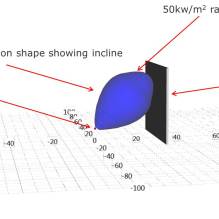 The current 3D visualization updates are limited to radiation from fires only and will be available to trial out in the next version of Phast/Safeti to be released (version 7.2). The goal is to extend this to explosion and dispersion hazards in the future.

Extending the model to show the benefit of shielding offered by objects in the path of the hazard is also a key element of the development plan for Phast and will represent a significant step change in the capabilities offered by Phast/Safeti. Exciting times ahead! 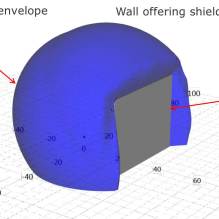