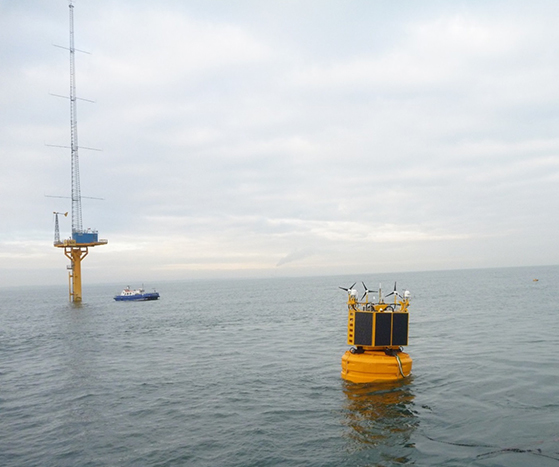 Floating LiDAR technology uses buoy-mounted laser-anemometry to measure wind speeds, helping to determine the economic and technical feasibility of an offshore wind development. It offers an alternative to conventional meteorological masts which can be expensive and difficult to install offshore.

The 3 month validation received part funding from the Carbon Trust Offshore Wind Accelerator (OWA) programme and was carried out as part of Mainstream’s Neart na Gaoithe offshore wind campaign. The FLiDAR was validated against the Offshore Renewable Energy Catapult meteorological mast off the coast of Blyth, UK, utilising wind measurements at 104 m above sea level.

A position statement including a summary of the validation results has been published here.

The General Manager of FLiDAR, Bruce Douglas, said “We are delighted to have reached Stage 2, confirming FLiDAR’s position as the world’s leading floating LiDAR supplier. This milestone will significantly increase the value of the data we are delivering to the offshore wind industry and further reduce the cost of offshore wind resource assessments”.

Principal Engineer at DNV GL, Simon Cox, said “New technology such as floating LiDAR needs to be brought to market in a controlled fashion to ensure risks and performance are understood by all parties. We were delighted to work with Mainstream and the Carbon Trust to independently assess the FLiDAR trials against a robust, yet practical, set of acceptance criteria.”