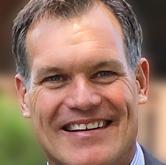 The unprecedented drop in windiness affecting vast swaths of the United States in 2015 cannot be explained by the impacts of El Niño.

The unprecedented drop in windiness affecting vast swaths of the United States in 2015 cannot be explained by the impacts of El Niño, says a new report from DNV GL, the world’s largest resource of energy experts and certification.

“Advanced analysis reveals more complex causes,” said Daran Rife, whose DNV GL mesoscale modelling team of atmospheric scientists and wind power engineers conducted the study. The true source of the wind drought, according to Rife? “A high-pressure ridge of unprecedented proportions and longevity, which formed and sustained itself from June 2013 to June 2015.”

The study, Whither the Winds in 2015? finds that a mass of warm Pacific water nearly the size of the contiguous United States caused the high-pressure system. “While such systems are typically associated with lower levels of wind, they rarely last longer than a week,” Rife said.

The resulting drop in wind levels -- a wind drought not seen since before 1979 -- affected states from Washington to Florida and causing wind power output to fall dramatically short of expectations. In 2015, California, Oregon, Washington, Nevada, Arizona, southeast Texas and Florida were among the regions reporting their lowest recorded wind levels in more than 25 years.

“As the U.S. increasingly looks to wind power to contribute a greater proportion of energy resources, there’s a great need to understand the complex factors of climate and weather that shape wind output,” said Rife. “This study advances that body of knowledge in practical ways, supporting future forecasting accuracy and providing greater reliability to wind production estimates for power systems planners and investors.”

Rife joined DNV GL in 2012 as part of the company’s increased investment in advanced scientific research, a significant addition to its established engineering expertise in the energy industry. A globally recognized atmospheric scientist, Rife’s more than 20-year career includes serving as a project scientist for the National Center for Atmospheric Research (NCAR) and a meteorologist for the National Oceanic and Atmospheric Administration (NOAA).

“DNV GL’s unique combination of climate science and engineering expertise equips us to deliver unparalleled depth of understanding and practical insights to our clients in the energy industry,” said Carole Barbeau, DNV GL’s president and CEO for energy advisory in the Americas.

To read the study and learn more about wind power projections for 2016 and beyond download the report.

DNV GL
Driven by its purpose of safeguarding life, property and the environment, DNV GL enables organisations to advance the safety and sustainability of their business. DNV GL provides classification and technical assurance along with software and independent expert advisory services to the maritime, oil & gas and energy industries. It also provides certification services to customers across a wide range of industries. DNV GL, whose origins go back to 1864, operates globally in more than 100 countries with its 16,000 professionals dedicated to helping their customers make the world safer, smarter and greener.

In the Energy industry
In DNV GL we unite the strengths of DNV, KEMA, Garrad Hassan, and GL Renewables Certification. DNV GL’s 2,500 energy experts support customers around the globe in delivering a safe, reliable, efficient, and sustainable energy supply. We deliver world-renowned testing, certification and advisory services to the energy value chain including renewables and energy efficiency. Our expertise spans onshore and offshore wind power, solar, conventional generation, transmission and distribu¬tion, smart grids, and sustainable energy use, as well as energy markets and regulations. Our testing, certification and advisory services are delivered independent from each other.