Recent decision of the city of Antwerp's council strengthens its position amongst the global leaders of the energy transition.

With this decision, Antwerp sets ambitious CO2 reduction targets for 2030, paving the path to carbon neutrality by 2050. This decision is based on an ambitious but realistic decarbonisation scenario towards 2030, defined by DNV GL. This DNV GL study also provided the strategic tools and levers to develop a climate plan to reach these targets.

Antwerp is the largest city of Flanders and the second one in Belgium. The port of Antwerp, ranking 14th in the world’s top 100 container ports, and Europe’s largest integrated (petro-)chemical cluster lift Antwerp to a global level.

In 2017 Antwerp joined the second chapter of the covenant of mayors (an global movement for local climate and energy actions), committing to reduce its GHG emissions with at least 40% by 2030. Antwerp already joined the first chapter of the covenant and is on track to reach the 20% reduction of GHG emissions by 2020. As the city wants to lead by example, their target is to reduce the GHG emissions of the city’s own municipal services, like garbage collection, green maintenance or the administration, by 50% by 2020. The city of Antwerp needs to develop a new climate plan with horizon 2030, that builds upon the existing plan 2020 and that takes into account that 2030 is only a stopover to reach carbon neutrality in 2050, conform the Paris agreements.

The city of Antwerp asked DNV GL to guide them with:

DNV GL used a co-creative and participative approach, combining a top-down and bottom-up process to define an ambitious but realistic scenario that is supported by all major stakeholders. This scenario will lead to a GHG reduction between 50% and 57% in 2030, which is considerably higher than the obligations of the covenant of mayors but in line with the Paris agreement. The target for the city services in this scenario is set at a GHG reduction of 85% by 2030. If we extrapolate this ambitious level, the city services would become carbon neutral by 2035. This is a symbolic target as carbon neutrality in 2035 would be required to keep global warming below 1.5°. With these targets, Antwerp claims a place amongst the front runners at global level. 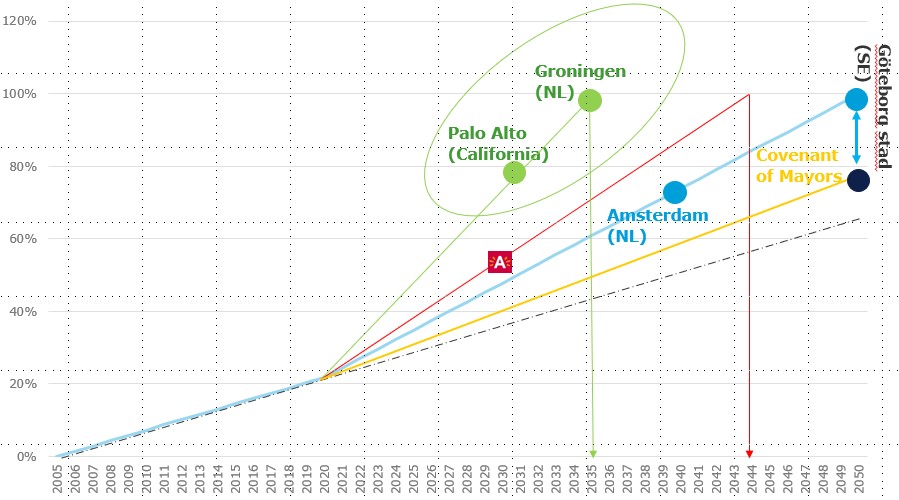 The ambition of the city of Antwerp has been translated in 13 strategic objectives that need to be met in order to achieve the CO2 reduction targets. 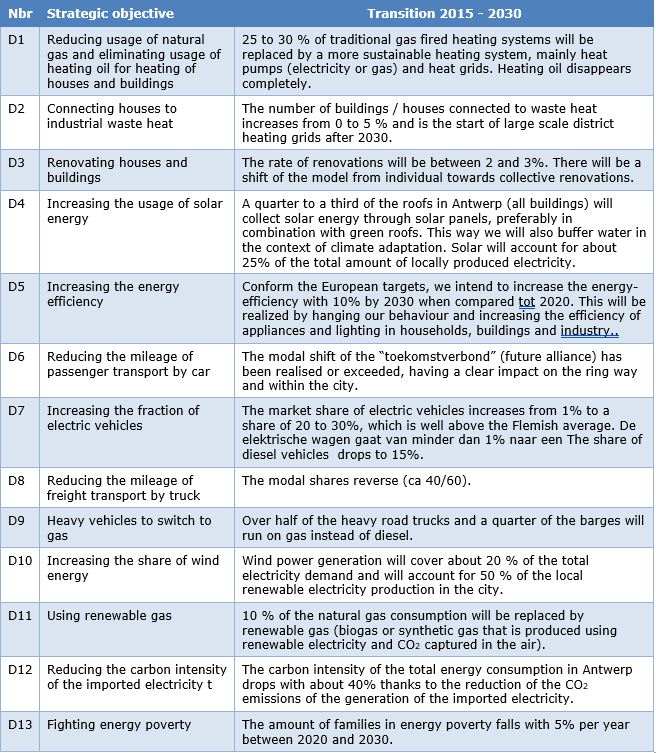 However, having a good plan is not enough, it has to be implemented. DNV GL also assessed how a climate plan could be implemented and who needs to be involved. This led to a draft of the governance structure, including public authorities, civilians and private companies, that would be required to implement the climate plan.

Antwerp was also one of the 10 global cities in the DNV GL’s Energy Transition Framework for cities  study. The research report with best practices can be downloaded here.

Explore our added value to the offshore and onshore wind industry.

Explore our added value to the solar industry.