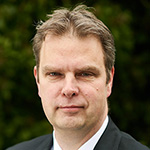 European Autumn Gas Conference, The Hague: Greater use of LNG as fuel would reduce global emissions of greenhouse gases, but barriers remain to its widespread adoption. One challenge is the variations in LNG quality in a given LNG-fuelled ship or truck engine, which can cause ‘engine knock’, potentially resulting in engine failure and/or damage. Unlike other transportation fuels, there are currently no standards relating to the properties of LNG to guarantee its safe and efficient use. DNV GL has launched an online PKI Methane Number Calculator [1] to match fuel quality with an engine’s requirements, and which can also support the development of an international standard.

Engine knock is characterized by auto-ignition of the unburned fuel mixture, known as the end gas, ahead of the propagating flame in the engine cylinder. DNV GL has developed a verified algorithm to quantify the effect of LNG quality on engine knock, and thus to help LNG users ensure safe and efficient engine operations. The algorithm has been shown to give a significantly more accurate reflection of the impact of variations in fuel quality on engine knock than traditional tools. An extra advantage is that the algorithm can be readily incorporated into an engine-control system to maximize knock-free performance when supplied with a wide range of fuel.

DNV GL’s Senior Vice President, Oil & Gas, Liv Hovem, says: “As LNG is produced at different locations around the world, using an assortment of production technologies, its composition can vary considerably. Determining its fitness-for-purpose can be difficult and the consequences of mismatching fuel quality to a specific ship engine can cause potentially dangerous effects such as significant loss of performance, engine shutdown and even damage. Knowledge of the knock characteristics of LNG fuels is therefore crucial for suppliers and traders to provide reliable and efficient products and to break down the perceived barriers of adopting LNG.”

“DNV GL’s PKI Methane Number Calculator applies a generic method to quantify the knock resistance of LNG. The methodology behind the knock characterization calculator has been developed with an eye towards serving as the basis for a robust standard,” says Johan Knijp, Head of Gas Quality and Energy Transition, DNV GL – Oil & Gas. “The user-friendly tool is based on the physical and chemical processes that govern knock and the methodology behind the tool can be applied to a wide variety of new and current marine and land-based engine types. Together with an international industrial consortium, the calculator is currently being extended to cover this full range of engines. Market analyses using the tool to characterize the range of fuel qualities can be used by the entire supply chain, by engine manufacturers, ship and truck owners, by traders and by international policy makers on LNG.”

The knock resistance of LNG is characterized by a methane number, similar to the octane number used in gasoline engines. Users of the tool simply enter LNG composition information such as nitrogen, methane, ethane, propane, and n-butane, and the tool calculates a PKI methane number, which can be matched with the engine specification.

DNV GL has also launched a joint industry project (JIP) to develop tools to support customers in investment decisions on the design of small-scale LNG distribution infrastructure. The project will perform economic and supply chain optimization analyses to improve knowledge on LNG transportation, storage, quality, and safety. DNV GL also recently undertook a study on the LNG market in the EU as part of its efforts to drive the development of an EU-wide network of LNG refuelling points.

Liv Hovem adds: “Step by step DNV GL is facilitating the removal of barriers hindering the safe and efficient adoption of LNG as fuel and the creation of an open and free LNG marketplace. Our cross-industry collaborations in this arena have already seen the development of a number of recommended practices relating to gas quality and bunkering. Our collaborative efforts will go a long way to increase knowledge and remove any remaining concerns about the adoption and application of LNG as a viable fuel for the future.”

Our Multiphase Flow Laboratory in Groningen, the Netherlands