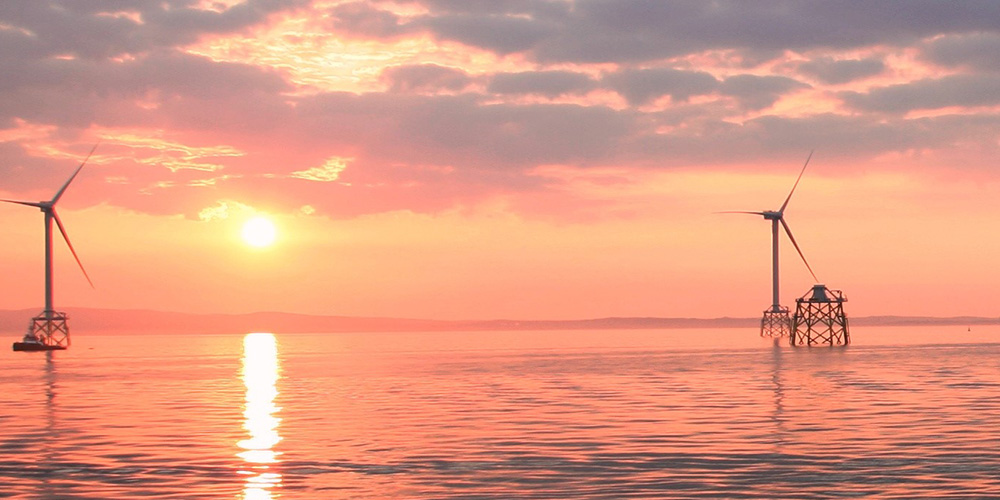 Five years ago, Offshore Design Engineering Limited, based in the UK, brought in DNV's Sesam software to enter the offshore wind market, and is now using the solution for monopile concept design, topsided, floating platforms, jackets and more.

"We have achieved our objectives at this stage," says Wangwen Zhao, Chief Structural Engineer at ODE. Zhao first became acquainted with Sesam software while working for Shell more than 25 years ago. He recommended that ODE bring Sesam onboard, due to its strong capabilities and flexbility.

New opportunities for ODE with Sesam

With Sesam ODE has worked on offshore wind turbine foundations (OWT) such as wind turbine jackets, monopiles and offshore gravity based foundation systems in different stages, for concept design, FEED, basic engineering, time domain analysis and load iteration analysis, as well as on re-assessment of oil and gas and OWT substations.

Sesam allows the company to take on work that previously would have been more difficult and more time-consuming. It has been used on many projects, notably for the UK and Taiwan. “We have more intense computing needs, with a lot of data processing and advanced modelling. We were having issues with tasks that other programs couldn’t do,” says Wangwen. According to Wangwen, Sesam’s top three strengths are versatility, speed and modelling capabilities. “Some programs have a black box approach. Some have a flexible approach. Sesam is flexible,” he says.

In offshore wind, an example of challenging computations surrounded the design of gravity based structures (GBS). “If we were using other programs, we would have had to combine different programs. Some programs are computationally capable, but are not able to perform jacket, GBS or floating analysis all at once. Sesam can be used to overcome this and to perform all types of analyses at once,” he says. “In order to perform diffraction wave loading for large body structures, such as semi-subs and GBS, we only need one additional module in Sesam.”

Sesam in the cloud

Sesam's cloud solution also enables repetitive load-based calculations. “This feature is quite useful,” says Wangwen. “In the distant past, when running time domain analysis, I could look at my screen for several days. With Sesam the analysis can be run on the cloud overnight. This saves time, which is particularly important for offshore wind projects, which are all schedule-driven,” he says.

Another important point is the ability of the model to be passed to different people and modules for further analysis. Load and collapse analysis, wave load generation and code-checking capabilities are all based on the same Sesam model.

“Sesam is versatile, it has solved a lot of problems for us,” says Wangwen.

An example is the modelling and analysis of ODE patented transition piece with the jacket foundation. ODE is able to model the transition piece in detail in a CAD environment and transfer the model to Sesam for finite element analysis. Subsequently, time domain analyses are carried out in the cloud.

The customer support team in DNV – Digital Solutions is another strong point, according to Wangwen. “If we would have to wait for a day, sometimes that could be a problem. The DNV support team is wonderful and very responsive. Normally for enquiries we get a response almost immediately.

One important project that ODE has been using Sesam for, is its own unique and patented system of an articulated wind column, a spar-like structure with a hinge at the bottom of the seabed. The structure, originally designed for oil and gas structures, is similar to a GBS and designed for easy installation. It is patented by ODE for the offshore wind industry. The design is at a stage to be deployed for offshore wind for the first time.

“One very important point is that Sesam has a long history. They’ve seen a lot of technical issues over time, and as they’ve been tried and tested for a number of years, they have a solution. When there’s a real problem, we can talk on technical terms. We’ll solve it,” he says.

“We are looking at a bright future with Sesam and DNV,” he says. “We’re always exploring opportunities to use Sesam more broadly.” 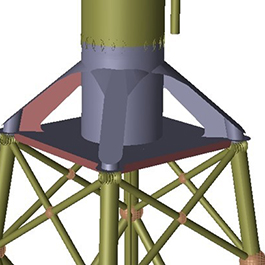 We are looking at a bright future with Sesam and DNV GL, we're always exploring opportunities to use Sesam more broadly.
Wangwen Zhao,

Software for design and analysis of offshore wind turbines