Why have you been testing Smart Cable Guard?
We serve over 3 million customers through an 87,000-km cable network. Around 40,000 km of that are MV cables. Any faults in that network can leave hundreds of thousands of people without power – which is disastrous for them and for us as a business. Naturally, we are interested in anything that could help us reduce cable-related outage time. SCG promises to do just that, so we needed to look at it.

You’ve been involved with SCG for more 10 years, why did you decide to roll it out now?
The system’s performance and capabilities have improved over that time. And recently DNV launched a new generation, SCG 2.0, including a fault location function. That really took the system to a different level. We tested Smart Cable Guard over a 22-month period and the results showed that it was an extremely effective tool for preventing failures and reducing repair times. It made a really strong business case for itself.

How did you measure the effectiveness of Smart Cable Guard?
We installed 64 SCG systems covering a total of 240 km of our MV cable network for a period of 22 months. The systems were installed at various places on the network to monitor different lengths and types of cable, often covering more than one cable section. They monitored the cables for breakdowns, intermittent faults and partial discharges that indicate a weak spot.

And the results were good?
They were excellent. SCG could locate these problems to within 1% of the monitored cable length – and often even more precisely. In case of a breakdown, that meant we could repair the problem and get power back on faster. For example, it located a breakdown in a 3-km cable to within 9 m. In this case, we carried out the repair in the standard way, but we estimate the had we used the SCG data directly, it would have saved us almost 15,000 customer minutes lost – a reduction of about 25%.

In another case, it pinpointed a series of intermittent faults in a 4-km cable to within 3 m – less than 0.1%. We were able to isolate and switch off that section, which broke down upon testing. For this fault, we estimate that SCG saved us around 21,000 customer minutes lost.

So, how would you summarize Smart Cable Guard?
SCG is a very effective tool for locating faults, intermittent faults and weak spots in all kinds of MV cable networks. Based on our testing, we estimate that each system could prevent an average of 6150 customer minutes lost per year.

And that’s just the direct savings. Because it identifies weak spots, you can carry out preventative maintenance and analyse parts before they fail. This helps in developing counter measures to prevent further problems.

What now for Alliander and SCG?
Having seen the impact SCG could have on our SAIFI and SAIDI (average outage frequency and duration), we are rolling it out more widely across our MV network. We plan to have 400 systems in place this year, rising to 3000 in the near future.

Reliability is essential for any network operator. Alliander believes that SCG will play a major role in our efforts to continually set new standards for quality of service for our customers. 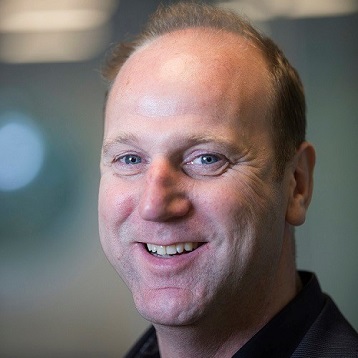 Reliability is essential for any network operator. Alliander believes that SCG will play a major role in our efforts to continually set new standards for quality of service for our customers.
Denny Harmsen,