In the last 15 years, the UK has built itself a reputation for being the fastest economy for decarbonization in the G20 – with a substantial increase in wind and solar energy-capturing solutions leading the charge. However, National Grid’s Duncan Burt, says that adoption of renewables within industry is still in its infancy.

The rollout of electric vehicles (EVs) in the UK is another transformation that’s taking flight and is a product of the government’s investment in research and development (R&D). Yet, with the gradual deployment of infrastructure, achieving deep decarbonization relies on a greater uptake of low-emissions technologies at a societal level and the means to bring a great volume of renewable power to the grid.

“An awful lot of things are now set in stone,” Duncan says. “We were quite uncertain 10 years ago that a significant portion of heating and transport will move to electricity. How much of that happens in northern latitude countries such as the UK, northern US, Canada and northern Japan is not yet clear. But we've got to shift.

“We're now moving the UK to 50 per cent renewable supply over the next 10 years. That will go up to 80 per cent and then shift beyond that to regularly be operating at completely zero carbon with or without nuclear power stations on the system. And the last twenty-five percentage points to get towards 100 per cent net zero emission requires a significant lift technically to ensure that we've got flexibility in place.”

As Duncan says, this is a major shift but the last 20% is where the real challenge lies – both in terms of technology and the regulation and investment that’s needed. Duncan argues, in the UK, this is the biggest transformation the energy sector has seen since privatization, and National Grid – as the network operator – sits at the heart of this challenge: “National Grid, has had to change just about every single external and internal process in order to adapt the way the industry works; first to catch up with, and then to try and get ahead of this massive transition.”

While Duncan insists the UK is setting the standard in many areas of this transition, he says that it’s important to encourage “worldwide collaboration” to beat inertia among workforces in countries with high emissions rates and to ensure that the G20 nations are doing everything within their power to share best practice and technological advances with their global peers.

“There is an awful lot that can still be done internationally on this point,” he continues. “Every power grid, every energy system in the world is going through a very similar transition within the same decade. So why wouldn't you share and look at these things globally to understand what's going on?

“It's a continual conversation to understand what each other is doing. There are slightly different issues that arise, different points in that ‘change curve’, depending on where you are. But everyone's got to solve each of those problems in the end.”

China's pledge to become net zero by 2060, announced during last year’s UN General Assembly, was a massive step in that direction, Duncan expands, while also stressing that the Biden Administration’s decision to sign the US back up to the UN’s Paris Climate Agreement and setting a net-zero target for 2035 will help put the energy discussion back on the international agenda.

“These milestones really matter in the international process, and they really matter at national level as well,” Duncan says. “The UK has maintained its leadership in setting very high target levels for the UK by 2035. And alongside that, the UK has brought aviation and shipping into its national defined contribution, which again, is incredibly important and helpful in the process.” 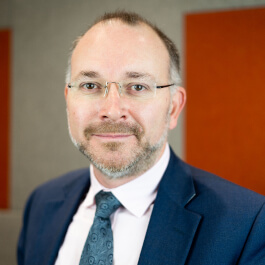 We're now moving the UK to 50 per cent renewable supply over the next 10 years.
Duncan Burt,