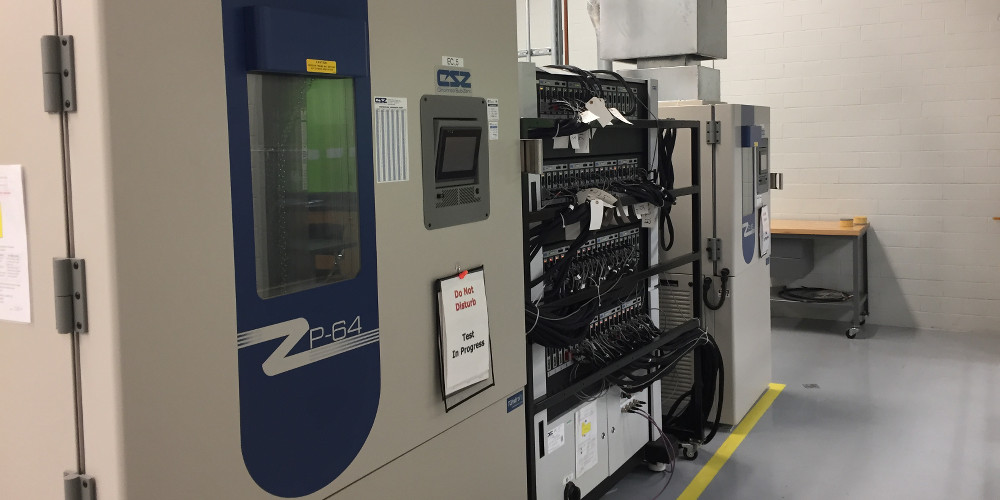 The new facility at the lab enables DNV to utilize a safe and controlled testing environment to test thermal runaway behaviour of battery cells, in electric vehicles and stationary application such as BESS, under extreme conditions that could potentially lead to battery fires. These conditions include overheating, nail penetration and electrical abuse. This testing provides important information about cell safety, as well as the flammability and composition of the gases released during such events. This is crucial information for battery manufacturers to ensure the safety of their products and to meet the safety requirements sought by permitting authorities and customers before new battery systems are deployed.

DNV’s burn and abuse services are customizable, and can be used during product development, to verify inputs for fire and explosion studies, or as a UL9540A certification test. DNV can test very large cells up to 300 Ah, which is not available in most other test centers. These tests are performed with a very fast turnaround, and, when combined with fire and explosion studies, provide comprehensive evaluations of new battery cells and systems for independent engineering reports.

Benefits to the customer

The testing service enables developers and battery system manufacturers to verify that their systems are safe and ready for deployment. DNV staff provide end to end support in conducting the testing and helping to develop the necessary safety standards and executing reviews of safety design, explosion, and flammability studies. Ensuring battery safety will become even more important as batteries become more prevalent in homes, businesses, and vehicles. The BTCC’s new facility will enhance the ability of battery manufacturers and project owners to confirm the safety of their products and project to advance the energy transition.