The second renewable energy auction of 2021 was held on the 19th of October. The aim was to offer more than 3GW of renewable power with quotas for wind and photovoltaic, with the novelty of accelerated availability quotas and distributed generation.

Beyond the average prices and the large power figures, we are going to analyze some aspects that seem relevant to us: 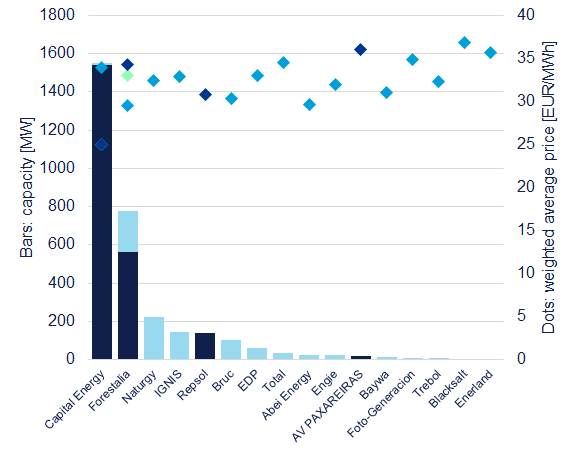