A series of large scale field experiments were recently conducted, the largest of which involved a release of 10 tonnes of toxic chlorine gas.

The experiments are part of a program of work (called the Jack rabbit II program) led by the US Department of Homeland Security (DHS) Chemical Security Analysis Center (CSAC) and supported by a collaborative team of partners from government, industry and academia. 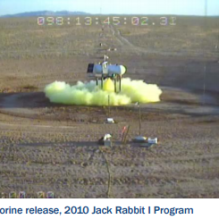 Figure 1: Chlorine release from in the Jack rabbit 1 program

The Jack Rabbit II program is a 4-year project that began in late 2013 for which a series of large-scale outdoor chlorine release trials will be conducted with a collaborative team of partners from government, industry and academia.

The first phase of the experiments took place in 2010. This phase did involve chlorine releases up to 2 tonnes.

Phase II of the experiments involved experiments at larger scale and were conducted recently (August and September 2016).

The final largest experiment took place on the 3rd of September 2016. This experiment involved a short-duration release of about 10 tonnes of chlorine from a large leak at the bottom of the vessel with a series of containers placed downwind of the release point.

Field experiments are key to providing the data needed to continuously validate and improve the Unified Dispersion Model (UDM) in Phast.

Such data has been central to the development of the next planned update to the UDM (to account for the effects of along wind diffusion) currently planned for a future release of Phast.

Involvement in such projects helps to ensure Phast reflects the latest scientific advancements and as a result, continues to provide reliable and accurate predictions of flammable/toxic dispersion hazard ranges.