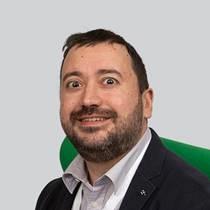 29th October 2020 – In June 2019, DNV GL signed up to the renewAfrica initiative that seeks to advance European commitment to Africa's clean energy access. On 29th October 2020, the renewAfrica Initiative was presented to Mr Frans Timmermans, the European Commission’s Executive Vice-President for the European Green Deal. By the end of the meeting, which saw the participation of CEOs and high-level representatives of 18 of the most important international companies and organisations active in the renewable energy sector, EVP Timmermans appreciated that the Initiative is in line with the green ambitions of the European Commission and welcomed the work of renewAfrica so far as a positive contribution to the EU’s Comprehensive Strategy with Africa.

“With a rising population and economic influence, we believe that the renewAfrica programme will be a vital component to aid the energy transition and sustainable development within Africa,” said Prajeev Rasiah, Executive Vice President and Region Manager North Europe, Middle East and Africa, DNV GL – Energy.

Driven by the fast demographic and economic growth, Africa’s energy demand is rapidly increasing; yet, some 600 million people in the continent still do not have access to electricity. Renewables today represent the fastest and cheapest way of satisfying energy needs. However, while global installed renewable energy generation capacity more than doubled in the last decade, only 2% of new generation was installed in Africa. Universal electricity access in Africa requires an increase to $120 billion investments per year up to 2040, and classic public financing channels will not suffice in mobilising such capital. So far, various kinds of barriers have limited the continent’s attractiveness in the eyes of international private investors, therefore slowing its progress with the renewable energy transition. Moreover, a very good range of European financing instruments exist in the market. However, many of them are characterised by fragmentation in terms of support offered, reducing their effectiveness in achieving the expected impact. renewAfrica stems from the need of an EU-led programme that should offer end-to-end support along the entire project cycle, assist with high-level policy dialogue, provide technical assistance to national governments, and offer financial de-risking and capacity building measures.

renewAfrica’s task forces have elaborated a proposal, identifying possible pilot countries, outlining a set of technical assistance services, and elaborating a financial package to cover the major investments risks. The Initiative has now reached the point where it can contribute to the EU green diplomacy objectives in Africa.

“We are very proud to present today the result of the effort carried out since the launch of renewAfrica Initiative, gathering the contribution of the players of the European renewable industry” explains Antonio Cammisecra, President of the renewAfrica Initiative, “We believe that a programme as innovative as renewAfrica can play its role in the process towards the sustainable economic development in Africa, in accordance with the European vision of a more inclusive and just future”.

“There is enormous growth potential in Africa, and access to energy will be a major factor in determining the speed and fairness of this growth. Today, wind or solar technologies can generate electricity at historically low costs and can often be deployed at a local level, without needing extensive grids that span large distances. It is great see the private sector embrace promising opportunities for investments, innovation and development in Africa. With the Africa Europe Green Energy Initiative, as part of the EU’s new Strategy with Africa, we want to help deliver more sustainable energy and match the growing energy needs of Africa” comments Frans Timmermans, EVP of the European Commission.