By using certified Edition 2 devices, Siemens can utilize the most up-to-date equipment within the smart grid and reduce non-interoperability risks between systems.

Siemens is the first company in the world to receive an IEC 61850 Edition 2 client certificate, issued by DNV GL on behalf of the UCA International User Group (UCA), for their SICAM PAS/PQS system (basically a PC application that acts as a 61850 client). By using certified Edition 2 devices, Siemens can utilize the most up-to-date equipment within the smart grid and reduce non-interoperability risks between systems. 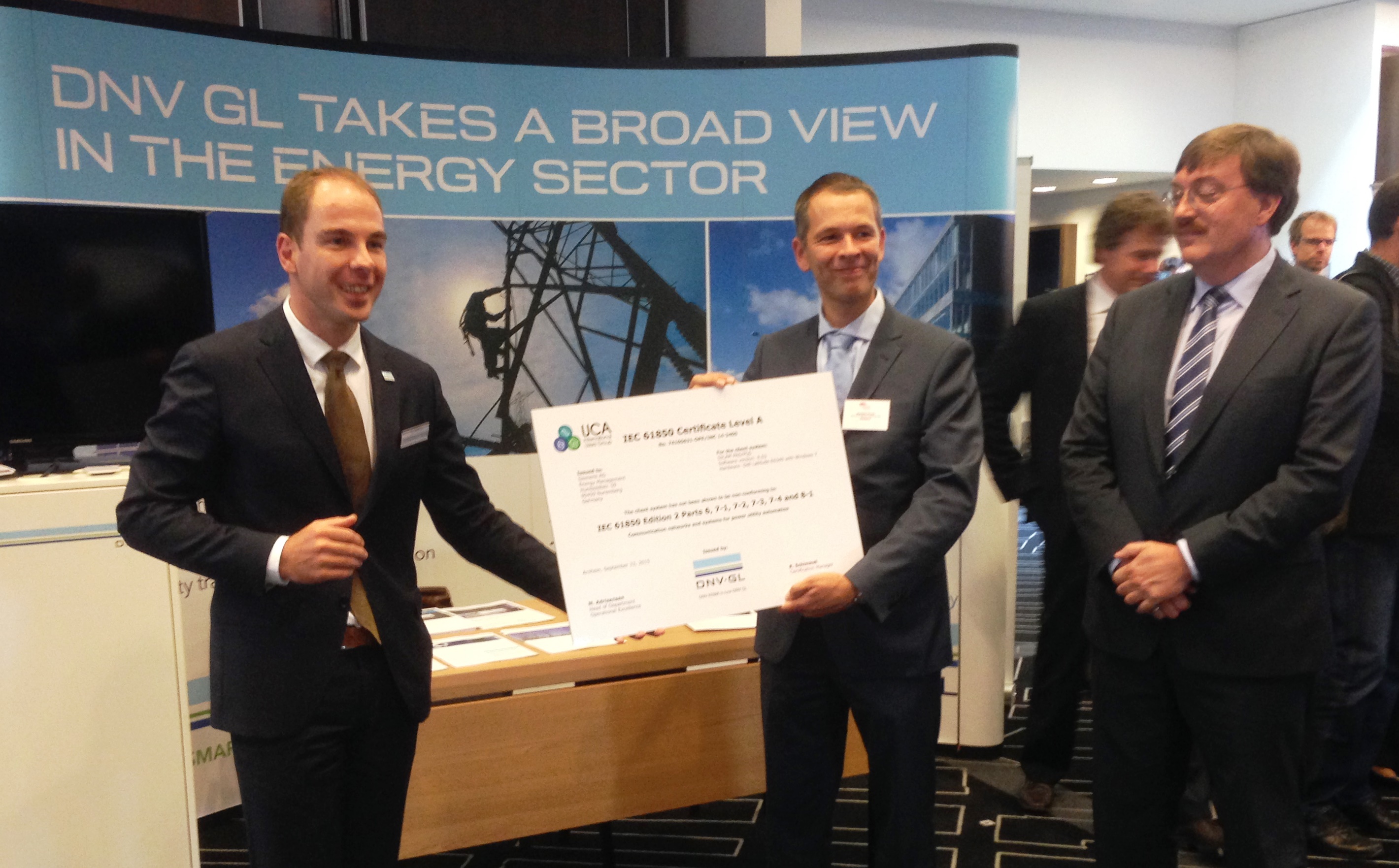 Matthieu Heuser from Siemens: “Just under two years ago, the SIPROTEC 5 protection devices from Siemens were the world's first to receive the certification according to IEC 61850 Edition 2. With the certification of the client implementation of the SICAM PAS substation automation system, Siemens closes this gap in Edition 2. Siemens is not only supporting its users by providing state-of-the art products and systems, but also driving standards such as IEC 61850 with its expertise.”

Maurice Adriaensen from DNV GL: “Being the leading testing company in IEC61850 can only be done with an excellent partnership. I am very pleased and proud with the excellent cooperation in the project that resulted finally in the ability to issue this first IEC 61850 edition 2 UCA client certificate.”

Functional and performance testing for ethernet switches and IEDs

All testing activities are aimed at detecting deviations from specifications

Complete and independent audit of automation and communications requirements