Cape Town based author ("The Seed Thief"), editor and writer specializing in sustainability issues. She is also campaign and expedition writer for the UN Environment Patron of the Oceans. When not on expedition she writes from a glasshouse in her fynbos garden.

Five times. That's how many times I packed up and prepared to evacuate my home one particularly bad Cape Town fire season.

By now, we know the evacuation drill: pets, passports, precious photos at the door ready to make a dash for it when needed. In the end, we only had to leave our house once, when the smoke was so bad we could barely see the fire fighters standing between our boundary fence and the wall of flames.

The fires come to Cape Town every summer, when the weather is hot and dry, fueled by gale-force southeaster winds that can turn a small bonfire into runaway wildfire in seconds.

Our city has a mountain range running through it, and with increasing urbanisation, these fires are not only becoming more frequent, they more frequently threaten homes on the wilder edges.

The fire fighters are our heroes. But as Cape Town enters its fourth year of drought, poised to become the first major city in the modern era to run out of potable water, their job is about to become that much more difficult.

Luckily, digital help is at hand.

Putting Emergencies on the Map

CEP MAP (Capacity Emergency and Post-Emergency Management and Preparedness) is a nimble data-led solution for managing disaster risk that is being described as a potential game changer for vulnerable communities.

This integrated digital platform enhances the ability to prepare, plan and respond to emergencies, and speed up their recovery via a state-of-the-art geographic information systems (GIS) platform that stores, analyses, processes, and assesses spatio-temporal information.

While there is drought at the tip of Africa, last year the world watched as hurricanes battered the Caribbean and southern United States, and monsoon season brought devastating floods to India, Bangladesh, and Nepal, affecting millions of people.

As extreme and erratic weather patterns become the norm, we are told to expect the unexpected. But when change is the only predictable, it becomes ever more difficult to plan for, respond to and recover from natural and man-made disasters.

That's where CEP MAP comes in.

CEP MAP has three mapping applications – capacity, emergency, and post emergency. By centralising information and storing it in the cloud where it can be instantly accessible to anyone with an internet connection, CEP MAP gives the kind of big picture overview (such as the extent of fires or flooding in a particular area) as well as the small details (such as the number and location of water sources, or dry high-ground refuges) – instantly updatable and in real time.

CEP MAP is not only an invaluable tool; its development is an example of the power of cross-sector partnerships. 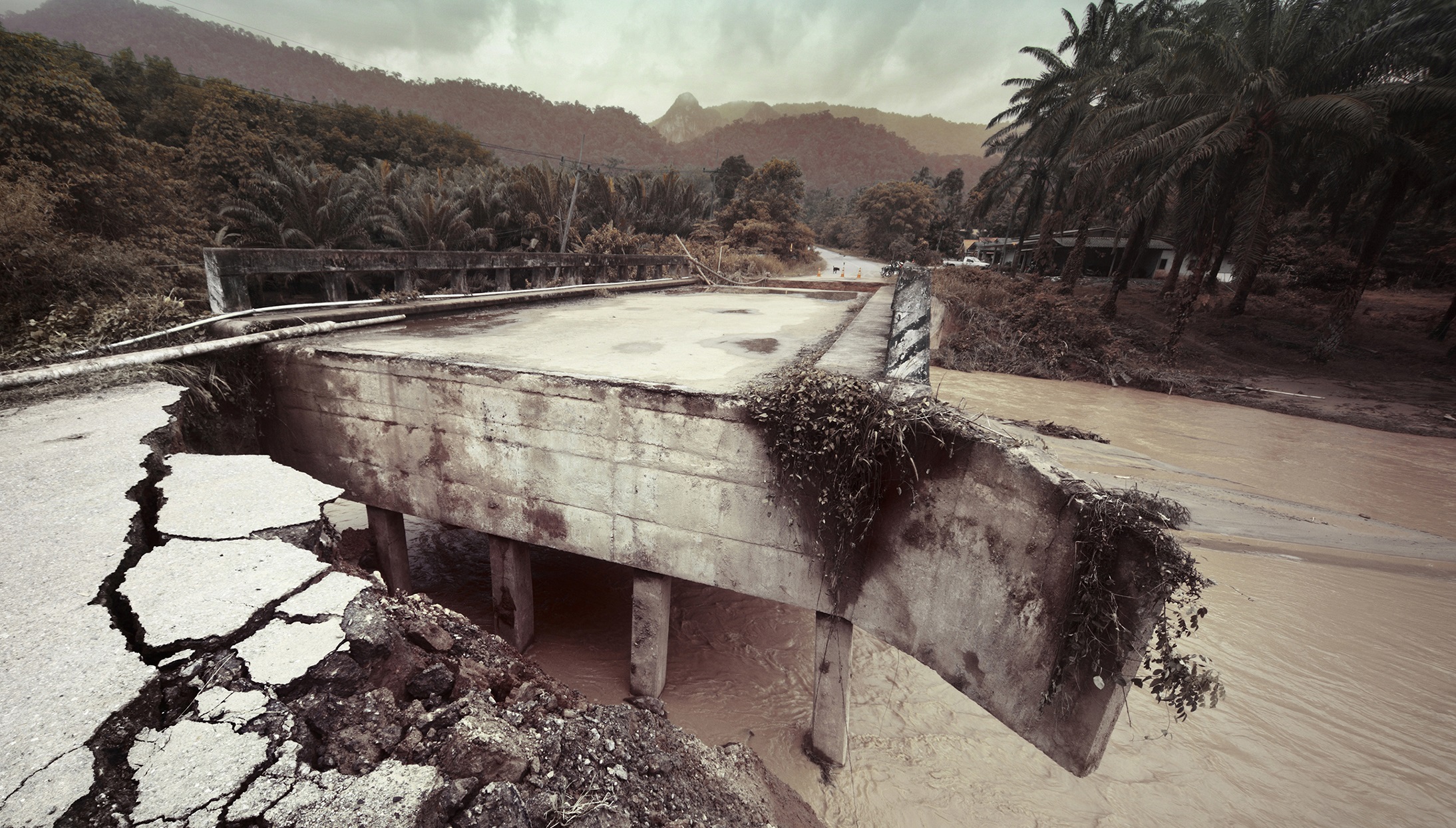 CEP MAP was developed by DNV GL in collaboration with the Norwegian Red Cross (Norcross) and the Philippine Red Cross (PRC). "When we started, we thought of this as more of a traditional collaboration whereby we provide pro bono support to the Red Cross," says Bente Pretlove, programme Director on Climate Action at DNV GL Group Technology and Research.

During its development, CEP MAP was tested on the ground in Caloocan, the third largest town in the Philippines and one of the most vulnerable and populated regions in the world.

The city often suffers from post-cyclonic floods, and is particularly susceptible to storm surges. The local chapter of the PRC has a well-established Vulnerability and Capacity Assessment (VCA) methodology, which made it an ideal use case partner.

How does the local environment work during a disaster? What do people do, where do they go, how do they help each other?

The PRC already had valuable on-the-ground intelligence through their VCA. Coordinating that information and making it that instantly updatable and accessible was the game changer.

“You can summarise the CEP MAP tool in one word: powerful! If you know the right questions … it will give you the right answers, when you need it and where you want it."

Time is of the essence when disaster strikes. Decisions need to be made and resources coordinated. Misinformation – or missing information – can have potentially catastrophic results.

"If you have to make decisions about moving people out of an area or get them to a hospital, the seconds make the difference," says Byron Quan Luna, Principal Researcher and Consulting Specialist at DNV GL – Digital Solutions. "Our main mission is to save lives."

With CEP MAP, risk managers and emergency management personnel have access to up-to-the-minute data and maps in web browsers, and can add further data in the field with mobile apps. GIS makes it possible to have an easy overview of geographical attributes, and helps to locate areas of special interest or to connect geographical details with other valuable information.

"As it evolved we started thinking about what extras we could add, small algorithms that would help people make better decisions, like where to place a temporary hospital or a shelter, where to add flood buffers ... now you can make that decision in a control room and have people in the field implement it."

After spending two years on CEP MAP's development, Quan Luna is justifiably proud of the team's effort, and still excited about each new update possibility. "We've just added a street-level imagery service so volunteers can add a street view to keep up with changes on the ground – a bakery might become a pharmacy next year. So digitization is not just a database, but images as well."

Quan Luna calls PRC the perfect testing environment. "Our partners in the Philippine Red Cross are smart, very open minded, engaged with the technology and ready to accept new things."

User feedback on the ground has been overwhelmingly positive. "You can summarise the CEP MAP tool in one word: powerful!" says Jizelle Repatto, Philippines National Coordinator for DRR project in Manila and E. Samar. "If you know the right questions to ask, it will be able to give you the right answers, when you need it and where you want it."

Oscar P Palabyab, Secretary General of PRC, praised CEP MAP's user friendly features, and its ability to enhance "the preparedness, response and early recovery programmes of PRC and by the community". Over the coming months, CEP MAP will be incorporated into PRC's regular programming and rolled out to selected pilot PRC chapters.

CEP MAP is a flexible prototype. "We are open to seeing what new technologies are out there that we can add," says Quan Luna. "3D and augmented reality is already out there. We could do a CEP MAP for a building, for example, or for your house, or neighbourhood – up-scaling or down-scaling until you have your digital world mapped." Besides adding robustness in the face of extreme weather events, he says, this could also help industrial plants plan in case of fire, explosions, or acts of terrorism.

Climate change is a fundamental driver for disaster risk.

"This tool responds to something that we are seeing here and now, so it captures people's attention," says Pretlove. "But we need to link it to longer term climate change.  This is not going to go away; it is going to be more frequent and more intense." In addition to supporting emergency   preparedness and there-and-then relief efforts, this type of tool can also be used for forward planning. "We need to invest in the future to create resilience longer term."

CEP MAP has the flexibility to work with a wide number of existing processes and information collecting services, like the ones already in place in more developed cities.

"CEP MAP is a platform that can be adapted to many different types of use cases and industries," says Pretlove.

With global population expected to reach 9 billion by 2050 and most of that growth in the cities, emergency systems will need to stay fast and effective to keep up with events. CEP MAP can help them do just that.

You could call it fighting fires with digital fire.

A new tool from DNV GL

Principal Researcher and Consulting Specialist in DNV GL – Digital Solutions, and the lead developer of the CEP MAP tool. He has a PhD degree in Geosciences from University of Twente (UT) in The Netherlands and a Master’s Degree in Environmental Geology and Geohazards, University of Oslo, Norway.

The CEP MAP platform includes several integrated digital applications to support the identification of emergency management needs prior to, during, and after an event.

It provides a mechanism by which to crowdsource and consolidate data, and to display critical information visually. Emergency management personnel can use modelling in CEP MAP for training, to analyse the consequences of a possible disaster, or for tactical deployment during a disaster.

Further information on the CEP MAP tool is given in DNV GL's position paper on Data-led solutions for managing disaster risk.

Click to watch the video: DNV GL experts travelled to Manila where they worked with the Red Cross to digitalize their response to disasters.

Smart and sustainable planning for cities

Our approach and capabilities on smart and sustainable planning for cities