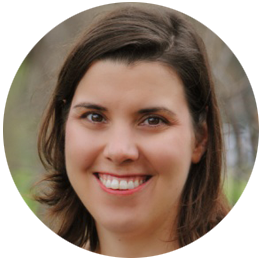 Used at a variety of levels

Shell Global Solutions has been using DNV's software tools Maros and Taro for over 15 years. The result is a vastly improved bottom line.

Maros and Taro were acquired by DNV in 2008, and are currently licensed to some of the world’s leading companies in the energy industry, including Chevron, Petrobras and Hyundai Heavy Industries, to mention just a few.

Celesta White, Senior Reliability Modeling Engineer for System Availability & Performance with Shell Projects & Technology in Houston, says that Maros, DNV’S RAM-based application tailored for the upstream oil and gas industry, and Taro, tailored for refinery, LNG supply chain and petrochemical plant management, have been used at a variety of levels within Shell. The applications are part of DNV - Software’s performance forecasting product line. Historically within Shell, they have been used largely for project assurance in the design phase, ensuring that an asset’s design will be able to meet its production and/or availability targets.

“We started using Maros and Taro more broadly for operating assets in the past three to five years,” says White. “We’re using them as strategic operational tools to make data-driven decisions with an understanding of the risk associated with those decisions. We’re even using the tools to verify and validate business plans for next year.”

The applications are also used to quantify and prioritize reliability improvement initiatives. “We have a huge list of things we can do to improve reliability. Which of those should we give priority? We use them to get the biggest bang for our buck. In Shell we use a variety of tools for the analysis of system availability and performance.

The majority of new studies we do today are in Maros (RAM analysis) or Taro (refinery design). Some of the newer applications – such as reliability initiative prioritization and business planning – we do almost exclusively in Taro and Maros,” says White.

Taro and Maros have been used by Shell to save up to 10 per cent of capital expenditure on new projects, to identify mitigation options that have increased production by as much as 10 per cent, to reduce contracted storage costs by up to 5 per cent and to reduce shipping costs by 5–10 per cent without impacting global supply chain performance. Over the years, the bottom line has been vastly improved on assets where Maros and Taro have been utilized.

“Taro is one of the few tools on the market capable of determining the performance of complex systems involving storage, logistics and multiple products. A lot of functionality is built into the tool itself, and allows modelling of complex systems efficiently and effectively,” says White.

“Maros is capable of modelling multiple flow profiles (oil, gas and water), flaring operations and security of supply. It’s a tool that’s easy to use and models can easily be updated and maintained by site engineers. This helps transfer the ownership of the models, and the decisions they nable, from the modelling experts to the asset,” she says.

“With this methodology and the tools, we get the emotion out of the decision-making process. We give a quantitative basis for decisions by creating an understanding of system performance from an availability point of view.”

What do you do to mitigate upsets in system operations? How do you manage inventory to mitigate upsets? “There is another level of complexity there. It gives our decision makers a picture that is as close to reality as possible, including the amount of risk involved with the decisions being made,” says White.

What can Maros and Taro do for your company?