By 2050, 12% of world primary energy supply will come from wind energy, of which 20% will come from offshore wind (source: DNV‘s Energy Transition Outlook). In relative terms, offshore wind is growing 85-fold (2050 vs 2016). As electricity consumption accelerates, bottom fixed and floating offshore windfarms will play an increasingly important role to ensure that the society can meet this demand.

Challenge
After developing a 1/10 scale demonstration prototype powered by a solar PV system, the University of Malta was looking for an independent 3rd party to assist them in a technology and commercial feasibility assessment of their FLASC concept. Such a study would allow the University of Malta to acquire a Statement of Feasibility for the FLASC concept, that can pave the way for them to attract interested parties to partner in their continuous efforts to further develop the FLASC concept.

DNV was asked by the University of Malta to perform this study, due to the unique attributes and qualifications that constitute DNV particularly capable of delivering the scope, such as:

The University of Malta has requested DNV to perform an independent high-level study of the FLASC concept, that consists of the following tasks:. 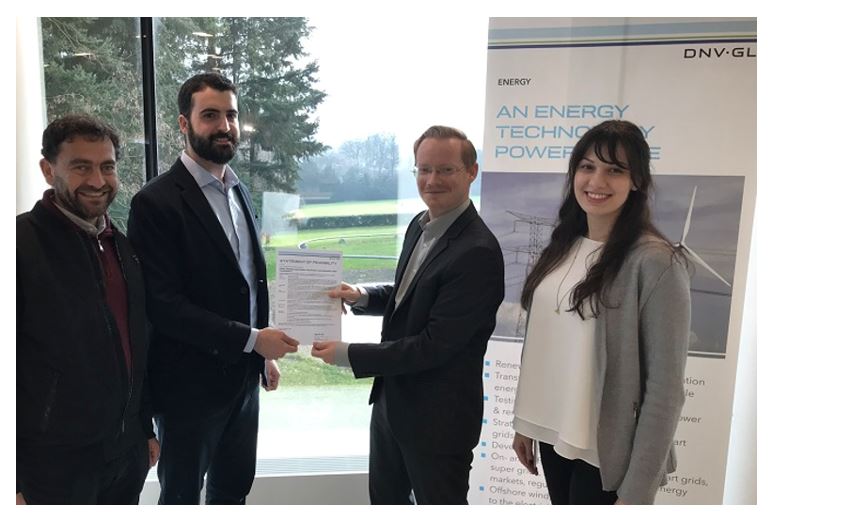 The project was successfully completed, resulting in a Statement of Feasibility for the FLASC (Floating Liquid-piston Accumulator using Seawater under Compression), as the technology has been assessed with basis in DNV-RP-A203 /1/ for its designated use. DNV considers the technology feasible as defined in /3/ and therefore suited for further development and qualification.

Value to the customer
With the Statement of Feasibility in place, the University of Malta is now in search for interested parties to partner & collaborate in their continuous effort to further develop the FLASC concept.

Connecting renewables to the grid