The three lines of defence model for risk management is summarized within a Chartered Institute of Internal Auditors (IIA) position paper [1].  In this post, James Jenkins looks at some lessons learned from it.

The model is a framework for the assurance of all types of risk within an organisation. As highlighted within the Institute of Directors (IOD) and Health and Safety Executive’s Leading Health and Safety at Work guidance [2], health and safety is a corporate governance issue:

“The board should integrate health and safety into the main governance structures… listed companies [should] have robust systems of internal control, covering not just ‘narrow’ financial risks, but also risks relating to the environment, business reputation and health and safety.” 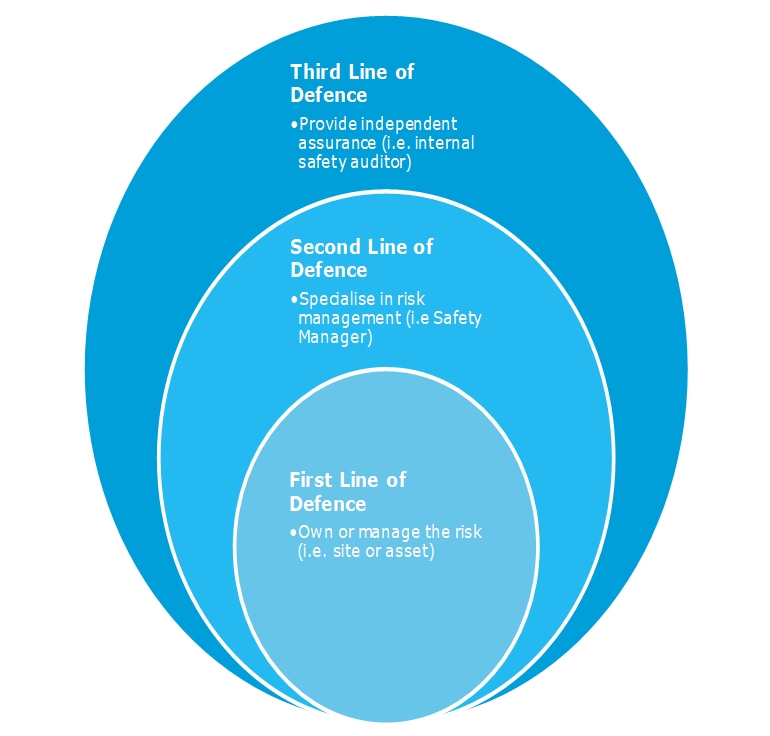 Lessons learned
Internal auditors carrying out the third line of defence should have the appropriate competency for the risks the organisation being audited is exposed to. This is a key requirement for the success of the three lines of defence model. As such corporate boards and audit committees do need to ensure the competency of the internal auditors.

DNV have seen evidence from some high hazard organisations where the internal audit process is not adequately resourced with a competent safety management auditor. The resulting internal audit is an activity which does not provide a critical review of the organisation’s safety management. There is no one to critically examine and hence robustly assure that the safety manager is carrying out their responsibilities. That is not to say that the safety manager is unable to fulfil their roles and responsibilities without a rigorous third line of defence in place. The result is that corporate boards do not have an independent competent viewpoint that their organisation’s safety hazards are being effectively managed.

In one case a corporate board had deep concerns about their management of safety. The board were unclear about what to do to address the major events that were occurring as part of their activities. After an independent assessment, DNV concluded that the client organisation had a systemic blind-spot related to certain risks. Additionally the organisation had a much higher opinion of their safety performance than was warranted. The organisation had adopted the three lines of defence model and a weak third line of defence related to safety was the root cause.