When a material (e.g. a pollutant or chemical) is released to the atmosphere – there are two main physical processes that govern its transport/movement away from the source:

Advection typically occurs alongwind (i.e. in the x or release direction to reflect the momentum vector) as this is momentum driven. Dispersion/diffusion occurs in the alongwind (x), crosswind (y) and vertical directions (z).

With regards to directions, the following applies (see Figure 1): 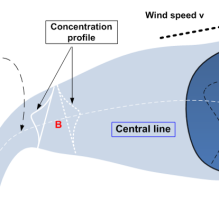 Figure 2. Example of Gaussian or “normal” distribution (click to enlarge)

Cloud dispersion profiles (in the far field) have been observed to conform to a normal (i.e. gaussian profile). Imagine releases from stacks (see figure 1). Sigma x, y and z (σx, σy, σz) respectively represent the standard deviation of the distribution from the centreline concentration (the mean of the distribution) and are known as dispersion coefficients. See Figure 2.

Release types and lack of along wind diffussion

Broadly speaking, release types can be categorised as follows:

For continuous steady state releases, diffusion in the x direction is typically far less than the amount of advection; hence, often ignored. This is a reasonable assumption and the lack of AWD for this type of release is not significant. In Phast, the calculations for continuous releases assume that the duration is sufficient for the release to reach a steady state in which air is entrained only through the sides of the cloud, and entrainment in front of and behind the cloud can be neglected. In other words, advection forces in the x direction are strong and will dominate.

For puff (i.e. instantaneous releases), dispersion occurs in all directions. The effects of AWD are inherently accounted for.

However, for short duration releases the impact of AWD can be significant, particularly because advection forces in the along wind direction are weak.

Key consequences associated with the lack of AWD are:

In the current versions of Phast, approaches to handle this are limited. We have “Quasi-Instantaneous transition (QI)” and “Finite Duration Correction (FDC)”. Whilst these go some way to addressing the problem, they still offer a limited solution. More details on these approaches can be found in the Phast product documentation supplied with the program.

The upshot is that for short releases which do not reach a steady state, the modelling must be modified/updated to address this current limitation.

An updated version of the dispersion model in Phast/Safeti (called the “Unified Dispersion Model (UDM)” that accounts for the effects of AWD has been developed and will be available from version 8 onwards. This is called UDM Version 3. Current versions of Phast/Safeti (7.x) include version 2 of the UDM. 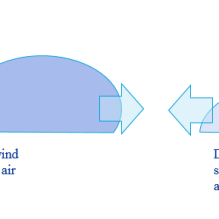 In addition, the following benefits will be offered: 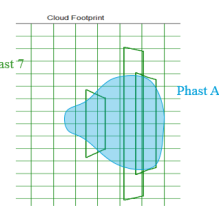 Figure 4: Illustration of time varying dispersion footprint – with and without AWD (click to enlarge)

The inclusion of Along-wind diffusion capability will be a revolution in the way dispersion calculations are performed and presented in Phast/Safeti.

It will provide more accurate results for far-field, short duration or time-varying releases including those which rain out – generally reducing concentrations and extended passage time. More generally the presentation of such clouds in the graphs will appear more realistic, doing away with multiple discrete segments and the more implausibly shaped clouds we see now.

The new model has undergone extensive verification and validation that involved comparison of the results versus other analytical solutions and large scale experiments with very good results.

This will be major benefit to users of Phast/Safeti and will help to provide more realistic and accurate results. Some specific benefits of UDM 3 in Phast/Safeti are:

Phast/Safeti 8.0 is anticipated for release towards the end of 2017. Exciting times ahead!