In March 2019, 76% of all new cars sold in Norway’s capital city, Oslo, were electric vehicles (EVs) and the world largest plug-in hybrid ferry with capacity of 2,000 passengers will start operation between Norway and Sweden this summer.

Policies have helped to drive the Norwegian electrification transport revolution. This was the clear theme of the European EV Charging Summit 2019 in London. At the event, I spoke about the Norwegian EV revolution, the electrification of transport that drives grid investments, and the opportunities in managed EV charging which could save millions. Let me share some of my highlights.

Each year, DNV publishes its global Energy Transition Outlook. This report presents our forecast of global energy demand and production. In this report, we predict that there will be a very rapid uptake of light electric vehicles, once they reach cost parity with internal combustion cars within the next five years.  Uptake will then follow an S-curve pattern, associated with the speed of adoption of innovation.

Not only will battery technologies continue to improve over the forthcoming decades but advances in digitalization will increasingly turn vehicles into wheeled, networked computers. From the chart above, you will see that we forecast over 50% of new light vehicle sales globally will be electric vehicles by mid-2030.

In Norway alone, we have already seen monthly sales of EVs surpass 50% of all personal cars. In March 2019, we saw a large batch of Tesla 3 cars become available to consumers, resulting in a jump in EV sales to 57% of new registered cars.

The illustration below shows the cumulative number of EVs in Norway (bars), the annual sale of EVs and total sales, including hybrids, as a share of new registered cars (graphs). Last year, the sales of EVs and hybrids in Norway reached 50% of new cars, and it reached 60% in first quarter this year.

Over the last 10 years DNV  has taken part in a technology revolution which is driving the development in the electrification of transport:

This imminent shift to low carbon transportation represents an exciting time and working at DNV, enables me to be  at the centre of this transition by offering services on battery and charging testing laboratories, technical and market assessments and work on new flex market options to support EV integration.

EVs in many areas of richer countries are a new main driver for electricity load increase. The bars in the graph below shows DNV’s expectation for use of electricity in road transportation up to 2050. As you can see, it increases from today’s low to around 10,000 TWh of electricity in 2050. This is close to 30 times the total power generation of the UK in 2018.

This represents a new growth impetus to the power industry across the globe, not least in the richer countries that have seen electricity demand fall due to energy efficiency. It will actually offset the effects within the power sector of energy efficiency, though a lot of other types of energy (fuels) are saved as EVs are about 3 times as energy efficient as internal combustion engine vehicles.

Norwegian power consumption is higher per capita due to domination of electric heating and a good base of electricity intensive manufacturing. Still we see that the expected scenarios for new EVs are likely to drive investments in distribution level grid if no measures are taken. Together with Pöyry, DNV has recently analysed  the impacts with or without managed charging on the distribution level investments on behalf of the Norwegian power sector regualtor, Norwegian Water Resources and Energy Directorate. The graph below illustrates how Norway can save some 11 billion NOK by having managed charging moving charging from peak periods to low demand periods at night. 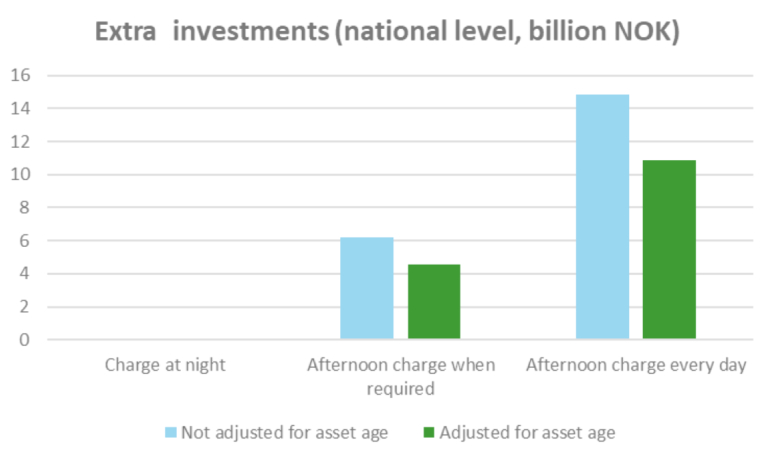 But small EVs are not the only part of electrification of transportation in Norway. We have seen heavier vehicles, like those operated by recycling company, RagnSells, using a 50 ton pull-wagon for regular operations over 150km, and we see other operators within the heavy vehicle segment look at hybrid and EV options. Oslo’s public transport operator, Ruter, has started using electric busses, and plans for 200 vehicles as part of its fossil-free strategy. Ampere was the first Norwegian full-electric road transport ferry, and around 70 addtional electric ferrys are coming into use in the Norwegian fjords over the coming years. Color Line is now building the world largest plug-in hybrid ferry that will be 160m long and have a capacity of 2,000 passengers and about 500 cars. The ship has been constructed and being prepared for operations later this summer, with daily crossings planned between Norway and Sweden.

This raises the question of how to best cater for the peak load of such larger electric transport vehicles. Should the grid company invest in grid reinforcement? Or can battery storage at the quay solve the issue by allowing trickle charging from the grid and then dumping the capacity over to the vessel in short time without destabilizing the grid?

We work with ferry operators and distribution grid operators to help facilitate cost efficient solutions. The answer is not always straightforward as it is impacted by grid regulations, the grid tariff structure, and the business model applied for the battery ownership and management. And for batteries on the quay, who should own and operate the these and charging infrastructure? The vessel operators are normally very good at operating vessels, but may have less interest in owning and operating batteries. 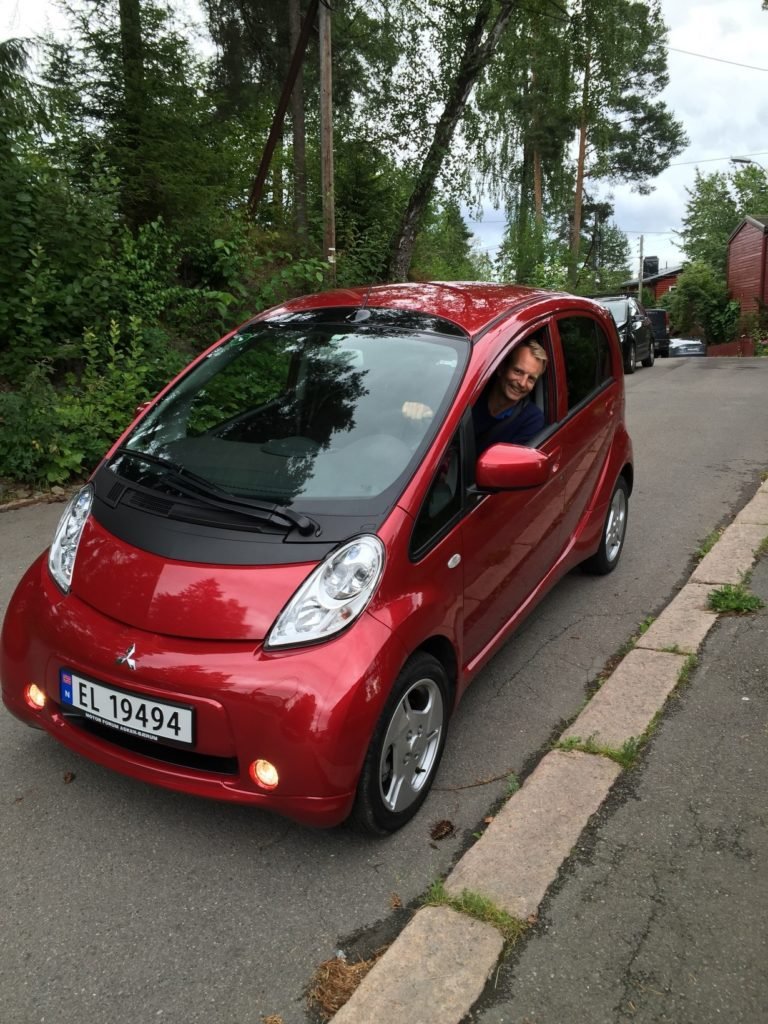 There is a lot happening right now, not only in the electrification of transportation and charging infrastructure, but also developments within tariff and market design to allow for new businesses models and transactional relations to develop. On the West Coast of Norway, the regional power company, BKK, has been establishing new business ventures to explore these business models in owning an operating assets for maritime and road transport charging.

So before I drive away in my old EV, the Mitsubishi MiEV from 2011, I will try to sum up the lessons from the EV revolution in Norway: