With 1200 MW of added wind capacity forecast for Sweden before the end of 2019, bringing the total installed capacity to approximately 2GW, the future is looking bright and the conference exuded this optimistic confidence.

However, there was an air of concern about the outlook for offshore wind following the very fresh news that Vattenfall is scrapping its plans for the development of the Taggen project, a 300MW wind farm off the coast of Sweden after the country’s military vetoed the companies’ revised plans for the project.

A key point debated at the conference is who should bear the costs for the offshore connections, although there seems to be consensus that it should not be the developer. All in all, the impression was clearly that nothing will happen for a long time, despite strong interest from many developers and rapidly declining prices. 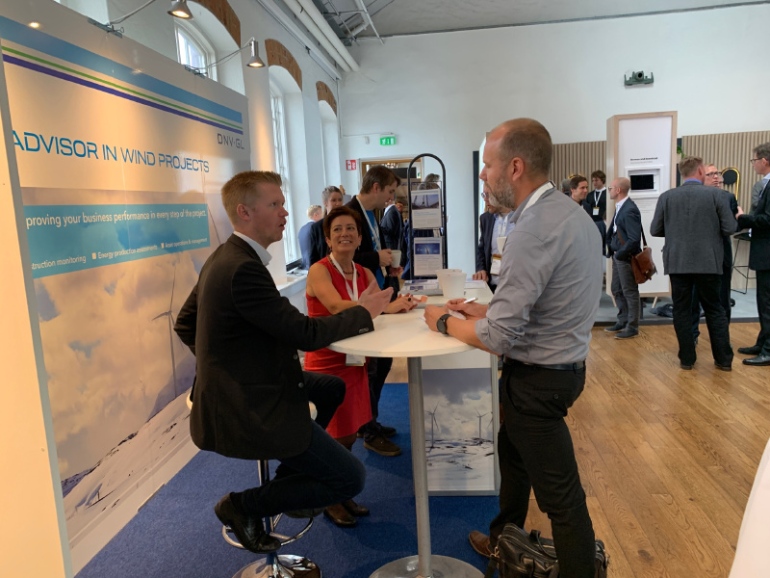 On the second day, which was much more focused on grid connection issues, it was made clear that from a technical perspective there are no obstacles for wind turbines to provide ancillary services to the grid. Manufacturers stated that the needed functionality is available in wind turbines today. Power Purchase Agreements (PPAs), which have proven to be a great tool for a stable development of wind power, do not support ancillary services, at least not explicitly. More information to bridge the gaps between stakeholders and/or modifications to the format of the PPA is needed to promote more active participation of wind power in the market.

The idea that the concept of “baseload”, or constant power, is a thing of the past is gradually gaining ground. In the long run, we will move to a completely different way of operating the grid, where variability is “the new normal” and flexibility has a value – whereas constant generation or consumption is no longer highly valued. Media articles, can sometimes give you the impression that we are going towards a future with frequent long blackouts and significantly decreased supply quality. In this context, Prof Lennart Söder from Royal Institute of Technology, Stockholm (KTH) presented an interesting contribution to the debate. Lennart referred to a report from Svenska Kraftnät, the Swedish TSO, concerning the risk of outage in 2040, when more than 100 TWh of wind power will be introduced to the grid, increasing consumption to approximately 180 TWh and removing nuclear powers contribution completely. Under these assumptions, the TSO estimates the risk for outages will be 0.7 hours per year. Of course, all of us active in the power sector should work minimize this risk, but it definitely puts things in perspective.