Details of the next release of Phast and Safeti, version 8.4.

It’s been a couple of months since my last blog post, providing some details of the next release of Phast and Safeti, version 8.4. A lot has happened in those two months, so I thought it would be a good idea to provide an update.

In my last post, I described four improvements being made:

In addition to these, I’m excited to be able to announce a number of other improvements:

The 64-bit work is mostly complete and I’m really excited by what this will offer, particularly for large Safeti studies. It really is a game changer for memory management.

The explosion and thermal radiation exceedance work is complete and this is another big improvement. Users will be able to produce exceedance curves even if storage of detailed results has been turned off. Again, this will really help large studies, because it will mean the database containing risk results by default will be significantly smaller. Users will be much less likely to run into the 10 GB limit and will still be able to produce exceedance curves.

If there is one thing I have learnt in my career it’s that things take longer than what you first think, and the exceedance work was no exception to that. We did more than originally planned because we felt it was a good opportunity to tidy a few things up in the user interface and to provide some additional reports. We’ve also decided to have two risk galleries: one providing standard results and one providing additional results when storage of detailed results is turned on. 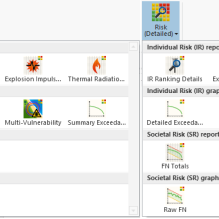 On the GIS side, we’ve made an improvement to the export of consequence and risk plots from the GIS map as shapefiles (.shp), which allows the data to be imported into other GIS software (Google Earth, ArcGIS, QGIS, etc.) very easily. In previous versions of Phast and Safeti, the user would have to download a projection file (.prj) from third-party websites before the shapefiles can be imported into their GIS software. In Phast/Safeti 8.4, users will no longer have to do this, because as part of the process to export data to shapefile, the projection file will also be exported. A small change that makes the whole process easier. 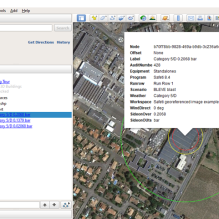 Further improvements to the GIS will involve users being able to import KML data and import it into Phast/Safeti to be used in the modelling. A good example of this is associated with long pipelines. We want users to be able to take a pipeline geometry drawn in other GIS software (e.g. Google Earth) and import into Phast/Safeti so that there’s no need to re-draw the route. I’m writing this blog in the middle of a workshop with our developers to deliver this work. Similar to what I wrote earlier…nothing is as simple as you first think!

The work to implement ERPG toxic effect level contours is complete; this will allow users of Phast/Safeti with a 3D licence to produce effect/risk effect contours for the ERPG concentrations of toxic materials.

You will be able to create long pipelines without having to draw the entire route on the map. There will be three options:

A pipeline point will allow you to to click a location on the map where you want the release to be modelled. Within the pipeline object you’ll be able to specify the distance from the start of the pipeline to the release location.

With a pipeline polyline, you will draw on the map the section of the pipeline’s route where you want to model releases. This could be the entire route or a portion of it. This will be particularly useful if, for example, you want to model releases from a few hundred metres’ worth of pipeline located adjacent to a facility such as a refinery. Instead of drawing the entire route, you would draw the few hundred metres. Then in the model’s dialog you will be able to specify the entire length of the pipeline for inventory calculations and also where along the pipeline the drawn portion exists: the start, the end or somewhere in between. 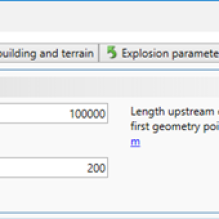 New materials will be added to the standard list of materials in a new Phast/Safeti workspace. This will mean less of a requirement to open the Admin Materials program to manually add materials from the DIPPR database. The new materials are highlighted below. 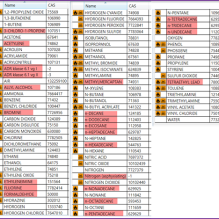 We plan on updating the materials database to the 2018 version of the DIPPR database. This version contains updated physical properties and flammability limits of some materials. As part of the release notes we will summarise the main differences for your reference.

There are one or two other improvements currently being discussed; I’ll bring you details of these once we know for certain whether those improvements will make it. It’s a very exciting time, and we’re not too far away now from this version being available to download. I’m often pressed for an expected delivery and I’m usually cautious because of uncertainty. Our current expectation is December, but I must emphasise I can’t promise anything. As you know by now…things always take longer than what you initially expect.

Thank you for reading. I hope the next time you hear from me will be in a webinar to present these changes in a live setting.