As the resource base and energy provider for the global economy, this system faces change on a massive scale in the coming decades. The system is central to the transition to a zero-carbon future and its position as an engine of economic growth will need to be aligned with meeting the Paris Agreement on Climate Change and the Sustainable Development Goals. 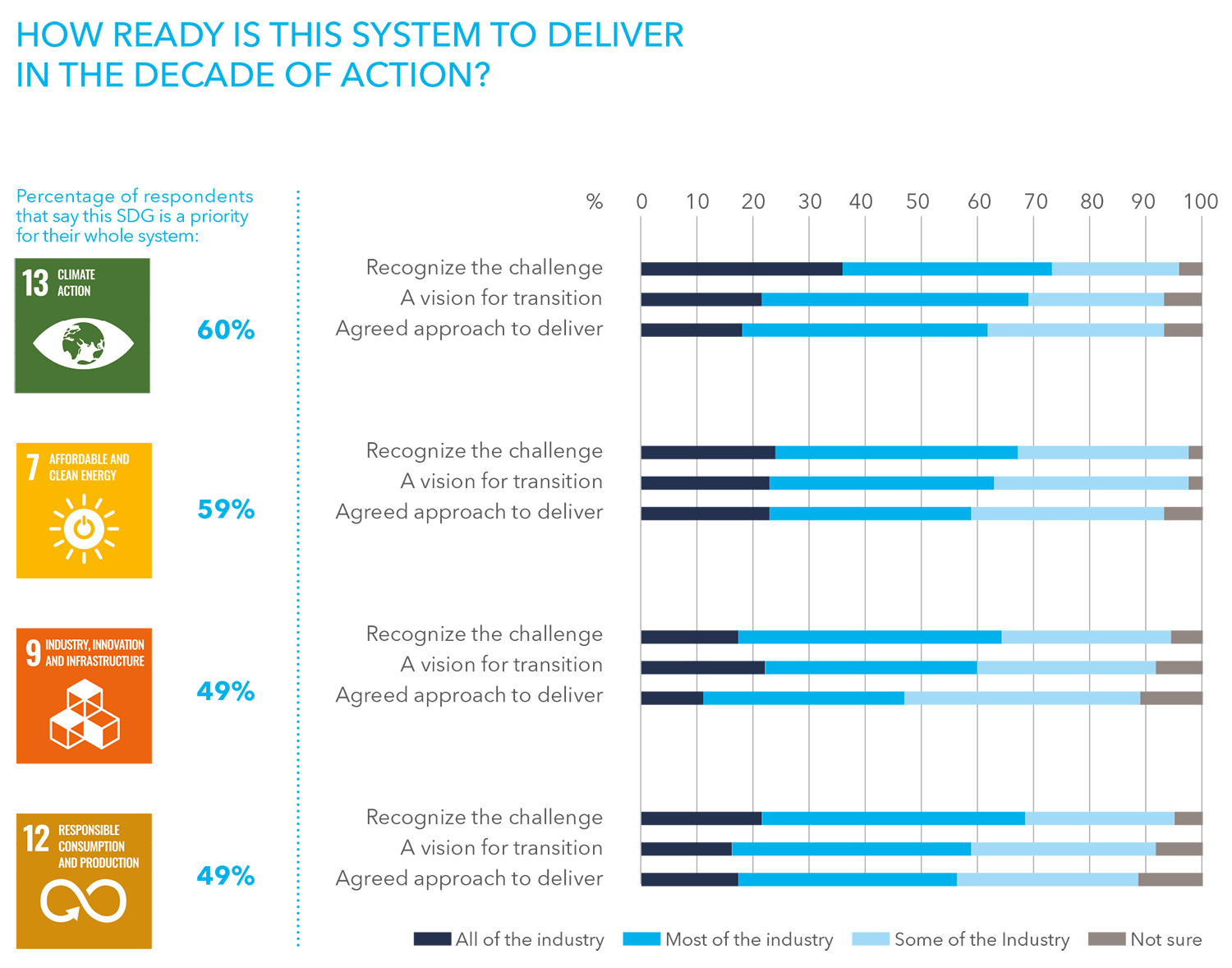 Business action aligned with the SDGs,  but ambition not raised

A large number of businesses (85%) within the system are currently taking action on the SDGs. Some of the interview data suggests that although initiatives and action are being aligned with the SDGs, the SDGs are not provoking higher  ambition within companies. For instance, only 6% have an emissions reduction target approved by the Science Based Targets initiative.

In each of the priority SDGs for the system, close to 60 per cent of respondents say the challenge is recognized and there is a vision for transition. The scores for an agreed approach to deliver the vision are consistently lower.

Target setting is above average, but scale is needed

Target setting for priority SDGs is generally higher than in other sectors and over 60 per cent of respondents set targets. Despite this positive action, 43 per cent of the system's respondents stated that progress was not moving fast enough to deliver the SDGs.

Businesses can accelerate  progress on the SDGs through standardized metrics informed by science, digitalization, leadership and multi-stakeholder collaboration.
Download the full report