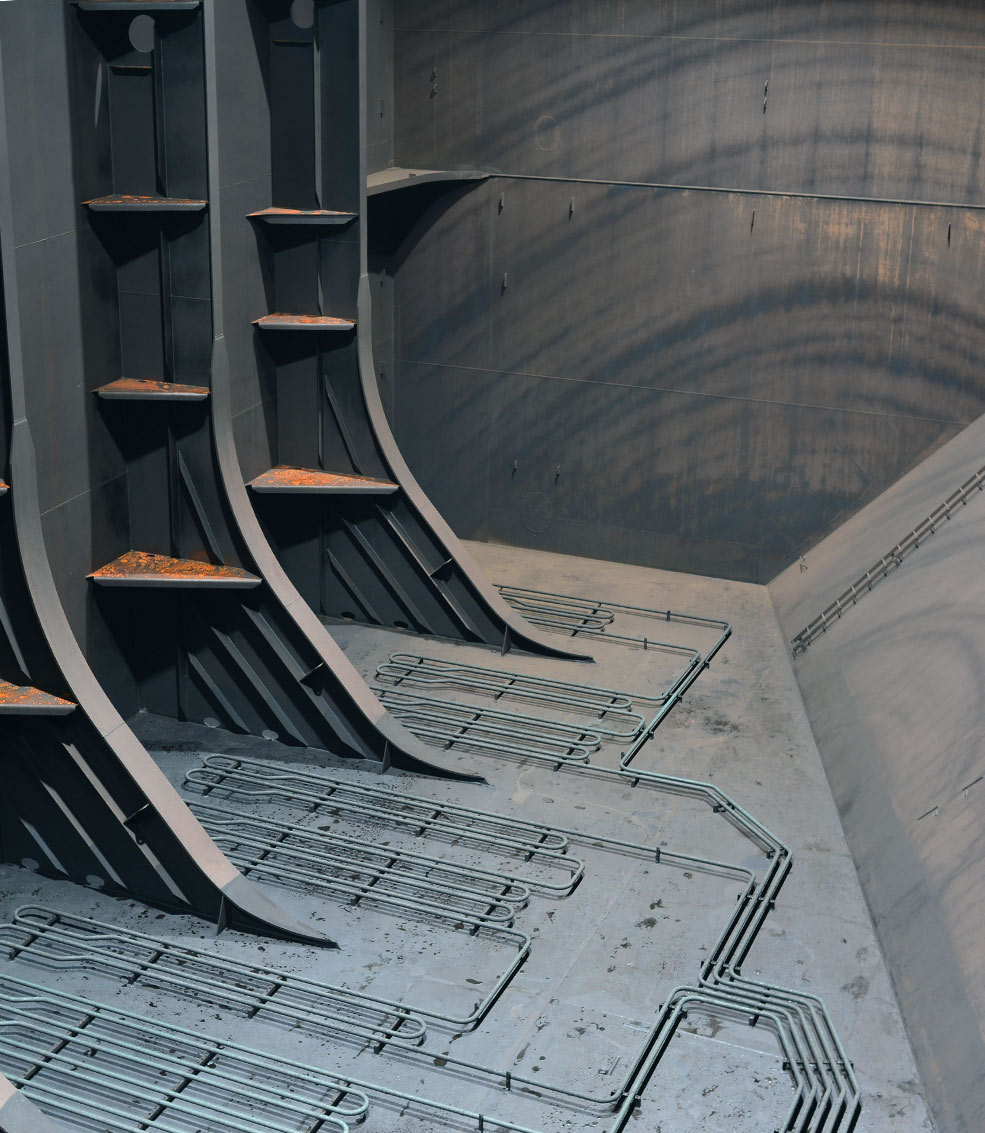 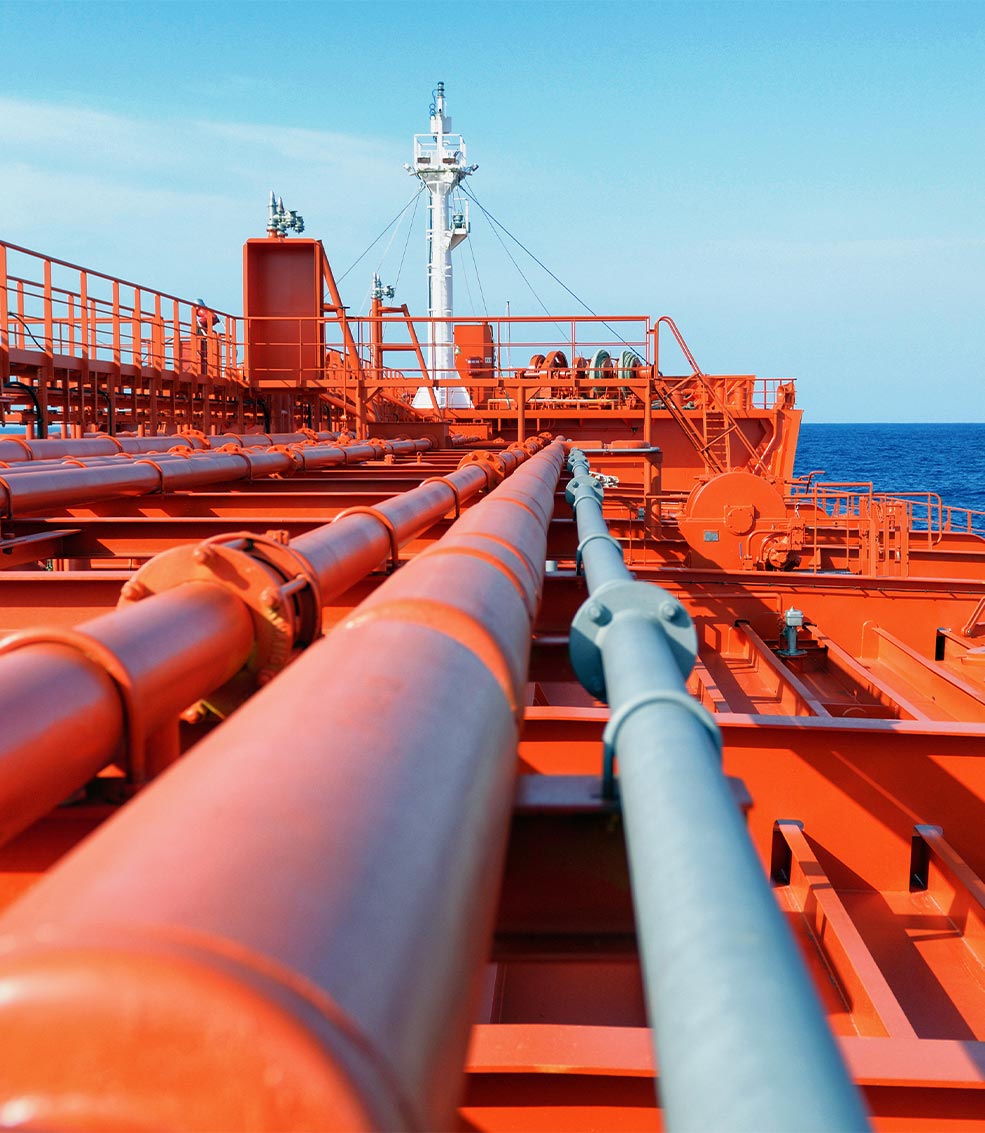 The use of corrosion-resistant steels in cargo oil tanks offers certain advantages compared to coatings. Tried and tested for about 12 years, they have now been included in DNV GL’s rules, and a new class notation for these steels is available.

Crude oil is a complex mixture of substances at varying ratios and in most cases contains at least some salt water. Even after desalination some of this brine remains dissolved in the crude and gradually sinks to the bottom of the cargo oil tank during transport. The corrosive nature of salt, along with microorganisms and other aggressive substances contained in the cargo oil, causes rust, most notably in the form of pitting, which are cavities in the steel that deepen over time.

“Pitting corrosion is typically found in the bottom area of cargo oil tanks,” explains Dr Eva Junghans, Senior Principal Engineer and Lead of Practice Materials & Welding and Additive Manufacturing at DNV GL. “Above the cargo surface, especially on the underside of the upper deck, corrosion tends to be more evenly spread,” the expert continues. “It is primarily caused by aggressive chemicals contained in the inert gas, which is flue gas from auxiliary engines pumped into the cargo tanks to prevent an explosion of fumes rising up from the cargo.”

While in the single-hull tankers of the past the cooling effect of the seawater slowed down bacterial growth by keeping the cargo relatively cool, the double hull of compliant modern tankers insulates the cargo from the low temperature of the seawater. As a result, the cargo stays relatively warm, providing ideal conditions for corrosion-causing microorganisms to thrive. Pitting therefore progresses rapidly on an unprotected tank bottom, weakening the metal and risking cargo loss, structural damage and environmental pollution.

“The traditional way to prevent pitting and general corrosion has been to apply specially formulated coatings to the affected surfaces,” says Dr Junghans. “This is an expensive, time-consuming process that needs to be supervised to ensure proper execution. What is more, protective coatings typically have to be renewed from time to time.”

These well-known facts prompted three Japanese steel manufacturers – JFE Steel Corporation, Nippon Steel Corporation and Kobe Steel, Ltd. – to submit a proposal to IMO to accept the use of corrosion-resistant steels as an alternative method of preventing corrosion in crude oil tanks. Following thorough discussion, IMO issued its new 'Performance Standard for Alternative Means of Corrosion Protection for Cargo Oil Tanks of Crude Oil Tankers' as an extension of the Performance Standards for Protective Coatings (PSPC) in 2010.

Research performed over a ten-year period by JFE Steel Corporation in a crude oil tanker delivered in 2008 confirmed that the corrosion-resistant steel dramatically reduced both pitting corrosion and general surface corrosion compared to uncoated conventional steel. Various other vessels featuring cargo tanks fitted with these advanced steels have been in operation since the new IMO PSPC standard came into effect and have demonstrated vastly improved corrosion resistance. The technology can thus be considered as validated.

a) Lower surface of the strength deck and surrounding structures (RCU)

c) Both the strength deck and the inner bottom plating (RCW)

Besides using the approved steel grades, the notation also implies the use of appropriate, approved welding consumables to join the plates. Compliance with both requirements must be substantiated by submitting specific documentation. The class notation will enter into force six months after publication of the rules, i.e. in January 2021.

Eliminating the cost of coating

Opting for corrosion-resistant steels in the corrosion-prone areas of crude oil tanks offers various benefits to owners and charterers as well as shipyards. One example is to eliminate the cost of coating and shortening the time it takes to complete a newbuild in the yard. Furthermore, no coatings need to be reapplied to the relevant tank wall areas over the lifetime of the vessel since the IMO performance standard assumes a useful life of 25 years of the cargo oil tank (COT) steel until its thickness is reduced beyond acceptable levels. Owners who choose this class notation can demonstrate to cargo owners that their crude oil tankers have a lower risk of tank bottom or wall failure, cargo loss and environmental pollution, thereby enhancing confidence in their ships. 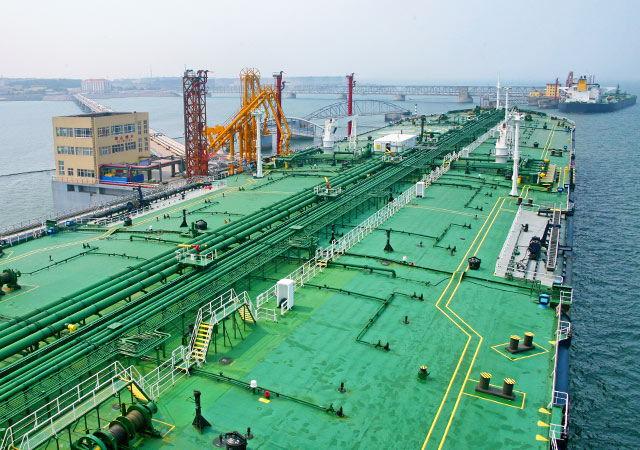 Crude oil tankers must protect their cargo tanks against corrosion. Corrosion-resistant steels have shown to be a viable and attractive alternative to protective coatings. 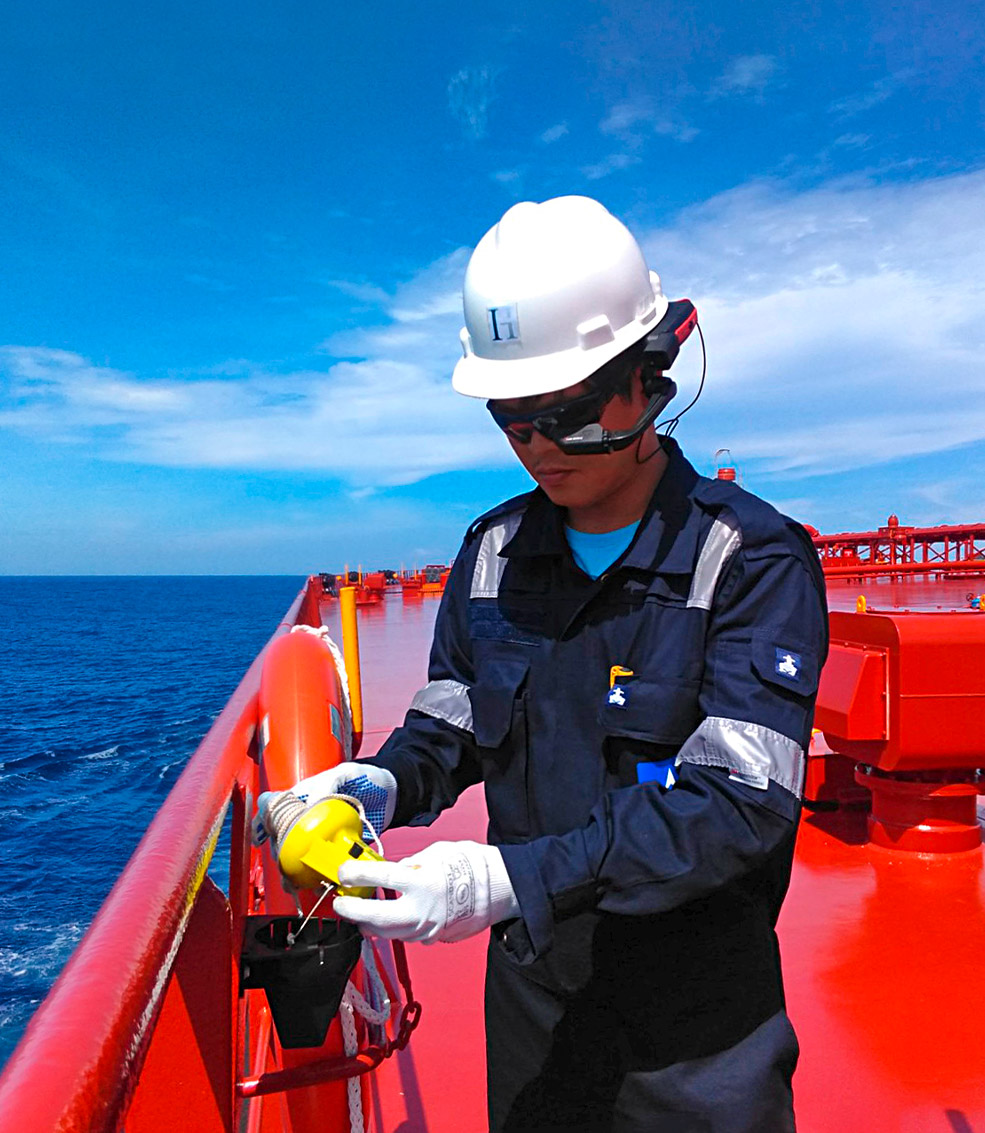 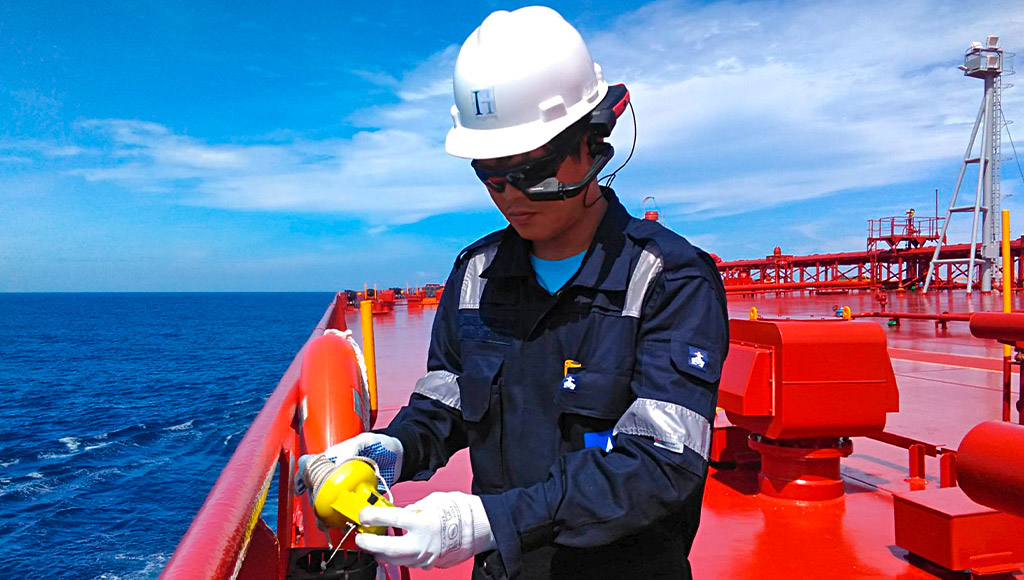 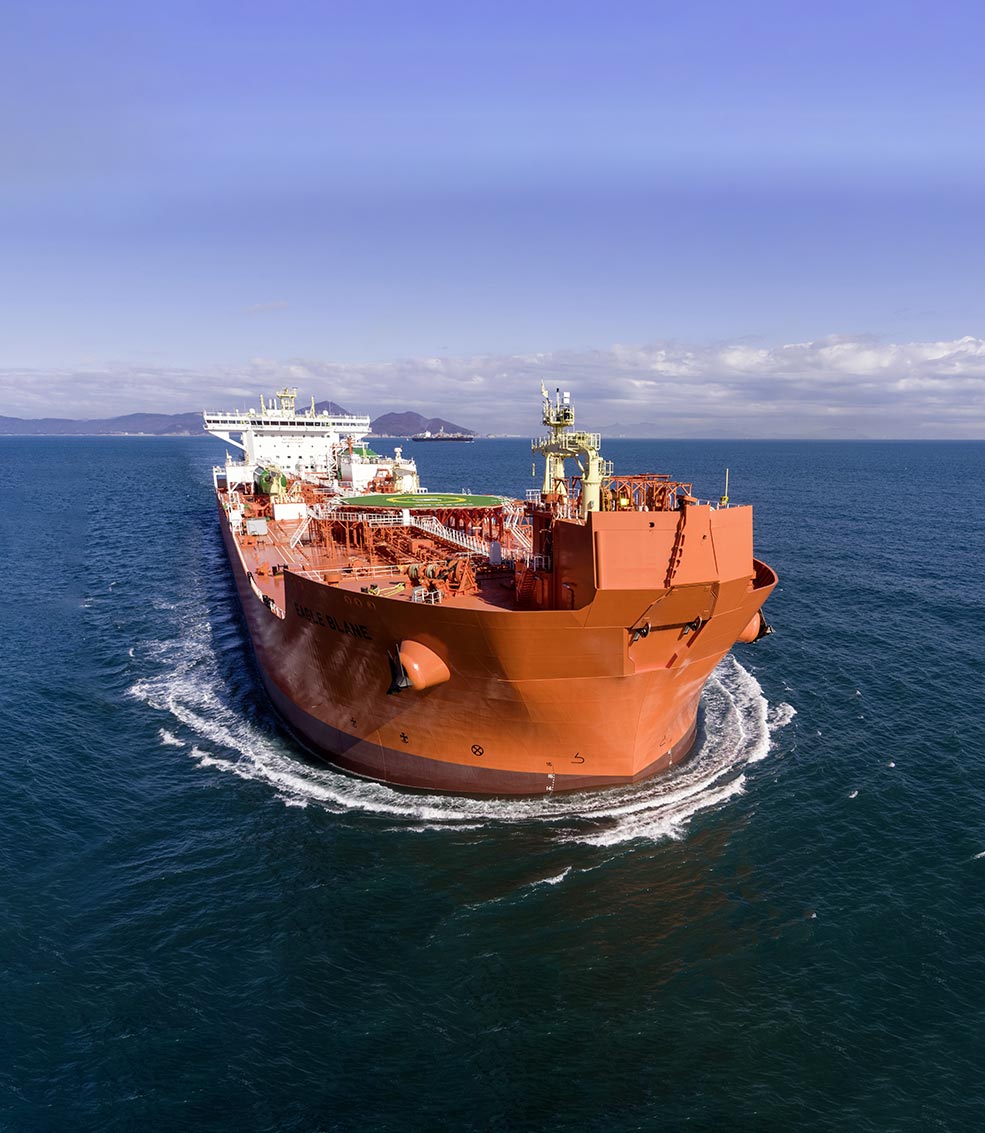 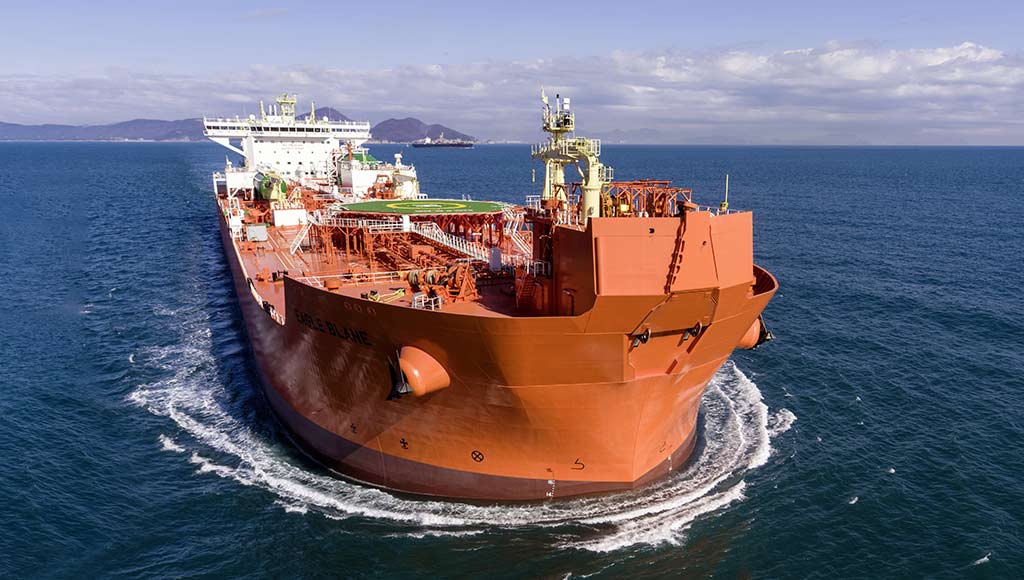