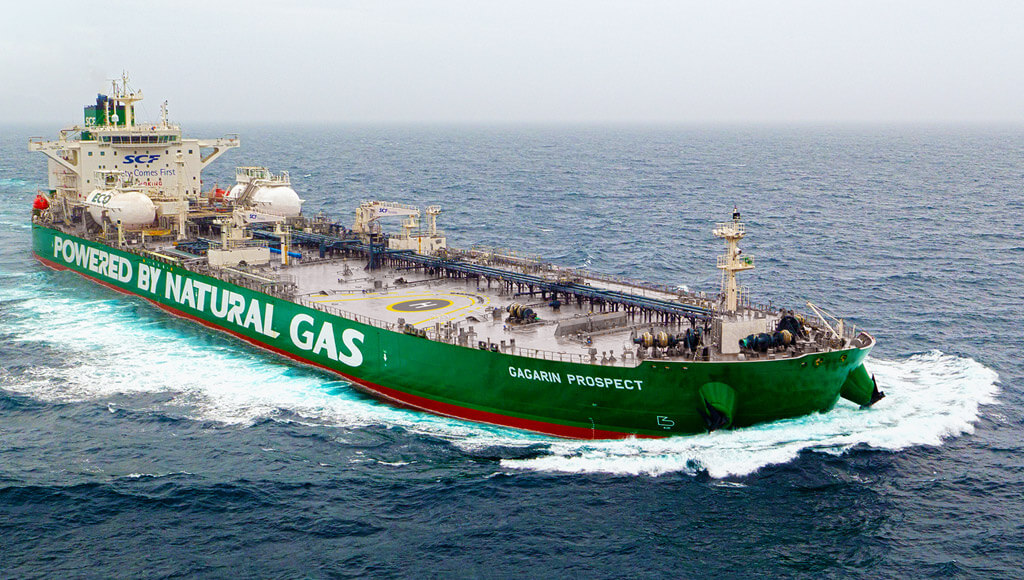 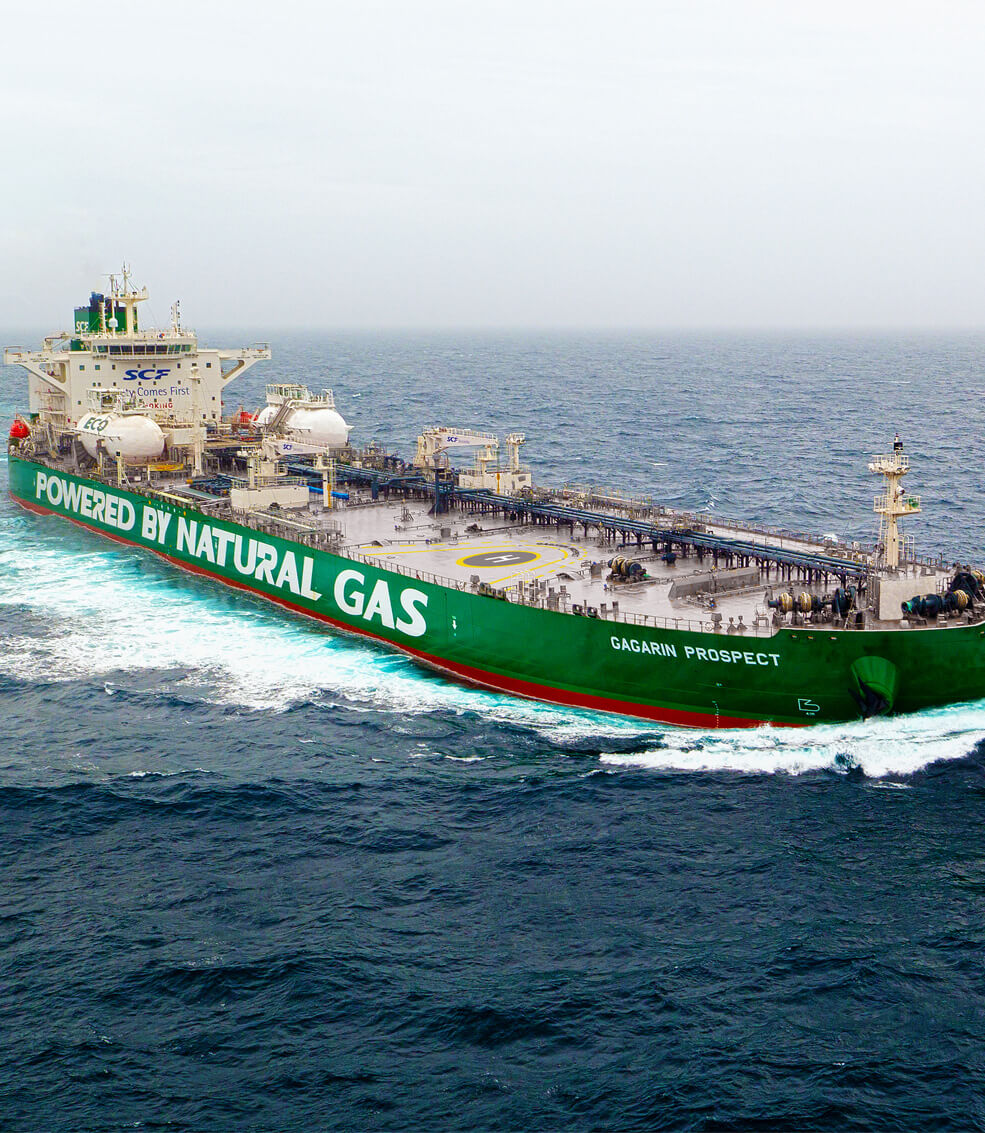 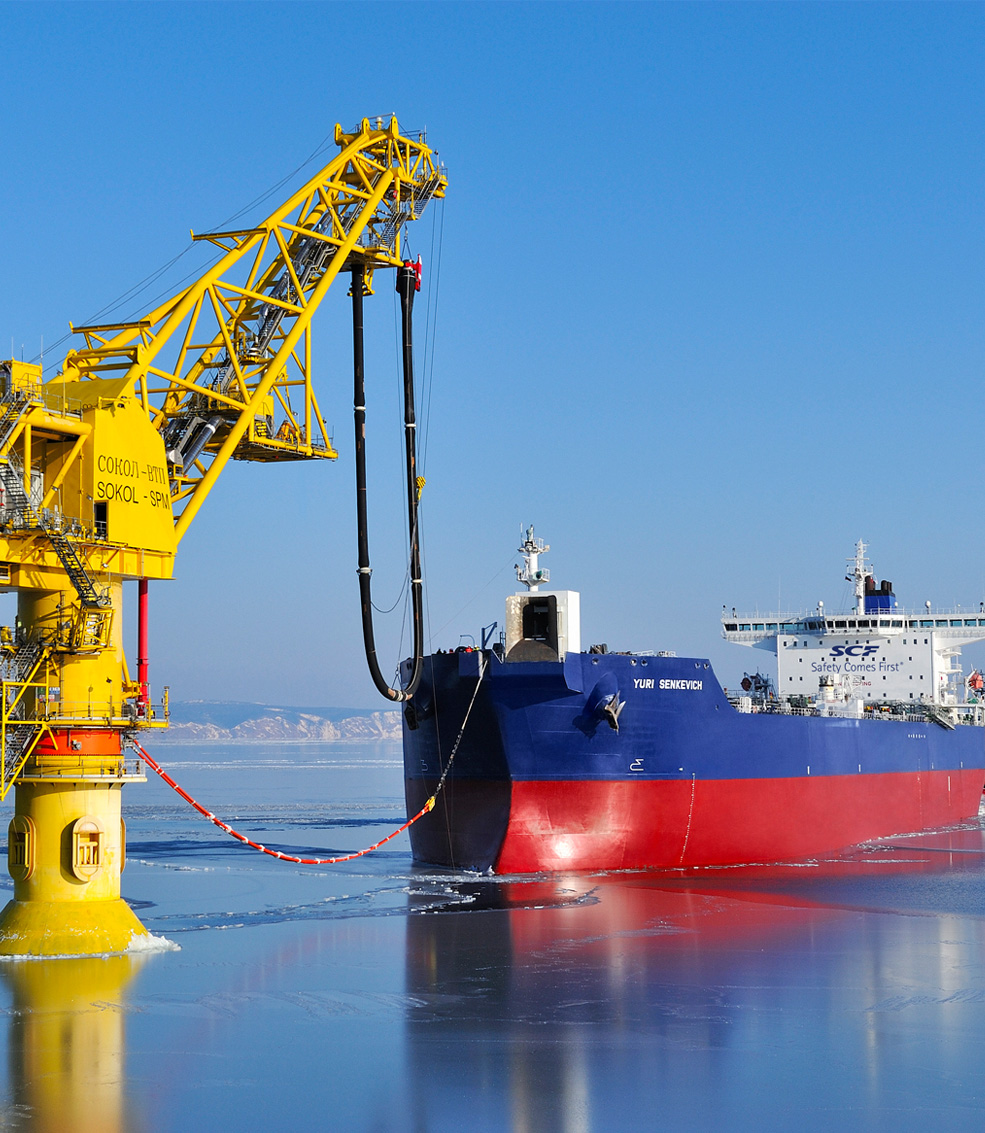 The cosmonauts of the seas

How the leading oil and gas shipper Sovcomflot is building on Russia’s seafaring heritage to push the boundaries in the Arctic and boost LNG as a fuel.

On 12 April 1961 Yuri Gagarin ventured into unknown territory to become the first man in space. His 108-minute flight around the Earth made him an international hero and when the CEO of Russia’s leading shipping company Sovcomflot (SCF) draws parallels between the pioneers in space and his captains in the Arctic, he is persuasive on how seafarers navigating the far North also deserve their place in the history books. “The Arctic is every bit as challenging as the exploration of Space. Today, there are probably fewer Arctic captains in the world than cosmonauts,” Sergey Frank says, sitting in a boardroom at Sovcomflot’s Moscow office.

To underline his point, Frank talks about the amount of data handled by the SCF navigational and training centre in St Petersburg to guide captains through the Arctic, where winter temperatures may average minus 40 degrees and vessels need to break through ice thicker than two metres. “That can certainly be compared to a mission control room in the space industry,” the CEO says. “With one difference: shipping is about harder substance, such as ice ridges, changing currents and winds. When wind speeds accelerate to 18 metres per second or more, even the mightiest ships are tested to their full potential.”

The winds were favourable on 16 August 2017, when the Sovcomflot-owned icebreaking LNG carrier Christophe de Margerie successfully completed her first commercial voyage, transporting liquefied natural gas (LNG) through the Northern Sea Route (NSR) from Norway to South Korea. During this voyage, the vessel set a new time record for an NSR transit of just 6 days, 12 hours and 15 minutes. More over, Christophe de Margerie has also become the world’s first merchant vessel to travel the full length of the NSR without any icebreaker escort. “It’s really a matter of great skill to navigate there,” says Frank.

While Christophe de Margerie set a record in the Arctic, Sovcomflot also opened a new chapter in Baltic Sea shipping. Russia’s largest shipping company this July took delivery of what Frank calls “the ship of the future,” the world’s first LNG-fuelled Aframax oil tanker. As Gagarin showed the world what mankind is capable of in space, SCF is actively promoting the increased use of LNG as a fuel as the industry is preparing for stricter emission rules imposed by the International Maritime Organization (IMO) from 2020. “The shift away from fossil fuels is a reality,” Frank says. To send that pioneering message, the first of the six 114,000 dwt tankers of the series constructed at the Hyundai Samho Heavy Industries shipyard in South Korea honours the first man in space.

Royal Dutch Shell, SCF’s industry partner in this green initiative, chartered the recently launched Gagarin Prospect, classed by DNV GL and RS. Shell will also provide the LNG to power all six tankers as they will initially be carrying crude oil and petroleum products across the Baltic Sea from Ust-Luga and Murmansk to Rotterdam and Bremerhaven. Under a plan to localize production, the Zvezda shipyard in Russia’s Far East is looking to build more LNG-powered tankers from 2020.

Thanks to its ability to sail through up to 2.1 metres of ice, Christophe de Margerie became the world’s first merchant vessel to travel the full length of the Northern Sea Route without icebreaker escort.

But that’s just the beginning: “We plan to develop the use of LNG fuel across our whole fleet, a move that I believe will be replicated throughout the industry, as more bunkering options become available,” Frank says.

Founded in the Soviet era, Sovcomflot in the last 30 years has grown from a mid-sized shipping company into a global leader in energy shipping, generating revenue of 1.4 billion US dollars in 2017. Established in 1988 as a joint stock company, Sovcomflot’s initial task was to modernize the country’s merchant fleet and boost Russian exports. From 2004, when Sergey Frank took over command on Sovcomflot’s navigating bridge, the state-owned company started to focus its business on high-value industrial oil and gas projects. Since then, SCF has tripled the size of its fleet to 144 vessels with a combined capacity of 12.5 million tonnes (dwt). “Much of our business involves vessels on long-term charters, in some instances for a period of 25 years,” Frank says. 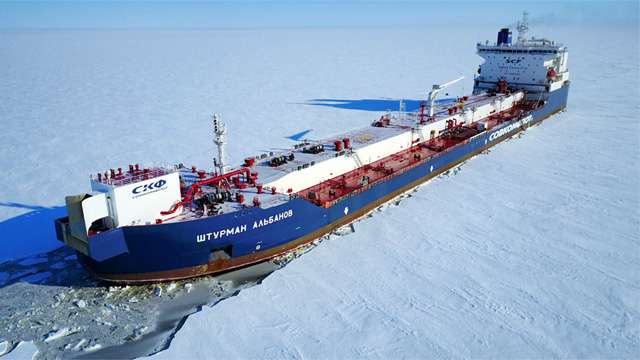 Shturman Albanov is the lead ship in a series of Arctic shuttle tankers ordered by Sovcomflot Group under a long-term contract with Gazprom Neft.

Back to the roots

Frank’s obsession with the maritime world, which took him from being a cadet to a CEO, began on the banks of the Ob River, where he was born 58 years ago in the Siberian city of Novosibirsk. The Ob River feeds the Arctic, so Frank’s career seems somehow predetermined. After school, Frank earned degrees in maritime navigation and law at universities in Vladivostok in Russia’s Far East to then fill several academic and public posts, which culminated in a six-year tenure as Minister of Transport under Presidents Boris Yeltsin and Vladimir Putin.

In 2004, he returned to his maritime roots to head SCF, focusing the enterprise’s business on solving the logistical challenges resulting from oil majors rushing to the Arctic to explore its energy sources. While the Arctic Circle covers merely six per cent of the world’s surface, it is thought to contain as much as a fifth of the planet’s undiscovered oil and gas. In recent years, a decline in freight markets and fuel costs as well as the uncertainty surrounding international sanctions against Russia have cut the number of ships traversing the complete Northern Sea Route. But destination traffic in the area nearly quadrupled between 2013 and 2017, according to the Norwegian Polar Institute, with the main driver being the shipment of LNG.

Sovcomflot is building upon centuries of experience by merchants and explorers and is expanding its fleet of vessels equipped for the harsh environment of the northernmost region of the world. Today, more than half of its fleet have an ice class. At the end of 2017, the total amount of contracts exceeded eight billion US dollars, with half of SCF’s ships on time charters. This includes multi-year contracts with the Exxon Mobil-led Sakhalin-1 project in the North Pacific Ocean as well as Gazprom’s Prirazlomnaya platform, the first commercial offshore oil drilling in the Arctic.

One of the newest Arctic energy projects, the 27 billion US dollar Yamal LNG plant in northwestern Siberia, has also boosted demand to link the remote exploration fields with the economic growth centres further south. This has encouraged SCF to design the record-breaking Christophe de Margerie, effectively combining two ships into one. Thanks to an engine powered by 45 megawatts – which is comparable to the capacity of a modern nuclear-powered icebreaker – and a reinforced steel hull, the vessel can traverse the Northern Sea Route through ice as thick as 2.1 metres without icebreaker support. The amount of gas carried on board Christophe de Margerie is enough to provide heating for a country like Sweden for four weeks.

While Frank is proud of SCF’s role as a technology leader, he underlines that safety is always a prerequisite. “It’s not about vanity, it’s all about taking a rational approach,” Frank says. “With partners such as Shell, we’re preparing every single project meticulously before we take any risks.” Internal procedures including an innovation committee on the board help to ensure that safety standards are met, he says. “It’s no coincidence that our initials SCF echo the slogan ’Safety Comes First‘.” 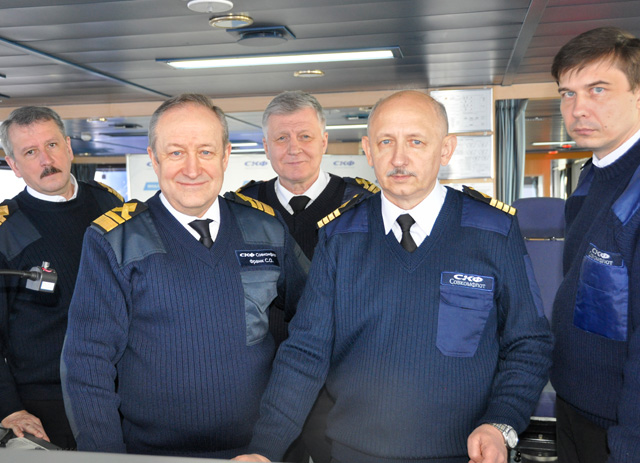 Classification societies such as DNV GL also play a crucial role in facilitating compliance and raising industry standards as technology advances, Igor Tonkovidov, Executive Vice President, Chief Operating Officer and Chief Technical Officer at Sovcomflot, adds. Almost 100 of Sovcomflot’s vessels have DNV GL classification. “DNV GL is a safe haven for us due to their depth of knowledge and research power on harsh environments and the Polar Code,” says Tonkovidov. “As new technologies, higher safety standards and regulatory changes are introduced in the industry, we believe that classification societies can be of significant help for shipping companies,” adds CEO Frank.

“We are very proud to have been a long-standing partner of Sovcomflot, helping them to constantly push the boundaries,” says Knut Ørbeck-Nilssen, CEO, DNV GL – Maritime. “Be it shipping in harsh environments such as the Arctic, or applying LNG as a ship fuel – Sovcomflot has for decades shown great pioneering spirit that we share at DNV GL.” 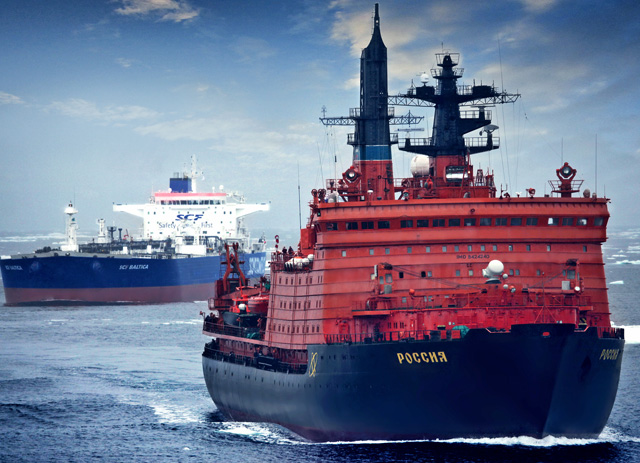 Sovcomflot has unique experience of operating ships in the Arctic. SCF Baltica became the first heavy-tonnage vessel to make the high-latitude journey from the Atlantic Ocean to the Pacific.

Search for the best crew

While Frank stresses that a state-of-the-art vessel is one thing, he is keen to emphasize the human factor: “The success of operating these highly complex ships in extreme environments hugely relies on the individual skills and knowledge of our crew,” he says. That’s why Sovcomflot hires “the best talents” from Russia’s maritime academies and makes great efforts to train them in navigating in icy waters. A special assessment awaits captains before they are allowed to take on responsibility for a vessel and cargo worth hundreds of millions of dollars, as well as two dozen crew members: “They literally join us in the boardroom and we bombard them with questions; we want to get to know every single captain,” the CEO says. Once captains are in command and performing well, they can also benefit from incentive payments similar to the management. “I don’t know any other shipping company that does that.

And Frank himself, whose opinion does he rely on after 14 years at the helm of Sovcomflot? “I treasure the views of our Russian Arctic veterans and long-standing captains more than everything else,“ Frank says. “Their opinions still carry a lot of weight.“ So, whether or not Frank and his “Gagarins of the Seas” will eventually join the first man in space in the history books, there’s one key message that Sovcomflot is sending out: cherish your past when you strive for progress. While Sovcomflot will keep pushing the technological boundaries in the energy shipping world, it will always keep in mind that it is experience and people that make the difference. 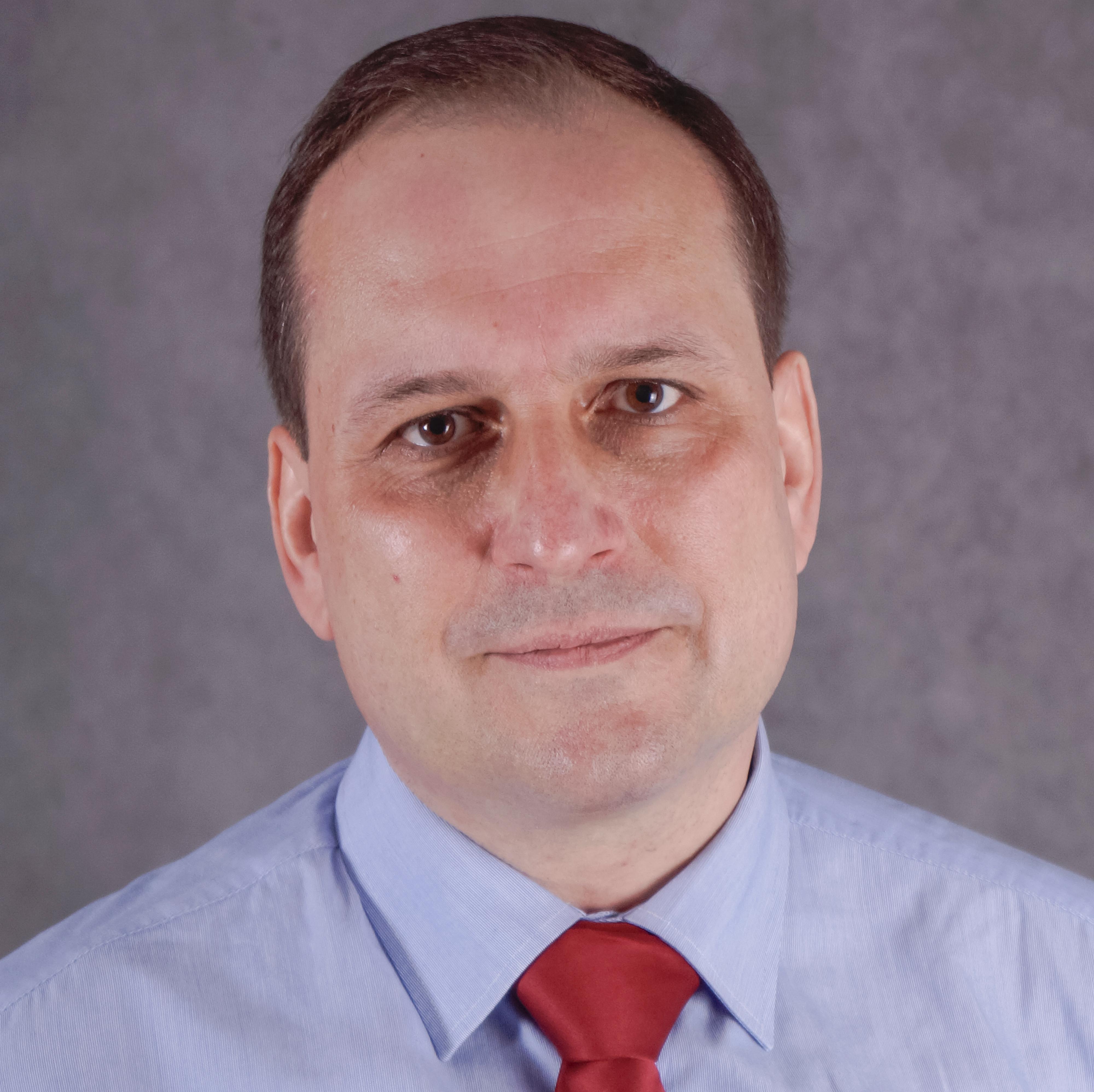 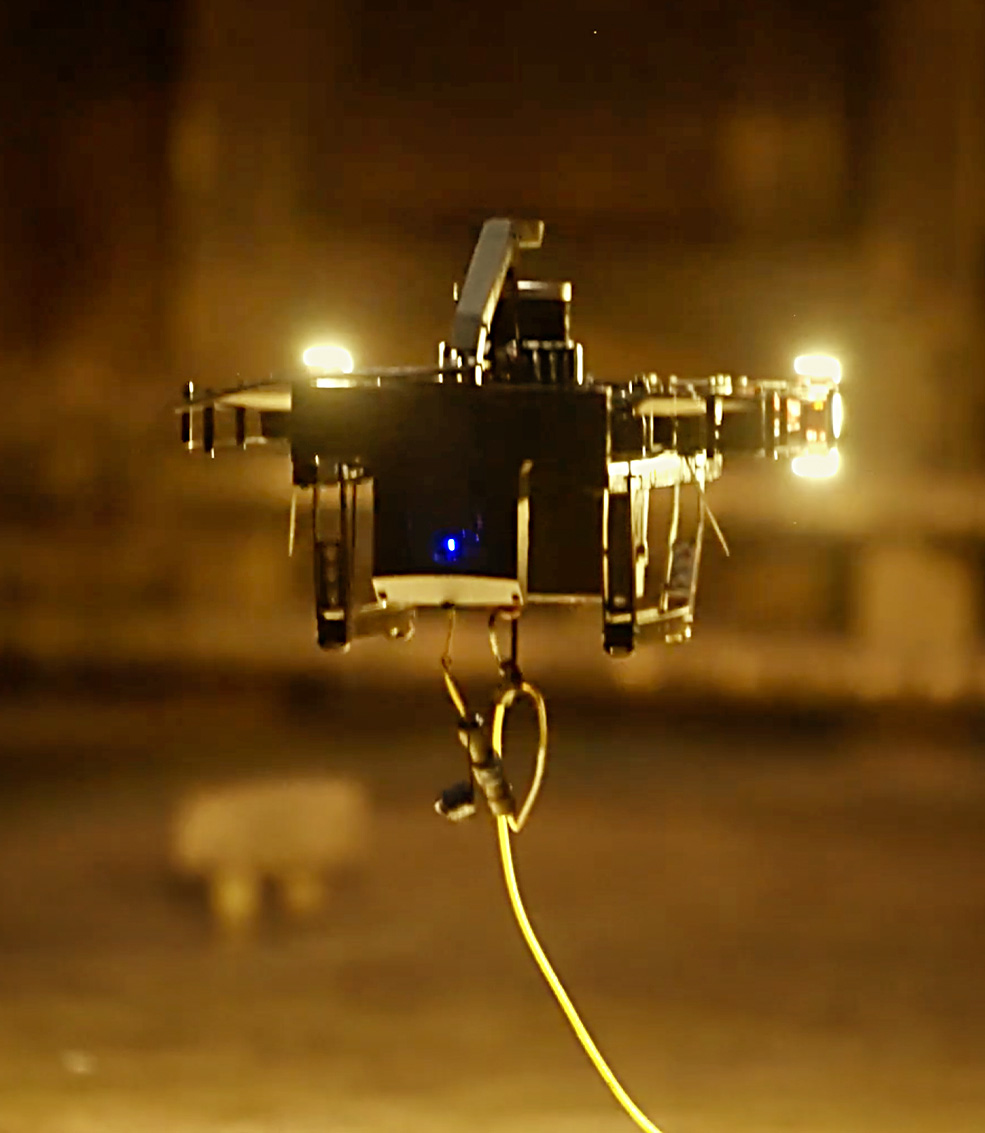 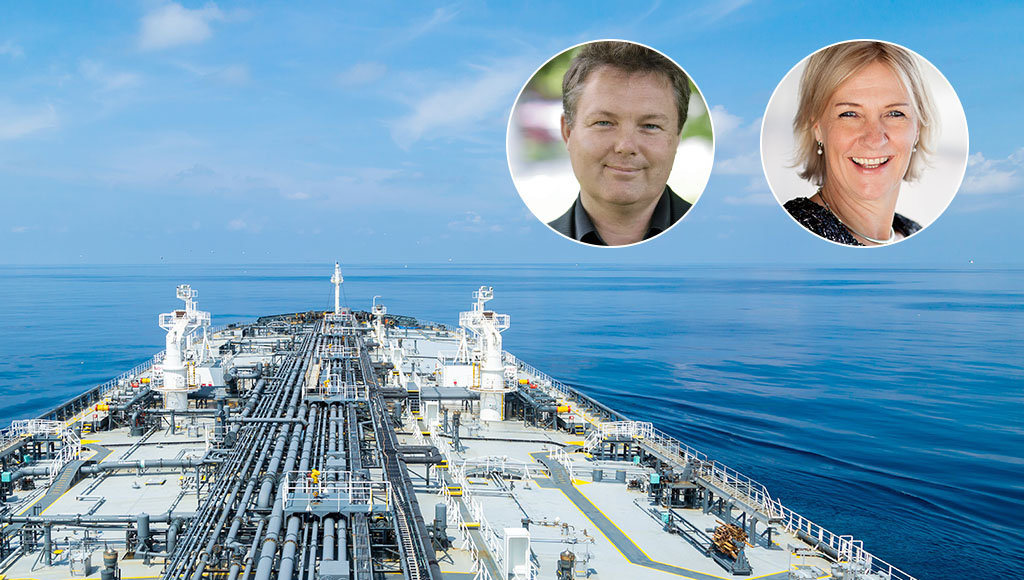 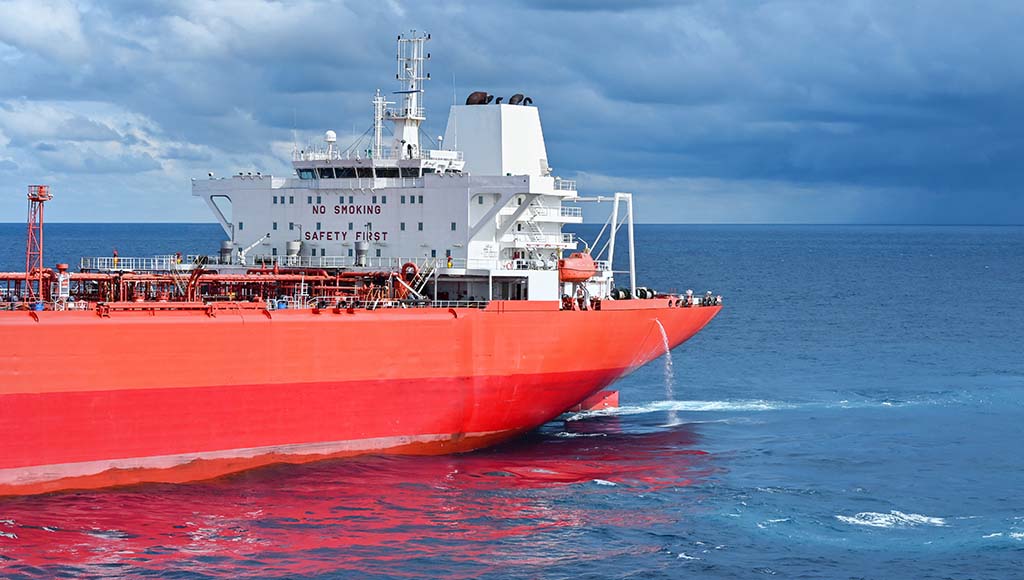