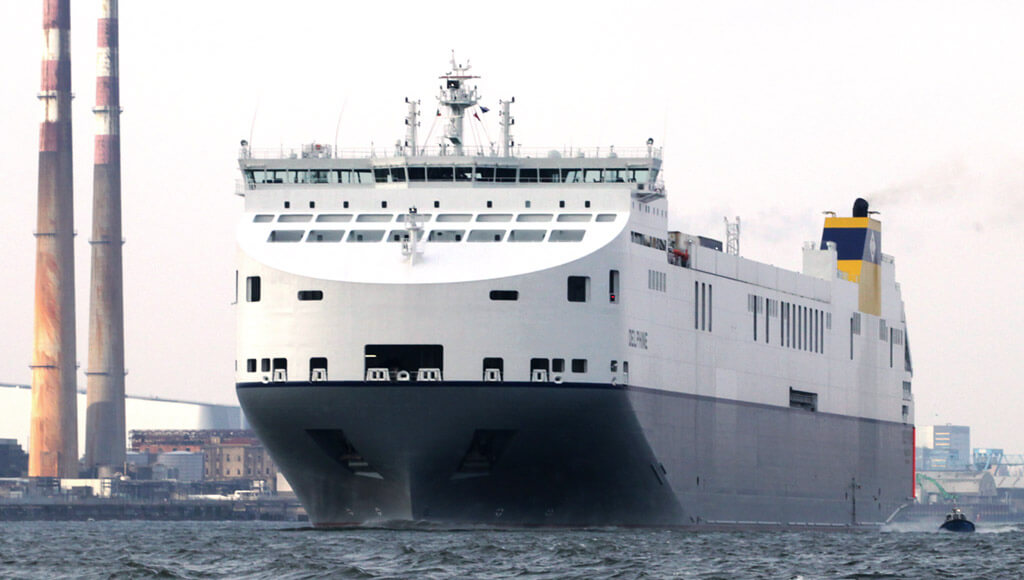 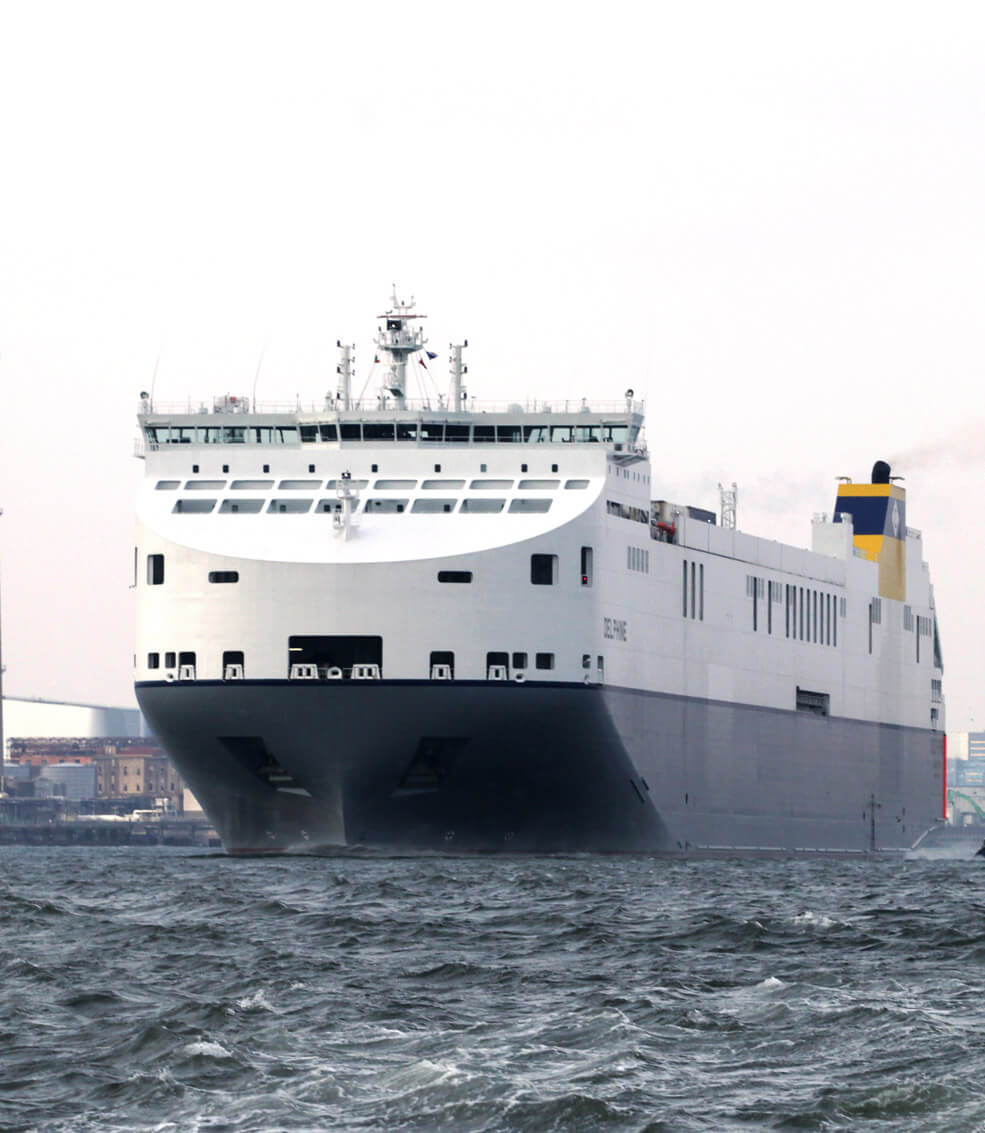 After the first year of operation, Celine has fully met her owner’s expectations. She and her sister vessel Delphine incorporate state-of-the-art technology from other ship types and are LNG-ready.

A few years ago the Luxembourg-based company CLdN Ro-Ro made a decision to build the world’s two largest short-sea ro-ro vessels. But setting a new size record to impress the shipping world was not the objective.

“The reasons behind this project were very simple, really,” says Gary Walker, Director of CLdN. “First of all, we operate in the very competitive North Sea market, and larger vessels bring down the unit price. Second, we are covering longer distances than before, and bigger vessels work better on long hauls.”

CLdN have expanded their route network from Zeebrugge, Rotterdam, London and Killingholme, into Sweden, Ireland, Denmark, Portugal, and now Santander in Spain. “Ordering newbuilds always gives us the option to take advantage of advances in technology and design, but the larger vessels also made it possible to transfer the best of deep-sea technology to ro-ro,” Walker points out. Examples are new developments in thrusters, rudders and engines.

At 74,000 gross tonnes Celine and Delphine are 235 metres in length, and offer a capacity of 8,000 lane-metres. “We had to tailor these vessels to fit exactly to their surroundings, and they are practically as big as they can get. But thanks to the advanced design and technology, these ships are still very manoeuvrable, in spite of their very large dimensions,” Walker confirms. The exterior dimensions were not the only challenges the new ships presented for CLdN, he adds. Embracing new technologies across the board meant that the engine room staff had to adapt to operating two-stroke engines rather than the four-stroke units typical for the rest of the fleet.

Electrical engineers met challenges too, having to move from low to medium voltage, and operating shaft generators at variable rotational speeds with frequency converters, rather than constant-speed engines. There were changes in operations as well, with larger volumes and more decks demanding more complex loading and unloading procedures, and better coordination and efficiency in port.

Despite the challenges, Walker is clear that experience with the big twins has met or exceeded expectations so far. “We are almost one year in with Celine, and she is exactly what we hoped she would be.” The same goes for Delphine, he says, in operation since February 2018. “There are always some teething problems with new ventures, but overall it has gone very well. The biggest gamble was size, but any concerns we had have gone away.”

In a growing network of routes now extending from Norway to Portugal, supersized vessels like Celine make economic sense.

The twins also represent CLdN’s first gas-ready vessels, meaning they are ready for conversion to LNG when the time is right. Class partner DNV GL has been instrumental in guiding them into these new waters using their Gas Ready notation. “The relationship with DNV GL is good overall, and cooperation has gone very smoothly. They assisted with the gas drawings to prepare the ships for LNG, and they were very helpful in clarifying the rules.”

Bas Veerman, BeNeLux Business Development Manager for Maritime at DNV GL, adds that the Gas Ready class notation has several levels and corresponding requirements. “The minimum level confirms that the vessel complies with rules for LNG-fuelled ship design and the main engine can be converted to gas or dual-fuel operation, or is dual-fuel ready. Optional levels may indicate different preparations of the ship for later conversion, such as certification and installation of parts of the LNG fuel system.”

Gas-ready is more than a hypothetical case for CLdN, Walker assures. “It’s not a case of ‘whether’, but rather of ‘when’,” he states. “Using LNG as fuel is becoming more and more realistic. A lot depends on the pricing of fuel oil against LNG, but my gut feeling is that the horizon is near. We are using very-low-sulphur fuel for the present, but the target fuel is LNG.”

Increased capacity and flexibility enable Delphine and her sister ship to transport not only vehicles but also containers and project cargo.

Celine and Delphine have been widely publicized as the largest of their kind in the world, and Gary Walker assures that CLdN appreciates the attention their innovation has received. But, he maintains, it’s about more than just big ships. “We designed these two with the ultimate flexibility for our types of cargoes on the longer routes. They have the ability to switch from 100 per cent dedicated cargo to any degree of cargo mix, from cars to double-stacked containers to project cargo. That flexibility is paying off. The combination of increased size and future-proofing these big ships for different cargoes has worked very well.”

The next CLdN vessels in the pipeline are 217 metres in length with 5,400 lane-metres, ostensibly representing fewer challenges than their big sisters. So why didn’t they start small, rather than take the big leap? “Our next ships are dimensioned for shorter-haul trade, but with the same technology and design advances, so they should be even easier to bring on line. We might have started with the smaller ships and moved on from there, but for various reasons the decision was made to order the larger ships first. Looking back, we took the hard road and it has paid off.”

Download your copy. This paper provides an overview of selected alternative fuels as well as emerging technologies 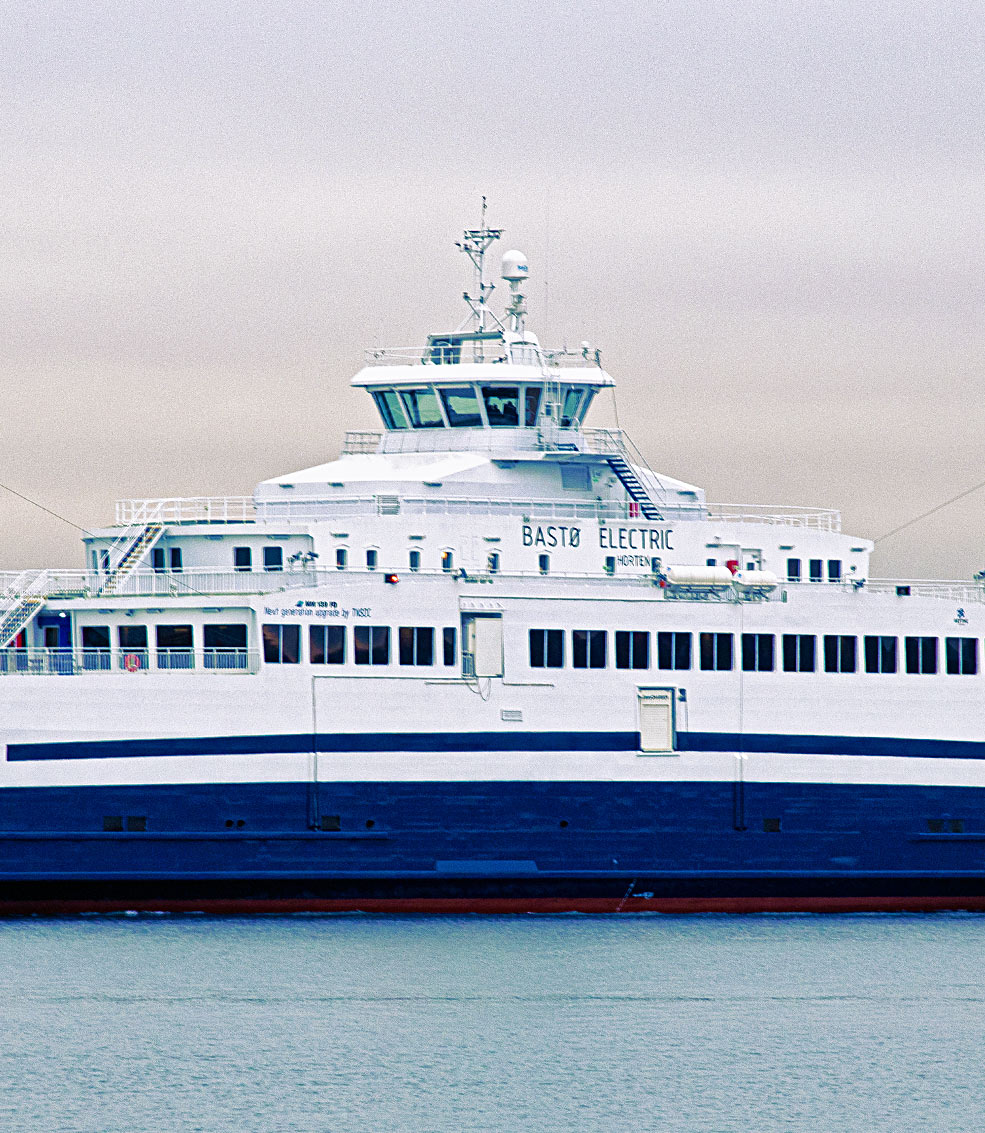 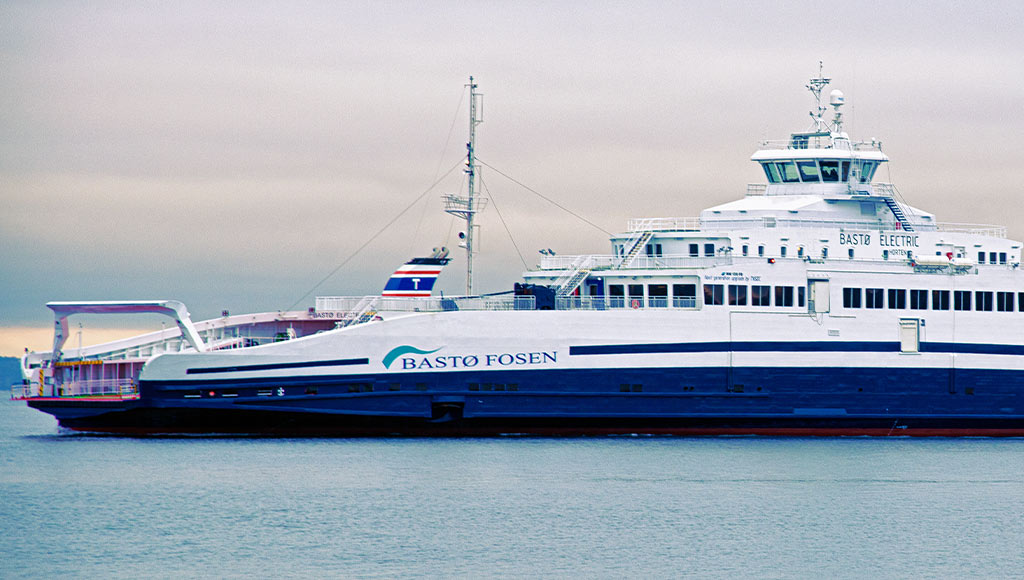 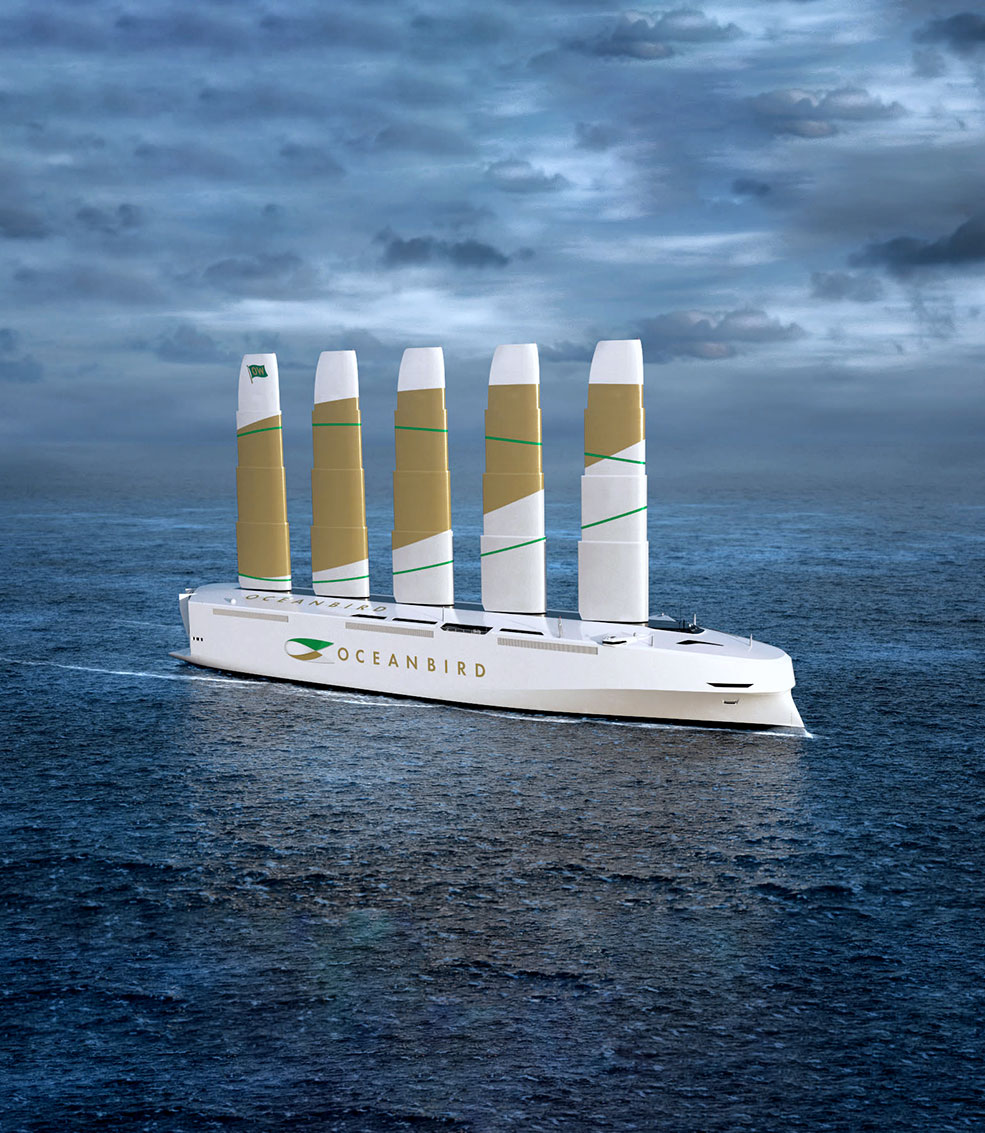 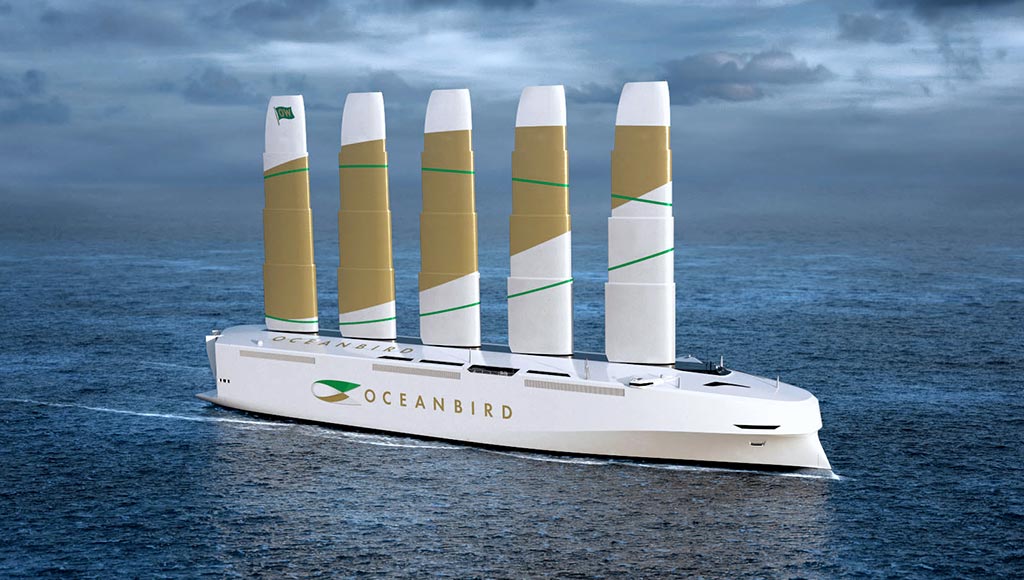