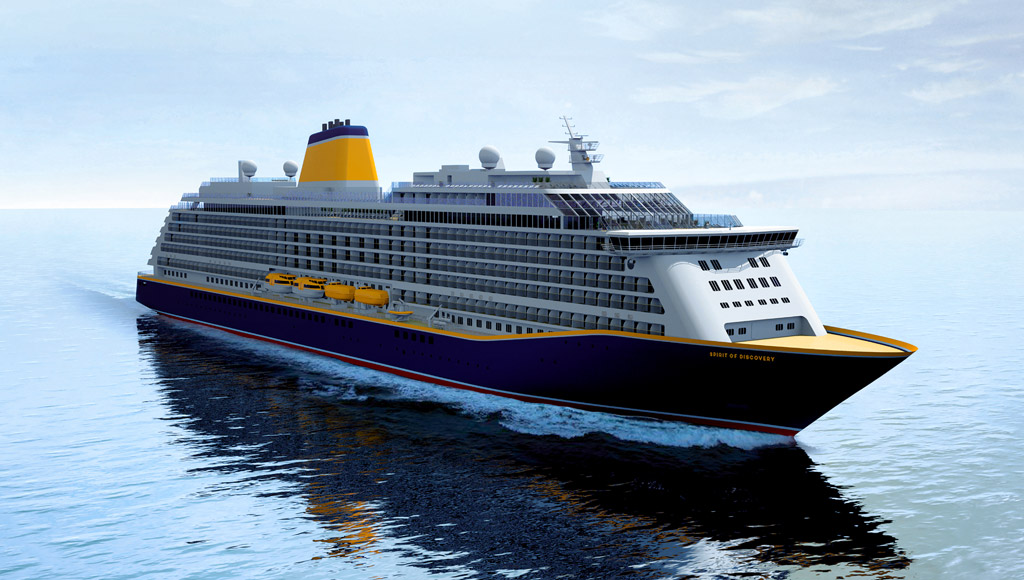 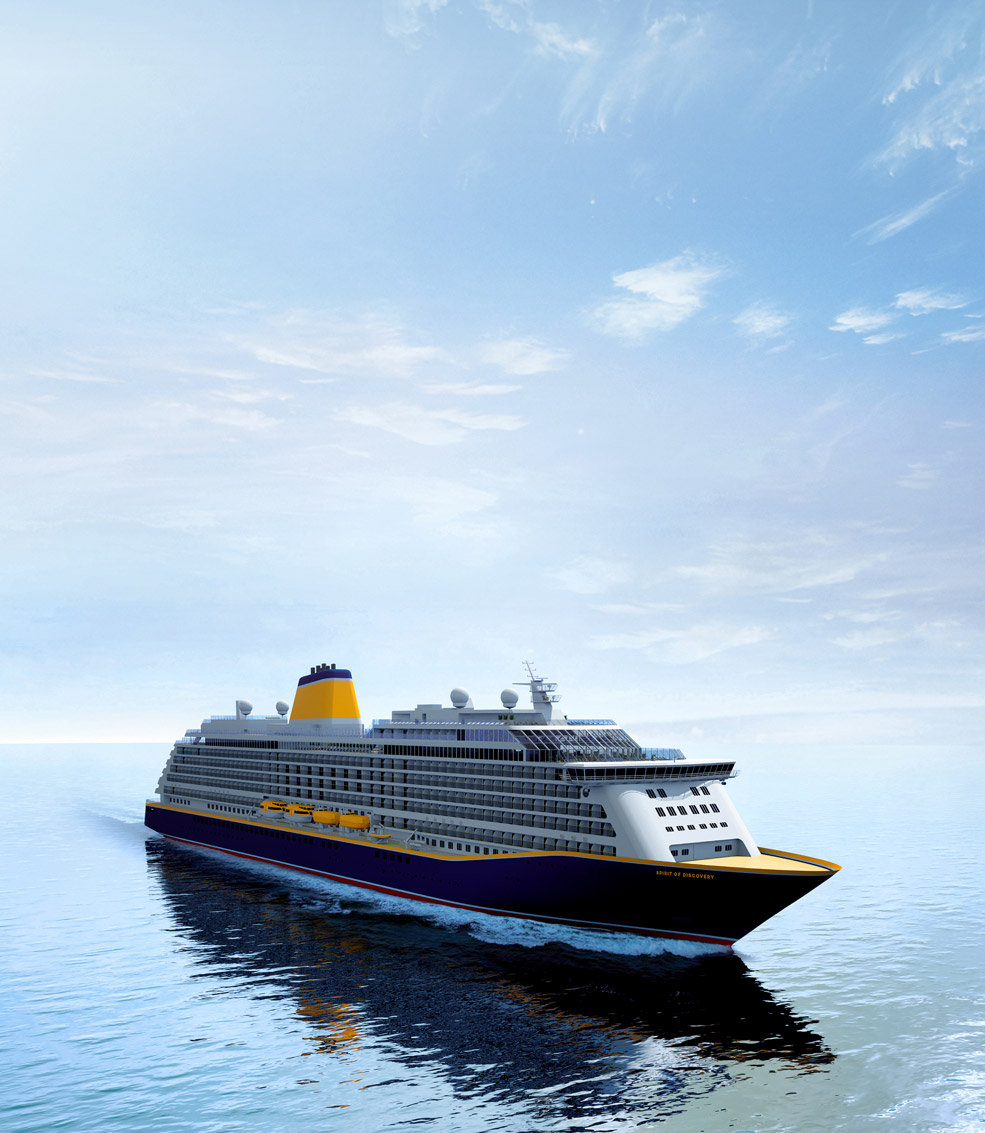 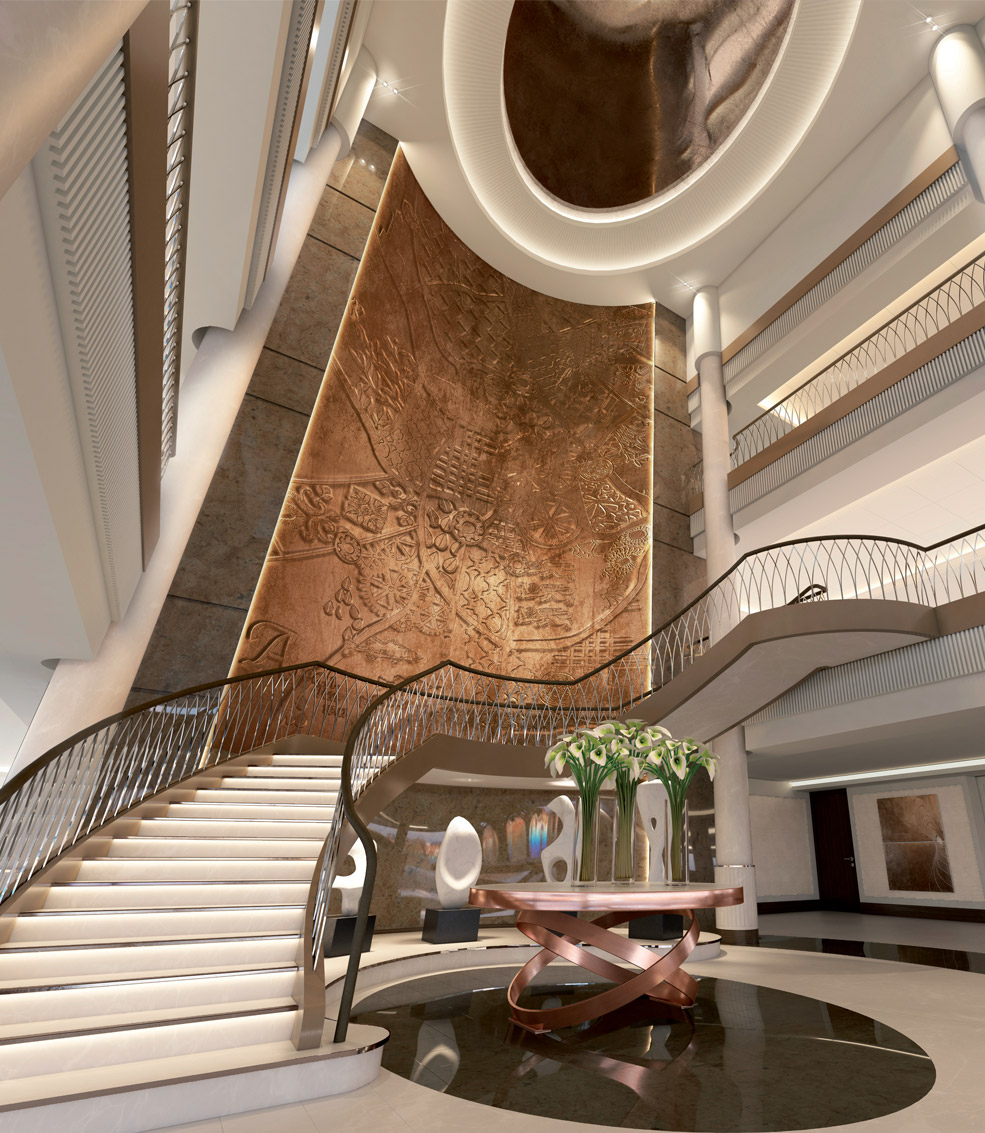 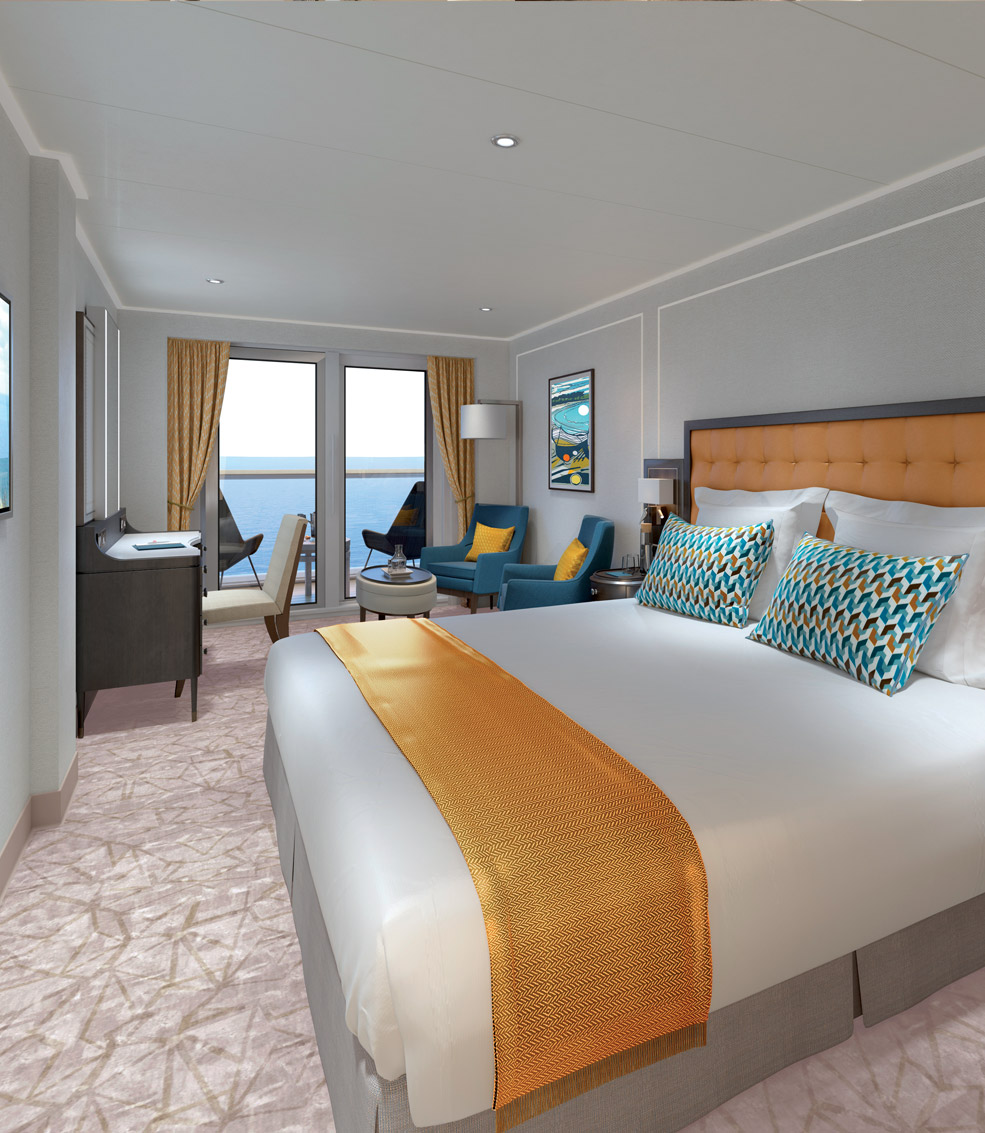 Having ordered its ﬁrst newbuilds, Saga Cruises takes a highly individual approach to designing and building the vessels it wants and its guests deserve.

When, in 2015, Saga Cruises ordered its ﬁrst newbuild from the renowned German yard Meyer Werft, this marked the beginning of a new era for the British passenger ship operator which has been in the cruise business since 1997. The ﬁrst ship, Spirit of Discovery, is due to take her inaugural cruise in July next year, while her sister ship, Spirit of Adventure is expected to be ready for the summer 2020 season.

“Our two Spirits embody everything we’ve learned in the cruising business,” says David Pickett, New Build Director, who heads up a team tasked with meeting the design demands of the new 236-metre-long, 31-metre-wide vessels. Several members of his team are currently based at the site ofﬁce in Papenburg, working closely with project managers from the yard as well as partners from DNV GL. The ﬁrst steel was cut as this article went into print.

Since establishing a site team presence in Papenburg, Saga were able to familiarize themselves with the yard’s procedures and processes as well as its quality management and assurance system. Meyer Werft and Saga jointly customized the approach they wanted to take in this project. The yard was remarkably receptive to the suggestions of the Saga team, says Pickett.

The yard is well organized and strict on time management, which calls for a special sort of collaboration. DNV GL personnel are based on site to provide more agile response, which is essential for projects involving complex vessels where small changes in one system can have a cascade of effects on others. “Rapid liaison is critical to avoid holding up production. Being a small team is an advantage as we can move quickly and cohesively,” comments Pickett.

The Saga team and their counterparts from Meyer Werft have spent the two-year lead time before production commences putting their heads together to devise a range of energy-saving measures, which together are expected to reduce fuel consumption by around 8.5 per cent, compared to the initial design. “We’ve achieved signiﬁcant reductions in hotel design load. HVAC is a major consumer on any passenger ship. Multi-stage chillers – with a larger number of smaller compressor units than conventional designs – enable ﬁner and more energy-efﬁcient climate control,” explains Pickett.

Overall, the guiding principle was to exploit naturally occurring energy ﬂows to reduce complexity and power expenditure. Some of the improvements are less visible. For instance, CO2 was chosen as a refrigerant as it is ozone-neutral. “We cannot build a zero-emission cruise ship but we did what we could to reduce our energy footprint and mitigate the environmental impact of the vessels,” notes Pickett.

Saga invested 600,000 euros in technical modiﬁcations which are expected to yield annual savings of about 800,000 euros. Since the operator ordered two identical ships, which allow for uniquely accurate benchmarking and performance monitoring, the company will be able to keep a close check on this.

Before ordering the two new Spirits, Saga bought and operated existing tonnage. After each acquisition, the priority was to refurbish the vessel’s existing spaces and modify systems already in place to maximum effect. Newbuilds, however, require an entirely different mindset. “Even with a basic speciﬁcation in place, there were lots of decisions we had never made before, especially on the hotel side. Everything from basic parameters such as cabin size and space per passenger in public spaces, to the signature features, which are what really sells the ship.” Some decisions were easier than others. Fitting a tiered theatre capable of recreating the atmosphere of a show in London’s West End brings an immediate uplift to the entertainment programme. The new vessels also provide more dining options and recreational choices, from fully equipped gyms to dedicated card rooms.

Working from a blank slate gave Saga an opportunity to take its experience of what works well on its current ships and articulate it more efﬁciently, and to update the architectural design with a fresh, contemporary accent that still retains a sense of tradition. “Because they’re our ﬁrst newbuilds, we are not encumbered by a template. We have the freedom to improve what we like, and discard what we don’t,” elaborates Pickett. 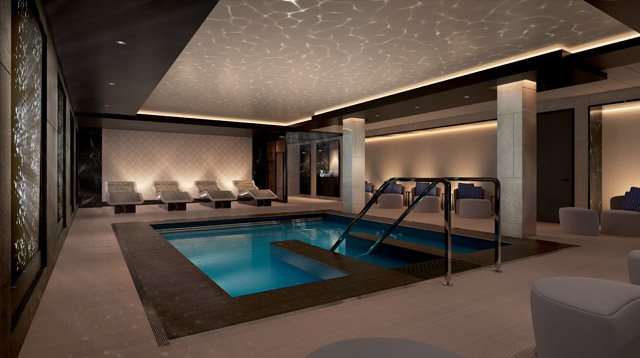 Swimming pool on board the new Saga

Saga tends to cater to a senior, more afﬂuent target market, but Pickett is adamant these aren’t ships for “an older generation”. “The baby boomer generation is moving into our sights and their tastes haven’t changed just because they’ve reached a particular birthday. People are living longer but they’re also staying ﬁt and active longer.”

Nevertheless close attention was paid to small details that would make life easier, such as minimizing change of levels and ensuring high-contrast lighting and colour schemes. “The focus was to remove obstacles in the functional parts of the ship that our guests use every day,” explains Pickett. “This improves usability for everyone.”

In fact, guests were engaged extensively in the design process. In addition to focus groups, a small party was invited to Papenburg to test-drive mockups of the cabins, evaluating everything from the accessibility of the storage and the comfort of the mattresses to the usability of the bathroom ﬁttings.

“The feedback was painful at times,” admits Pickett. “We had to rework certain aspects from scratch. However, ultimately it was worthwhile, as it provided much richer input than interviews alone and validated design elements critical to passenger experience.”

Some passengers expressed concern about the increased vessel size. Saga’s existing ships typically have 750 berths, while the newbuilds, weighing in at 58,000 gt, can accommodate just under 1,000. “We understand some guests feel more comfortable on a smaller ship,” Pickett responds. “But a larger platform allows for more dining and entertainment options. We believe the new vessels strike that balance between large-ship efﬁciency and smallship intimacy.” Despite their larger size, Saga will maintain its 2:1 passenger-to-crew ratio, a policy which Pickett believes is vital to delivering the high-quality service and friendly atmosphere passengers expect. 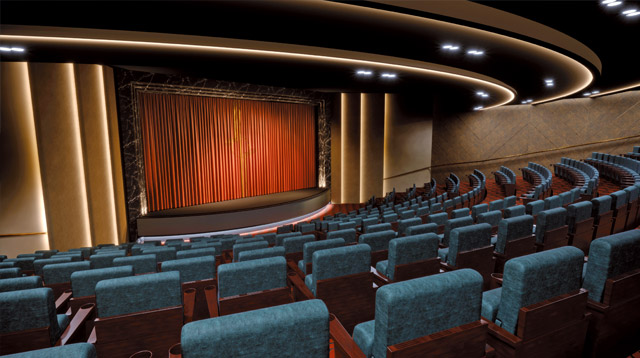 Commenting on the role of DNV GL, Pickett states: “Their independence is key, without a sliver of doubt. As a new owner working with a shipyard for the ﬁrst time, teething problems are inevitable. The presence of DNV GL as an independent arbiter who can draw informed, objective conclusions is invaluable.”

An ability to understand the bigger picture – both the direction and implications of regulatory changes and technological advances – was also welcome. “Creativity and curiosity are attributes that are often overlooked. It is stimulating to work with a partner that understands the envelope yet is willing to push the boundaries, as opposed to focusing solely on the compliance aspects of a project.” 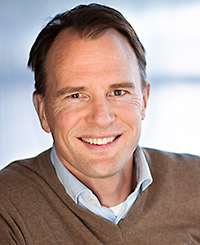 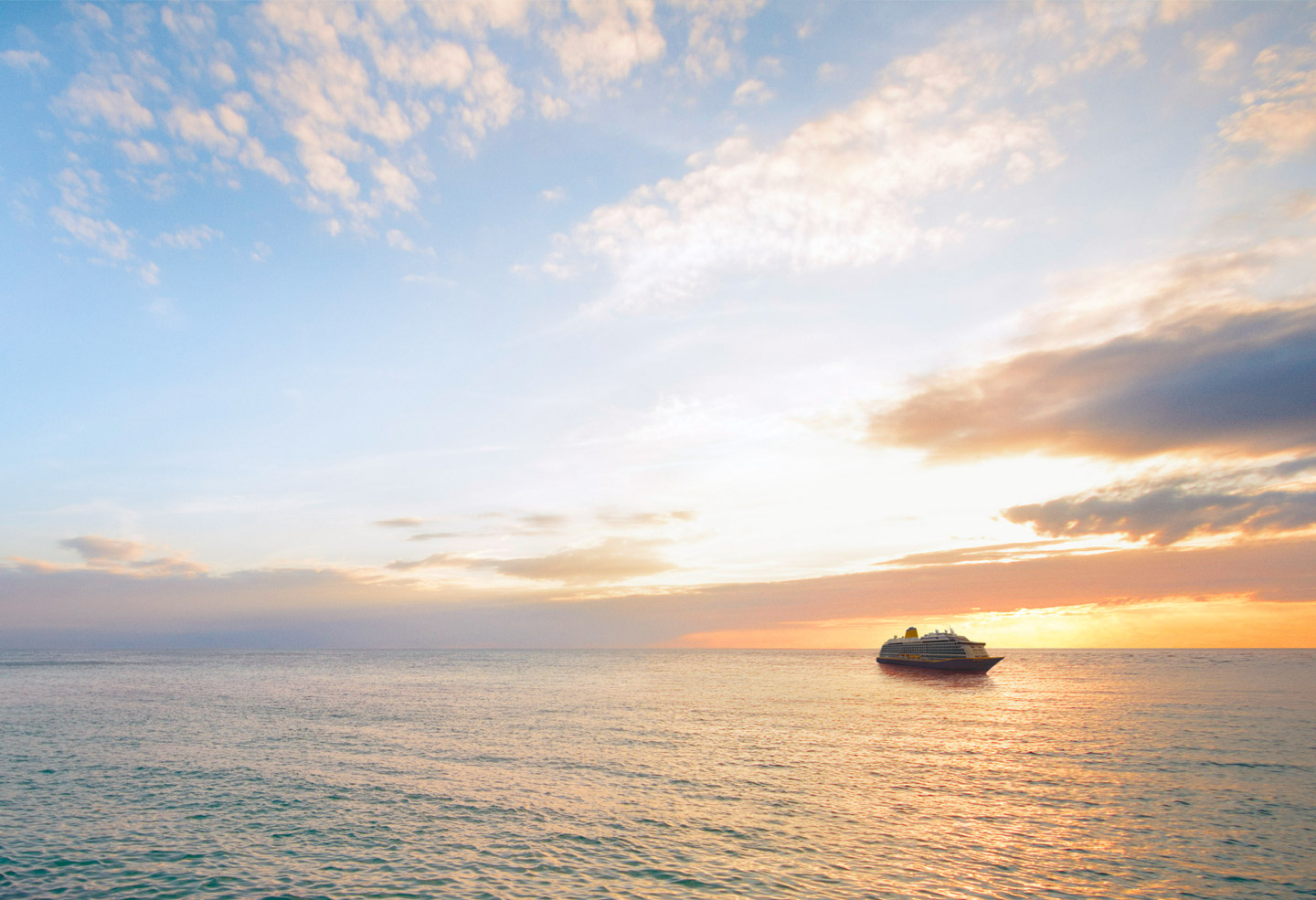 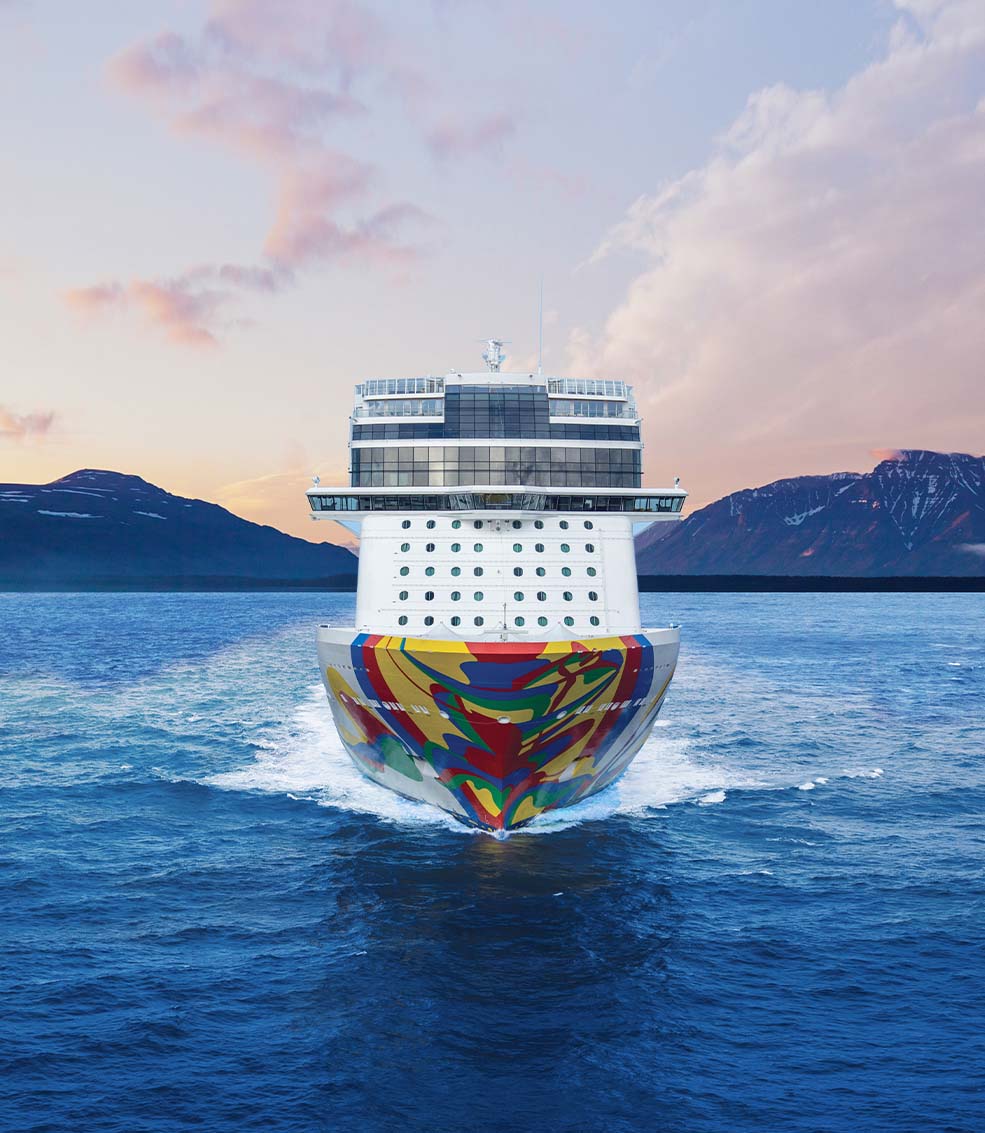 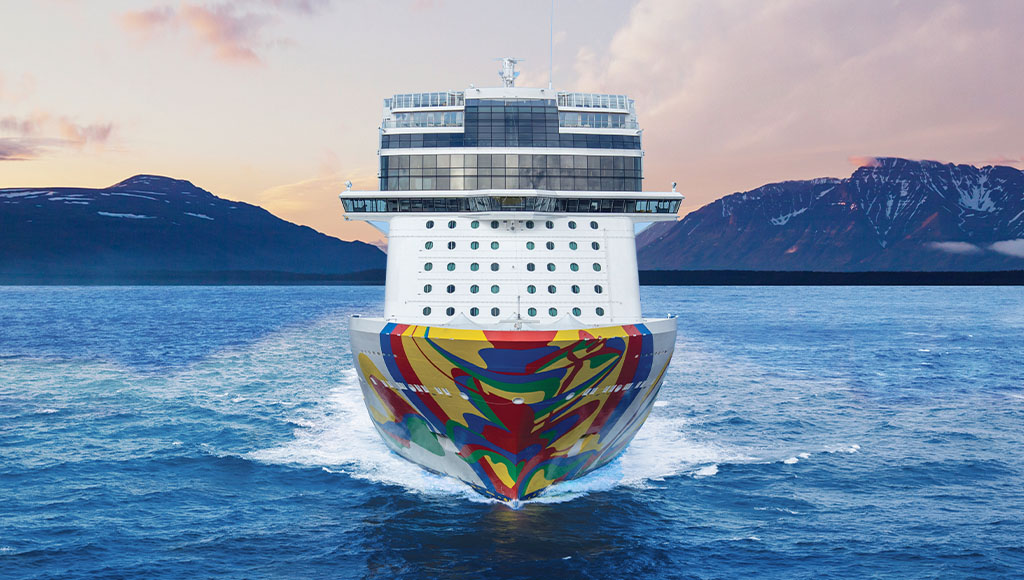 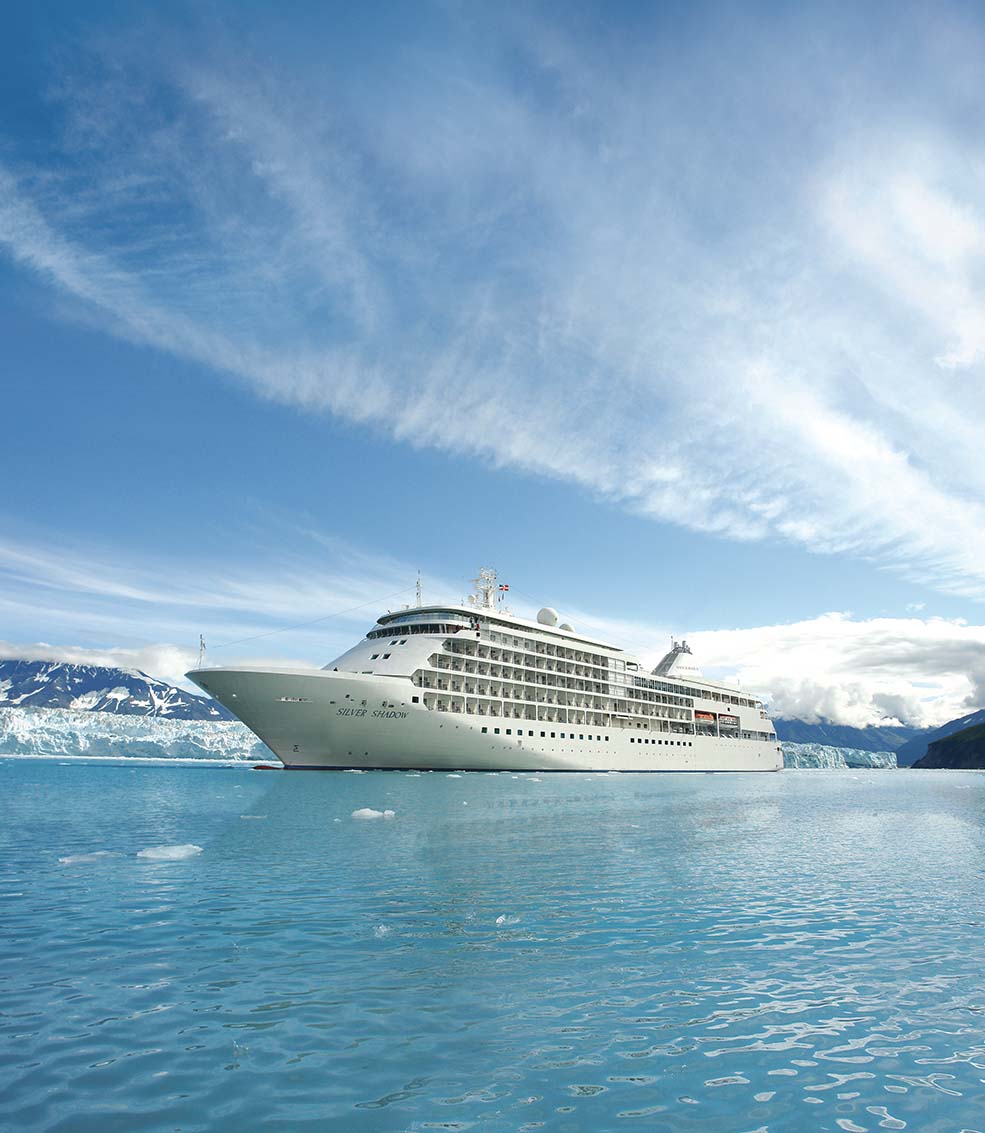 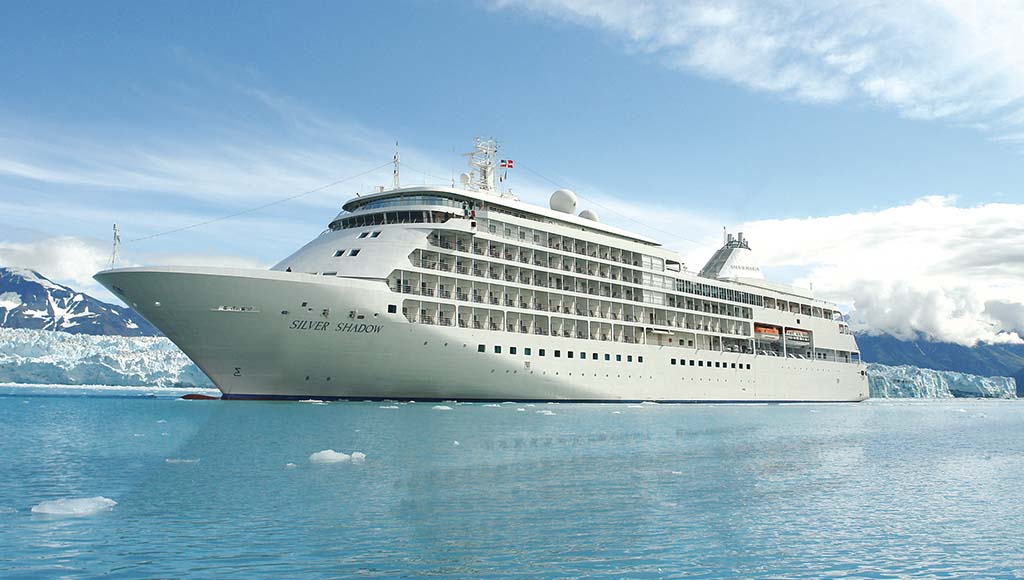