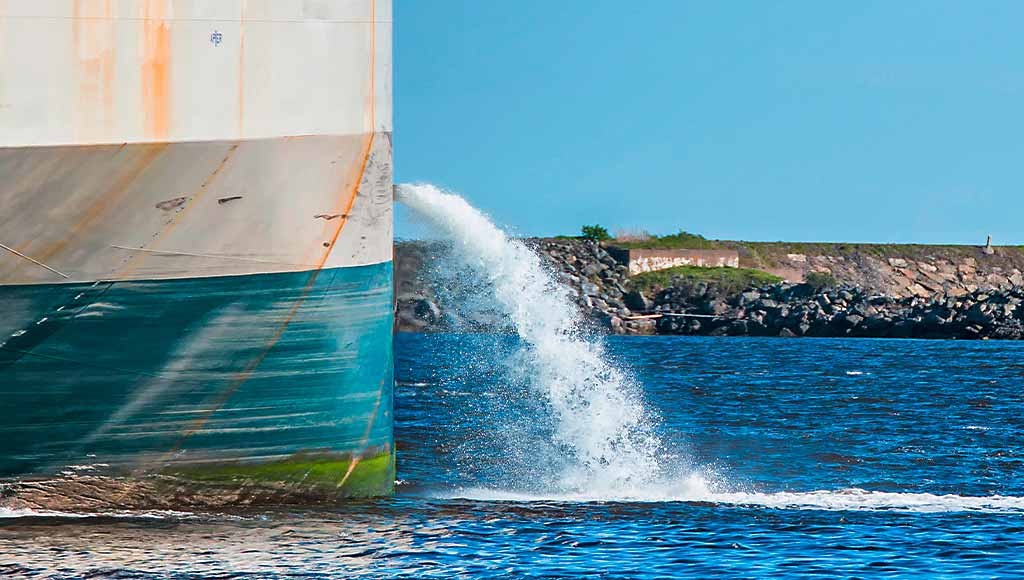 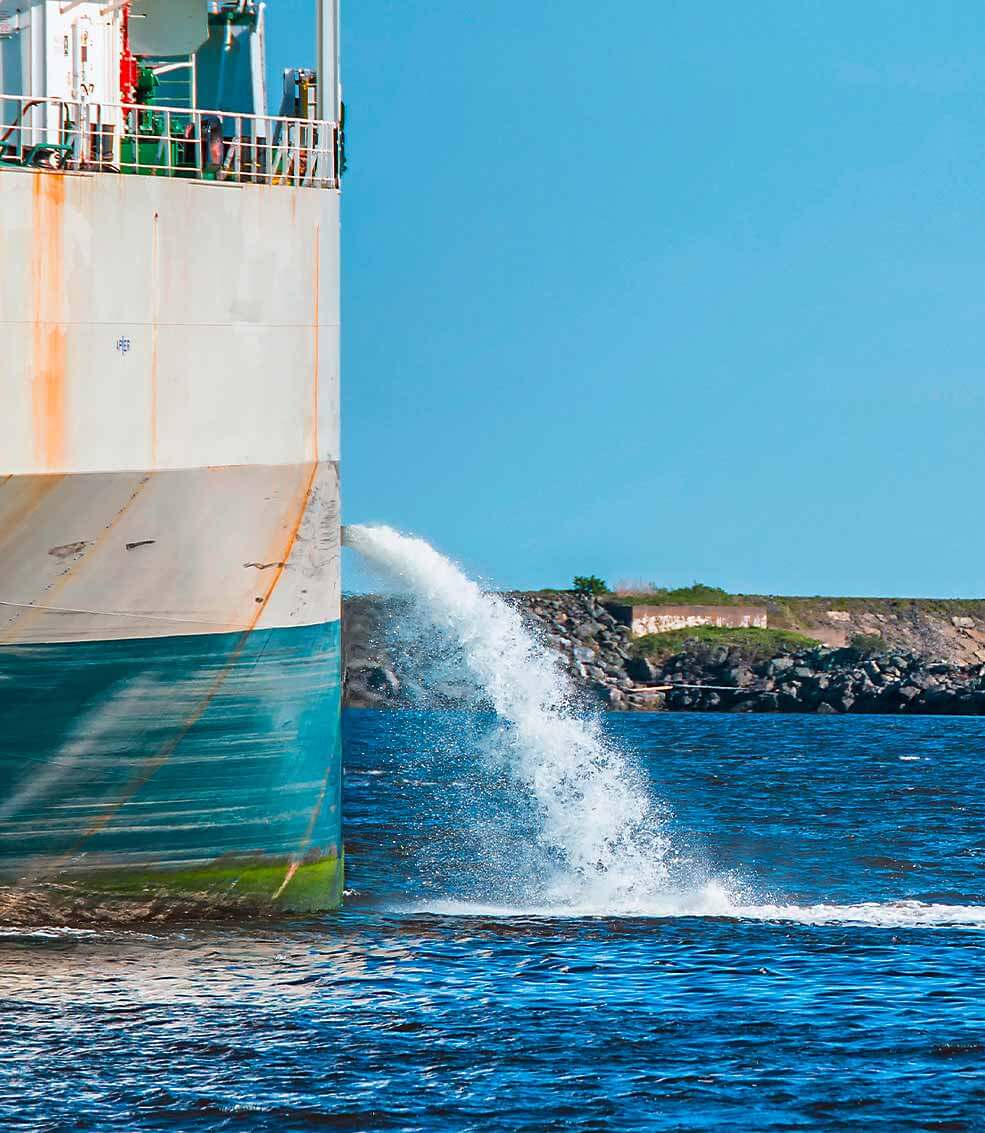 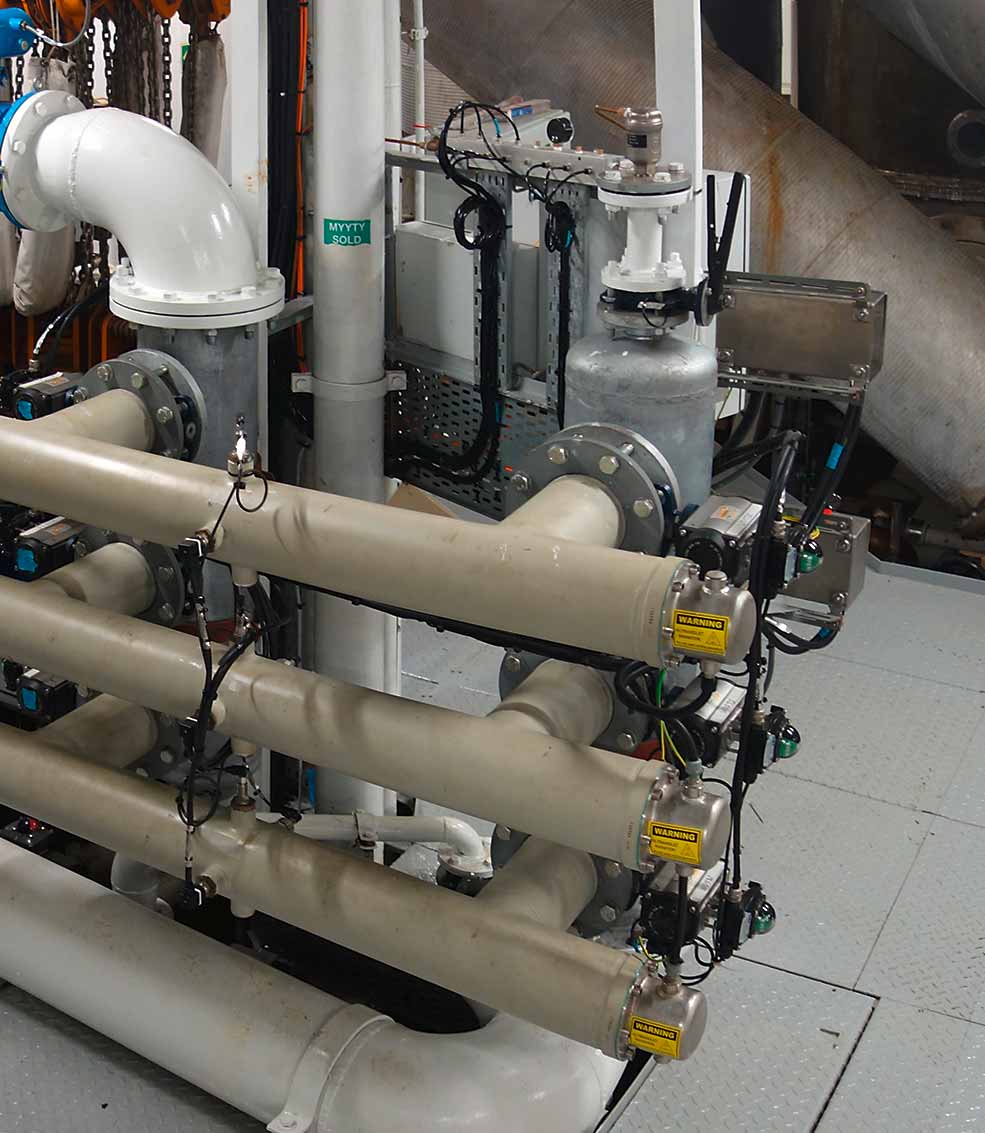 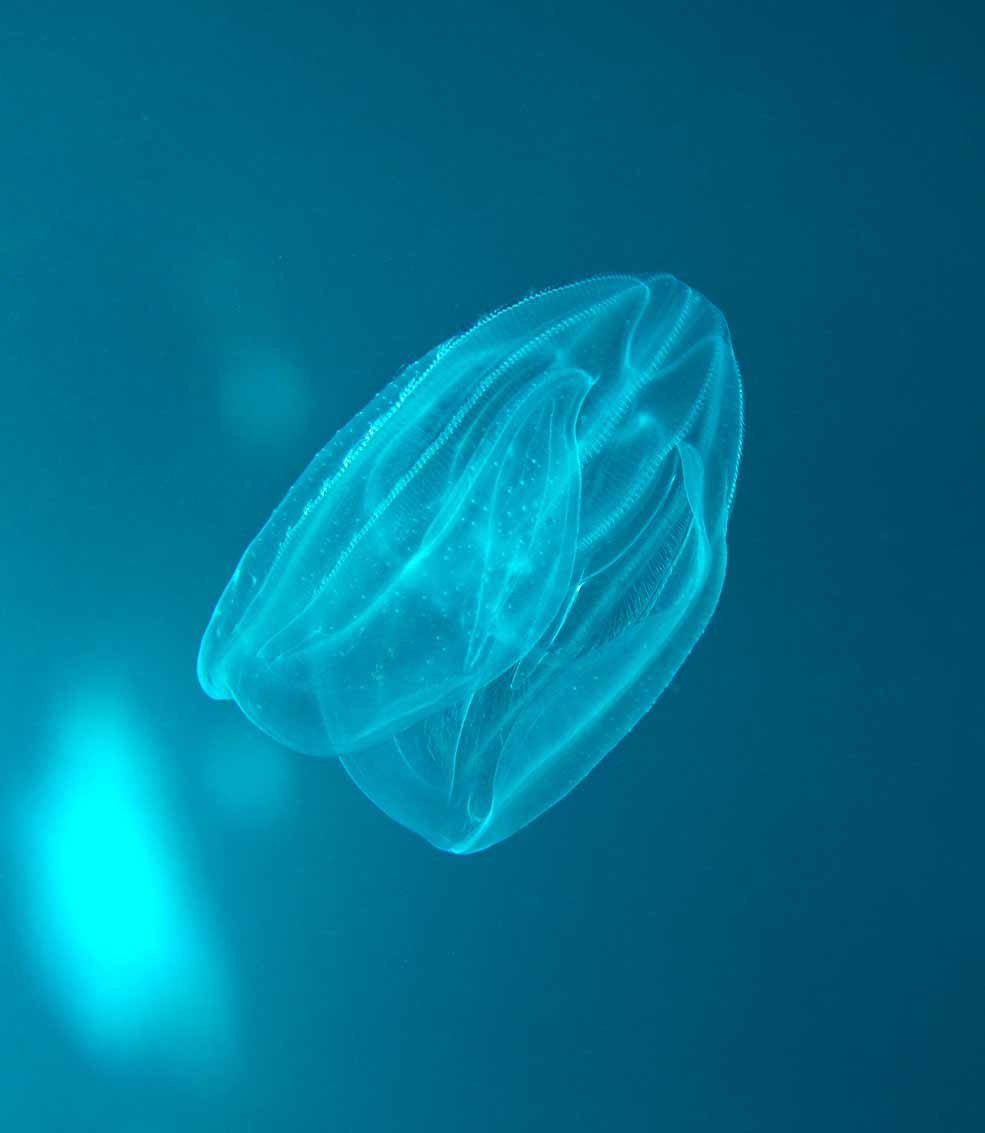 With an additional two-year delay granted by IMO to allow more systems to obtain type approval, the industry is now getting ready to fully implement the Ballast Water Management Convention. The wave of retrofits is expected to peak in 2022, which will challenge the resources of manufacturers, yards and class.

The IMO Ballast Water Management (BWM) Convention was finally implemented as of September 2019. In view of the initial lack of suitable ballast water treatment systems (BWTS) on the market, open questions regarding the technical maturity of the systems, disputes about the approval processes and the enormous costs of achieving compliance, a number of governments and the International Chamber of Shipping (ICS) had urged the IMO to delay the implementation dates for BWTS installation by two years.

IMO agreed, which means that ships in service using seawater for ballast operations in international trade must install a BWTS no later than the next IOPP renewal survey following 8 September 2019. Applicable new builds keel laid after September 2017 are required to have a BWTS at delivery. All ships must be in compliance by September 2024. Martin Olofsson, Senior Principal Engineer, Environmental Protection Unit at DNV GL’s Approval Centre in Oslo, believes this to be a reasonable solution, especially since practically all vessels already apply the transitional ballast water management method according to the IMO’s D-1 standard, exchanging their ballast water at high sea to avoid bringing invasive species into coastal waters.

To be acceptable under the USCG rules, BWTS must undergo type approval testing at an accredited independent laboratory (IL). DNV GL is the largest accredited provider of BWMS laboratory testing services. Of the 20 type approval certificates (TAC) for ballast water treatment systems issued by the USCG by July 2019, DNV GL provided testing and reporting services for 13. ‘This is a remarkable result, considering that we are competing with three other USCG-appointed independent laboratories,’ stresses Olofsson.

DNV GL has the testing performed by USCG-approved sub-laboratories, including DHI (Denmark), Golden Bear (California) and NIVA (Norway). In addition, DNV GL has recently received USCG approval for the Ballast Water Detecting Lab of Shanghai Ocean University as a biology sub-laboratory for type approval testing exclusively for DNV GL. ‘Obtaining this approval will open up the Chinese market,’ says DNV GL PM Wenjun Wu. ‘Testing is about to commence. This allows us to serve the Chinese market for BWTS equipment.’

Approximately 60 BWTS systems have received type approval from IMO. It is estimated that roughly 30,000 vessels still need to be equipped with ballast water treatment systems at a total cost of 0.5 to 3 million US dollars per ship. About 1,700 systems have been installed on DNV GL-classed ships already, and around 6,100 are still to be installed under the DNV GL class. Because of the delayed implementation schedule, many of the installed systems have not been in active use, so operational experience data is not available for these systems as yet. 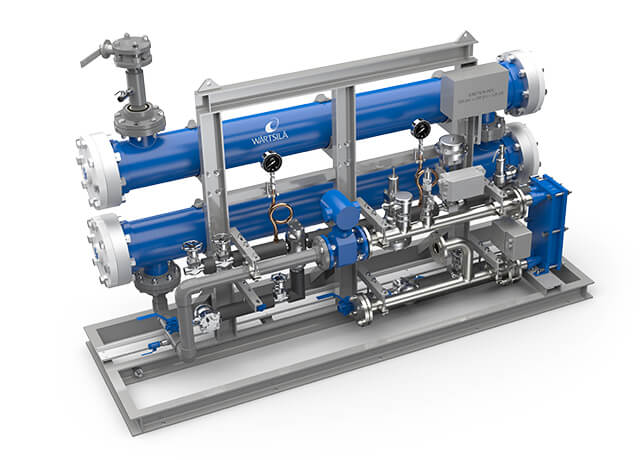 The main wave of BWT system installations is yet to come, says Olofsson. ‘Many owners rushed to have their IOPP renewals before the original implementation date of 8 September 2017 so they would effectively have a five-year grace period to install a system,’ he explains. ‘As a result, we should expect a demand peak in 2022.’ DNV GL believes as many as 15,000 BWTS will have to be installed at that time, he adds. ‘That is a lot of work. Even if we put our estimate at the lower end, assuming just 10,000 installations, this would still be equivalent to 192 system installations per week! All these systems need to be manufactured, purchased and installed.’

A key topic in connection with USCG type approval is the holding time (minimum time between uptake and discharge) stated on the type approval certificate, in particular the USCG’s holding time requirement for UV light treatment systems. From a ship’s operational perspective, a three- or five-day holding time is often considered undesirable. Even a 24-hour holding time can be rather long for vessels with frequent port calls. 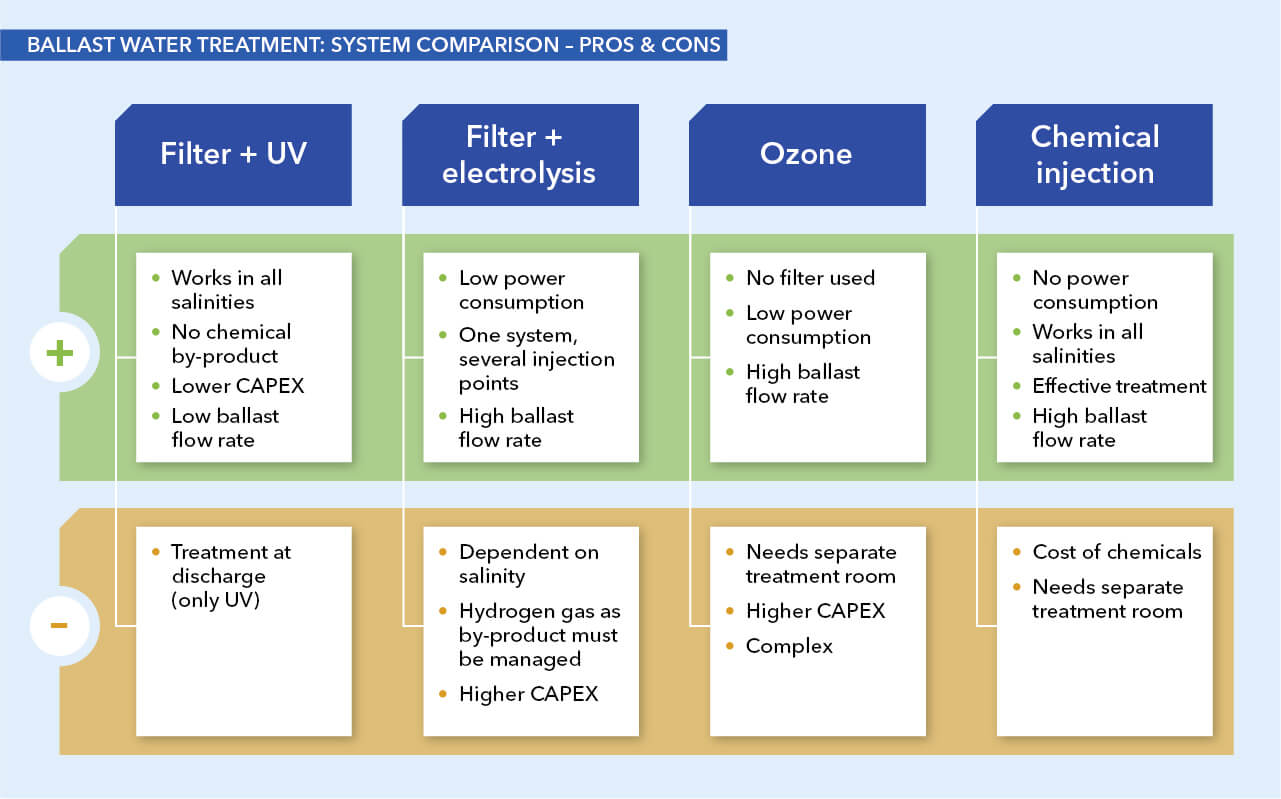 ‘A UV system does not treat the ballast water in the tank,’ explains DNV GL’s Chief Biologist Line Sverdrup. ‘It only treats the water passing through the UV light during uptake and discharge, irreversibly damaging the DNA of the organisms in the water.’ At the UV radiation doses used for ballast water treatment, densities of viable organisms are below the discharge standard even if the ballast water were to be pumped directly to sea without a holding time. ‘The holding time does not alter the effectiveness of the treatment; it only represents a delay of the mortality that will occur anyway. When we type-approve ballast water treatment systems in the IMO context, e.g. as a Recognised Organisation (RO) on behalf of Norway, we state the holding time to be ‘not applicable’ if the system has been tested with 24 hours of holding time or less. We have a solid biological justification for this,’ Sverdrup emphasizes. Manufacturers of UV-based BWTS are urging the USCG to adopt the IMO approach and eliminate the holding time requirement.

DNV GL’s approval testing work continues, with more ballast water treatment systems expected to receive IMO and/or USCG approval certificates in the two last quarters of 2019. ‘For some BWTS systems, testing can be challenging and is also very expensive, and we have experienced manufacturers giving up testing for one reason or another,’ says Martin Olofsson. ‘Not everyone will survive.’ His section of DNV GL ‒ Maritime expects a rapid increase of its plan approval workload as more owners decide it is time to retrofit. ‘Our PMs for type approval of BWTS will gradually transfer to plan approval work in the future to balance this workload,’ says Olofsson. 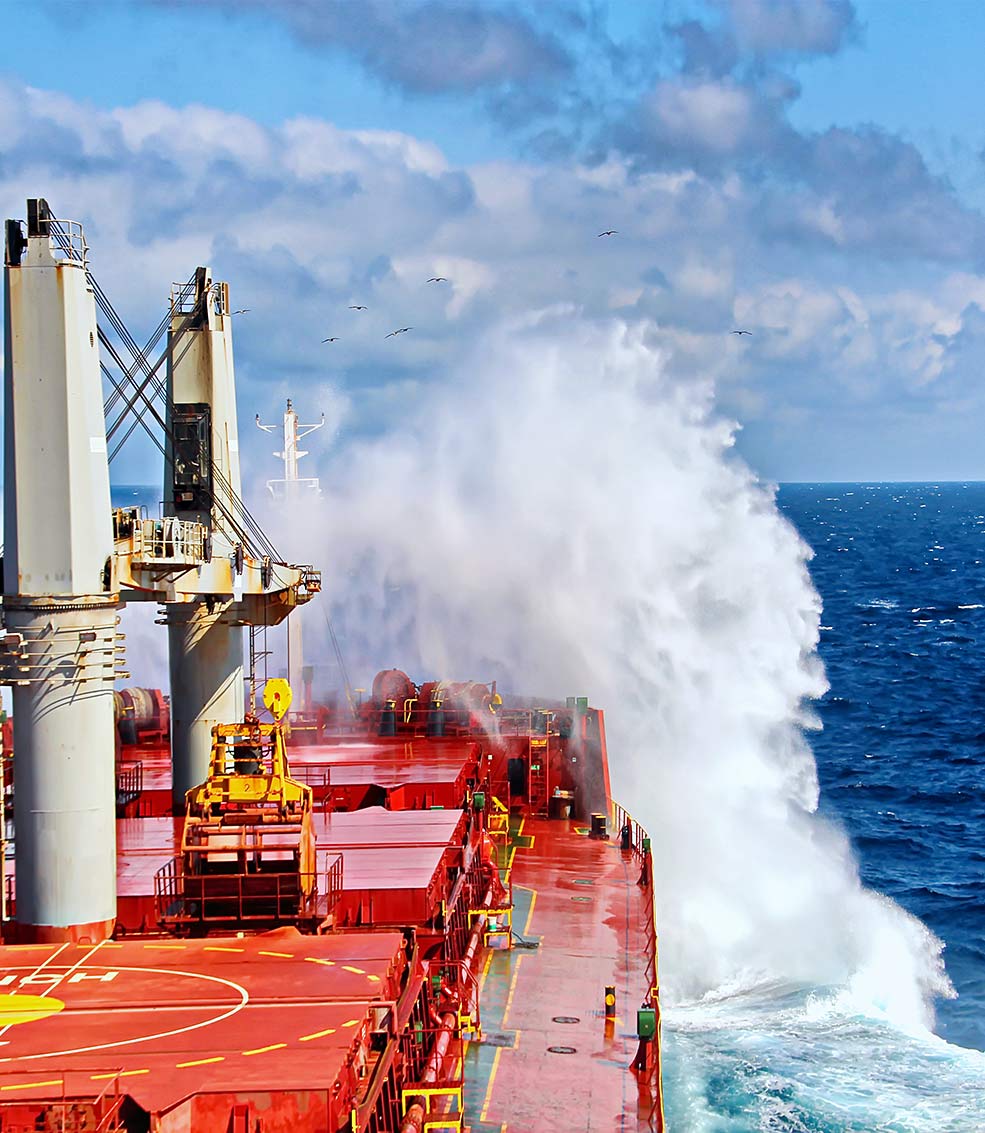 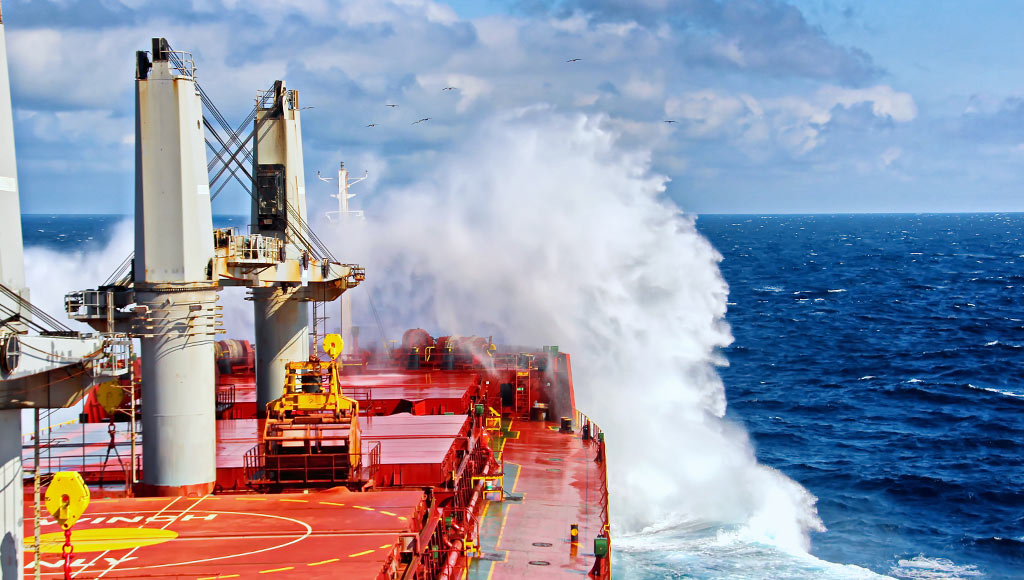 Two experts explain how a proven modern approach to a timeless building technique is triggering a historic overhaul in vessel repair and construction methods. 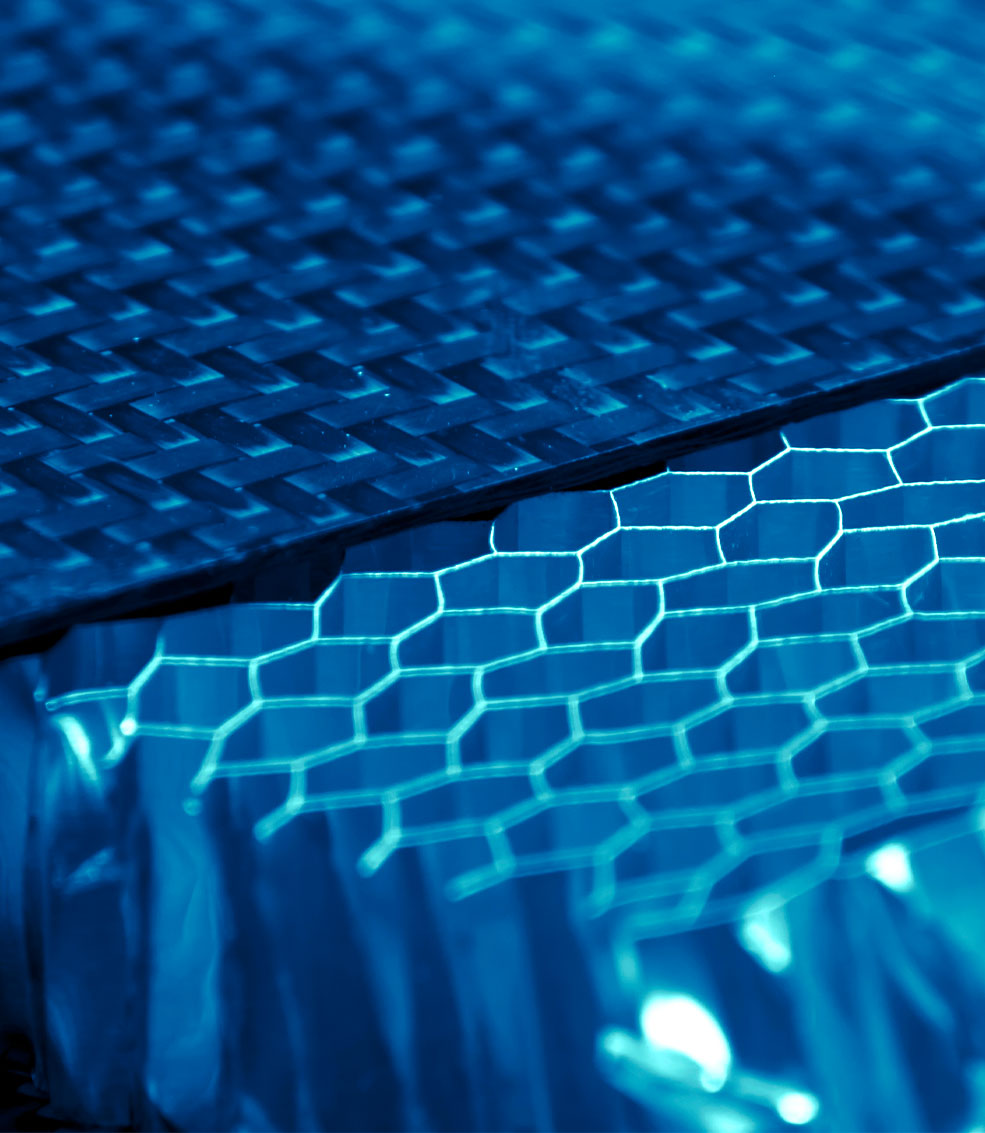 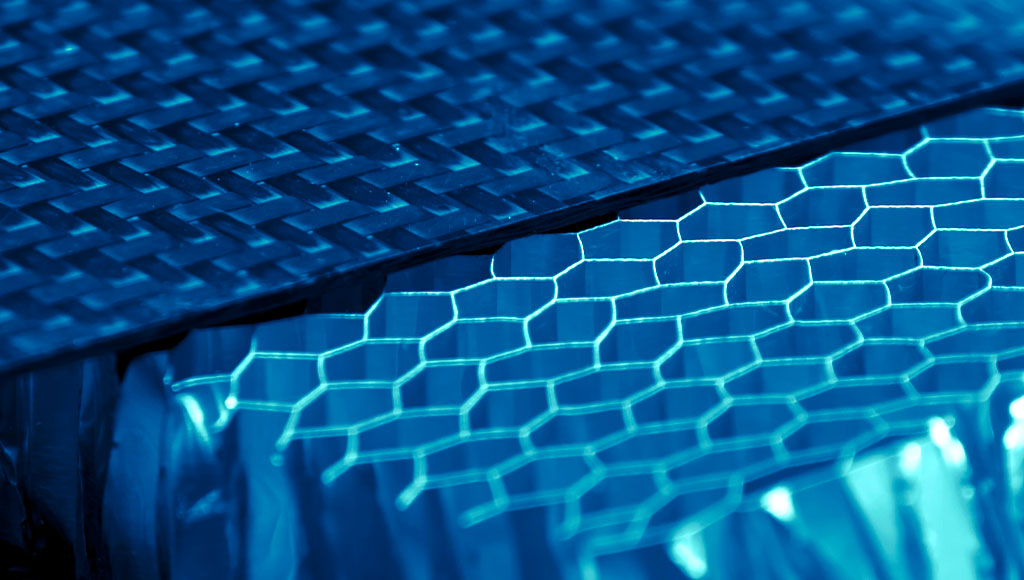 An easy-to-use online system developed by DNV GL allows operators to report their MRV and DCS data for verification in a single process, either manually or electronically. Data quality is checked automatically. 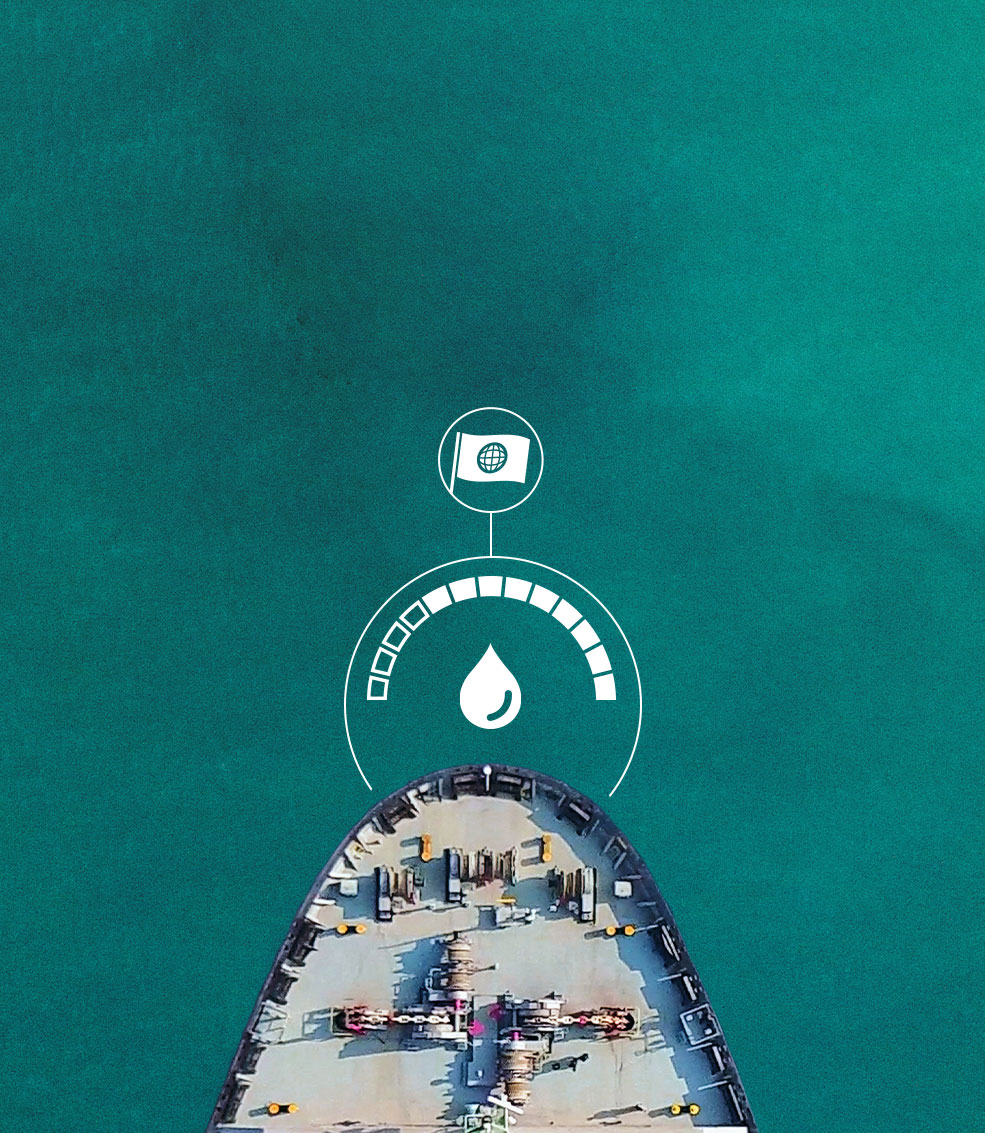 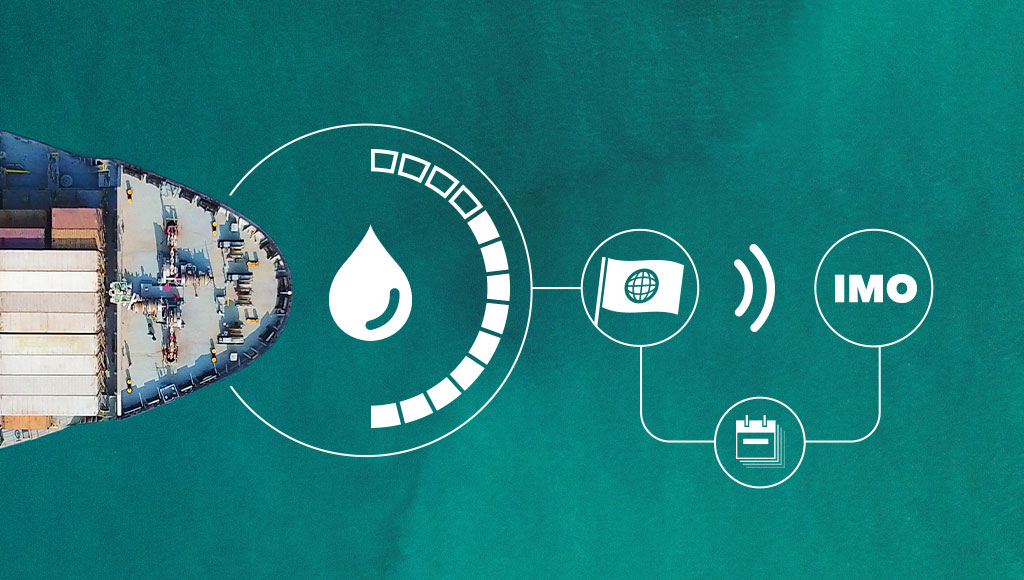 DNV GL seeks to mirror the start-up environment inside the company, converting expertise into additional benefits for customers. 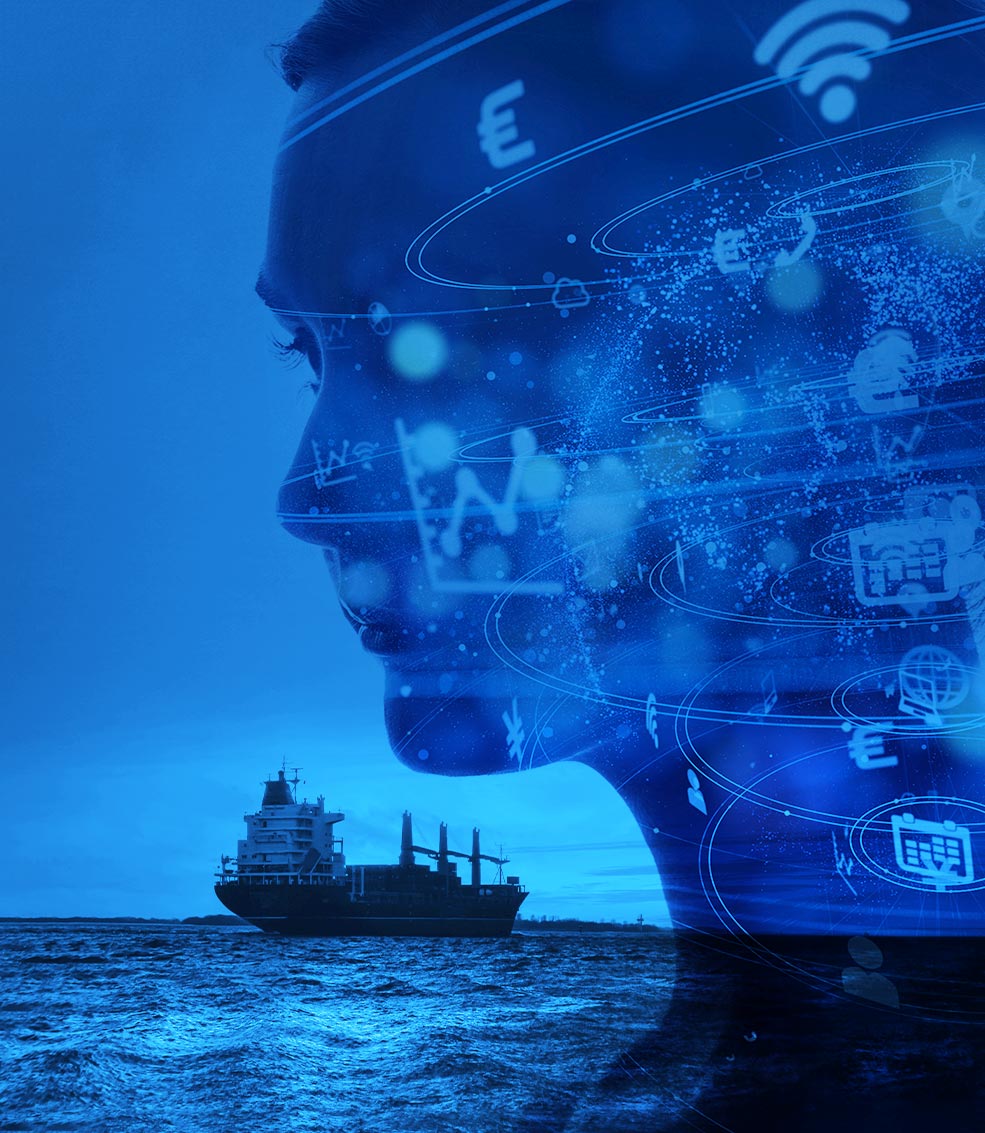 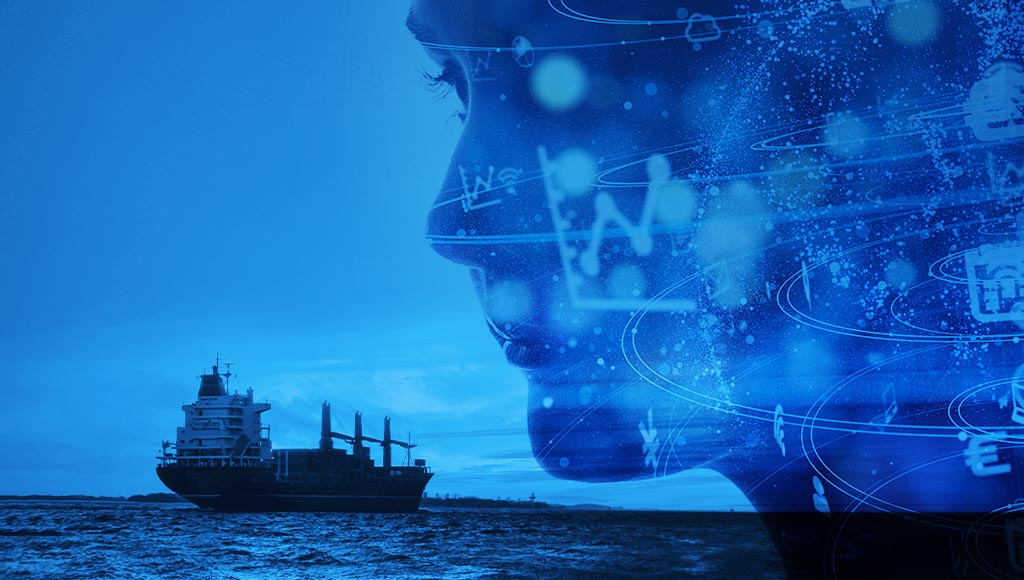