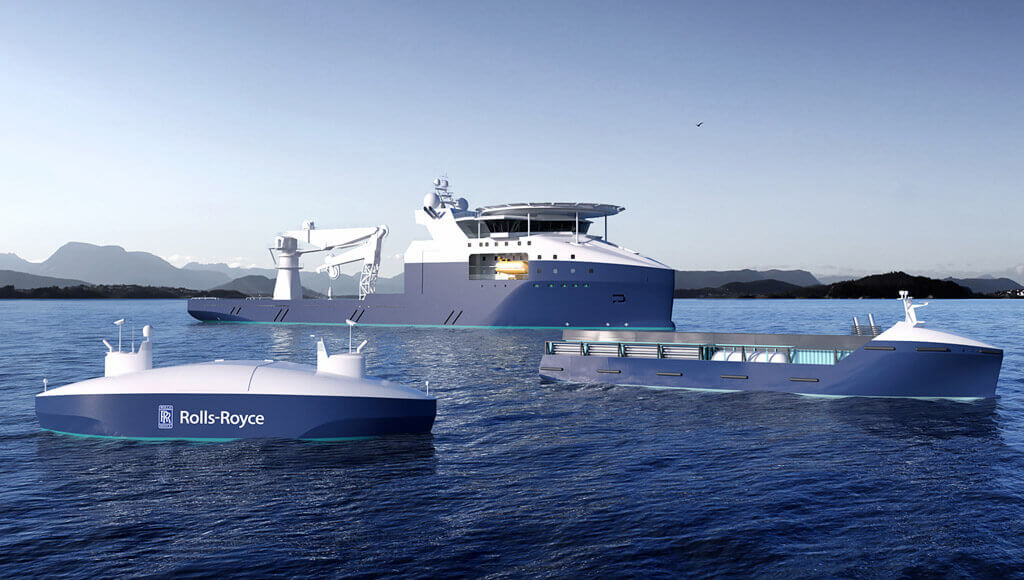 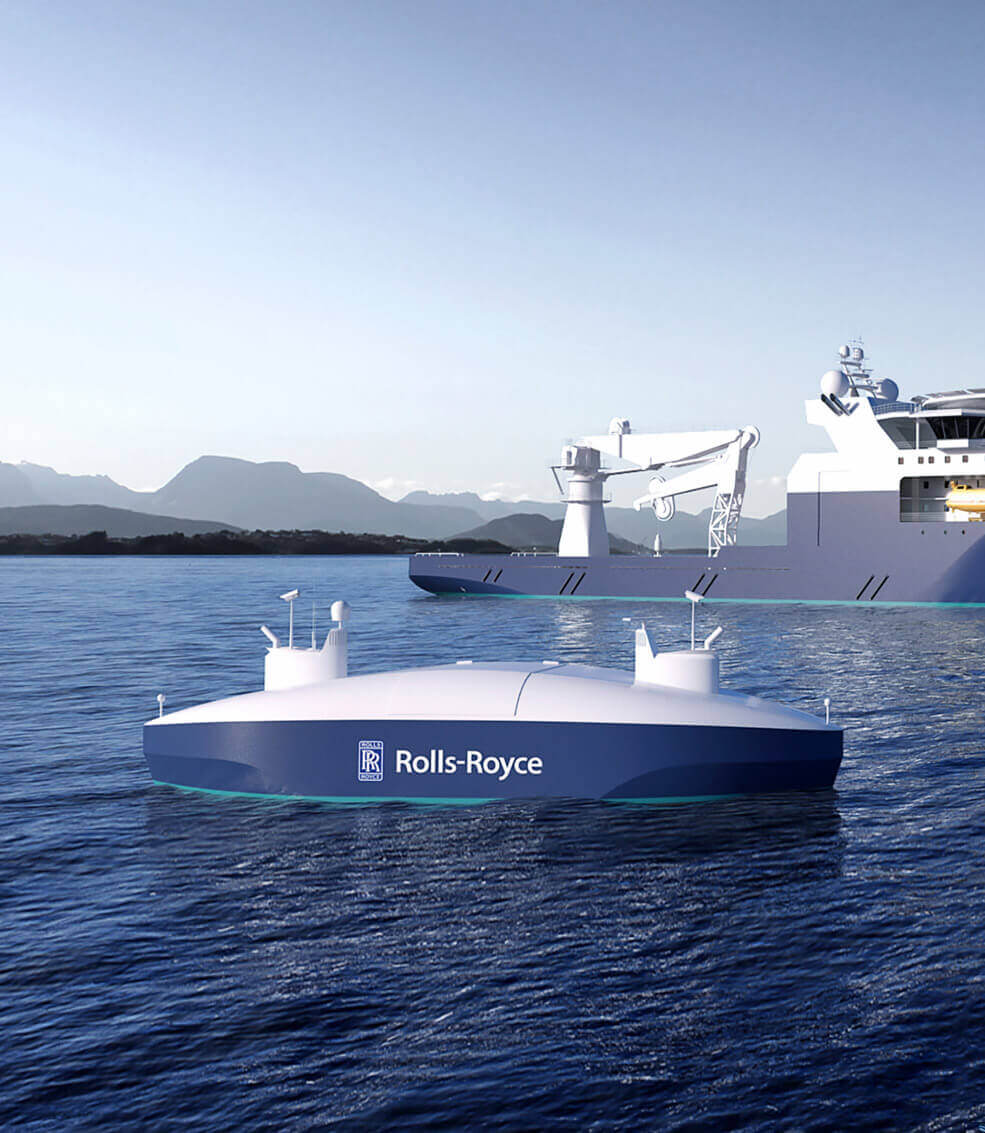 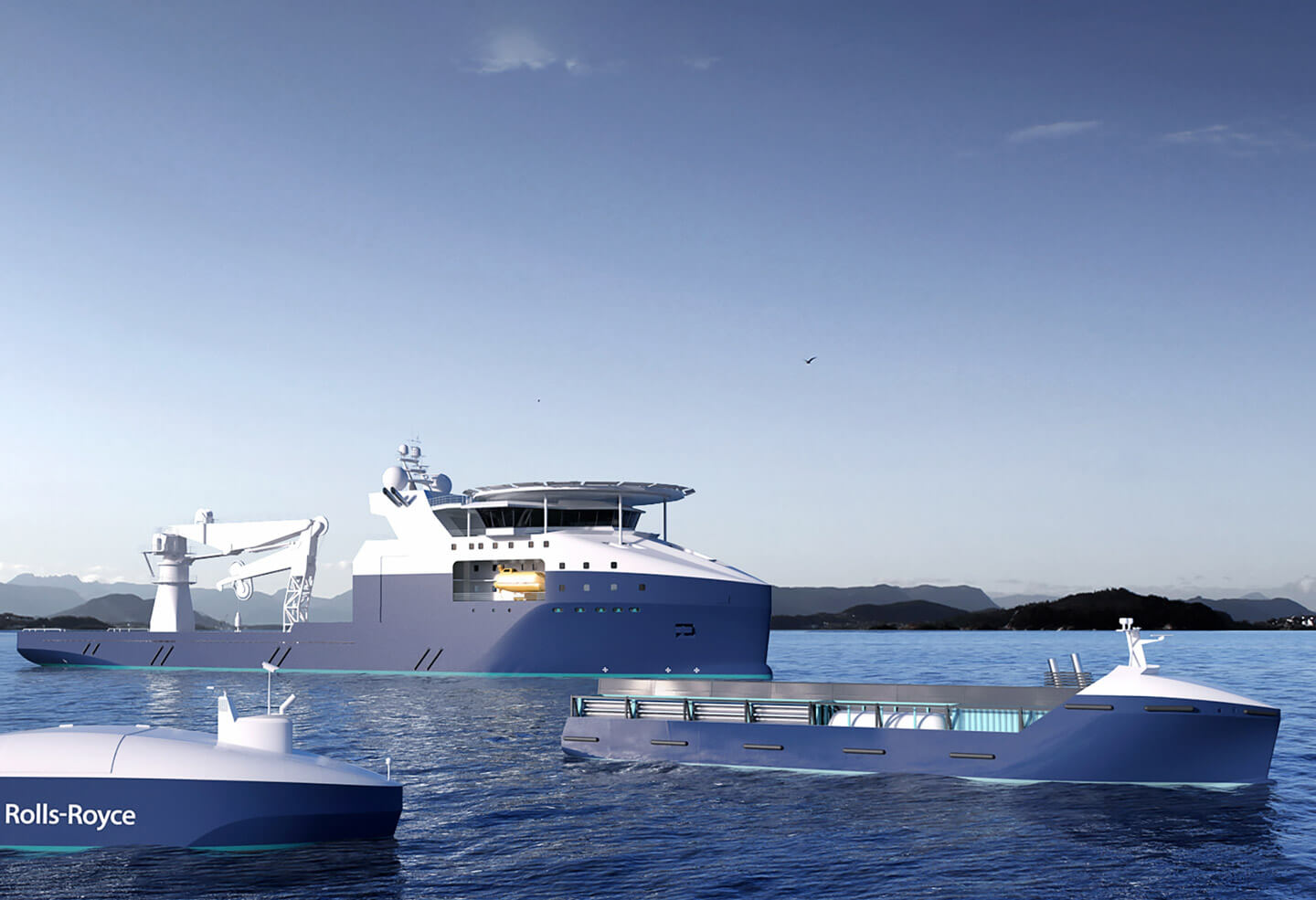 Increased automation, whether in the form of decision support, remote operation or autonomy, has the potential to improve the safety, efficiency and environmental performance of shipping and offshore operations. In this article, experts from DNV GL discuss the developments, ambitions and challenges behind shifting more offshore operations to remote, automated and autonomous operations.

In order to reap the full potential of remote operations, the offshore industry needs a robust set of standards that enables new systems to reach the market and ensure that these technologies are safely implemented.

“DNV GL issued a class guideline for ‘Autonomous and Remotely Operated Ships’ in September of 2018,” reports Are Jørgensen, DNV GL’s project manager for the guidelines. “We want to help build a safety culture around new technologies for autonomous and remotely operated ships. A lot of this knowledge can be applied to offshore operations, but not everything. In shipping, we have divided ship functions into engineering and navigational systems. We believe that categories need to be derived for offshore too, such as supply and installations, in order to reflect how much effort is needed to achieve safe, autonomous operations in which areas.”

Reasons to automate: the big three

There are three principal reasons to automate, Jørgensen relates, none of them having to do with automation as such. “The first is the business case, whether it can help the operator to earn more money. Operating expenditure (OPEX) is still the main benefit of automated and remote operations,” he says, due to reduced crew costs. But he points out that capital expenditure (CAPEX) can also be reduced in some cases, as fewer people present to perform operations means fewer systems are needed to accommodate and protect workers.

The next reason is safety, provided that the technology helps keep the crew safer by allowing them to work from a remote environment like a control room on land, rather than on the deck of a platform or a ship. Automated control and alarm systems can also contribute to reducing the risk of accidents.

The third is protecting the environment. “Environmental gains from reduced emissions are easy to identify in logistical operations, like platform supply, but perhaps not so easy to track in platform operation. The main benefit of automation might be in reducing the risk of spills.”

Overall, Jørgensen says, the big benefit of automation and remote control is allowing one person to do more. “Not just one operator on one well operation or one captain on one ship, but one person responsible for supervising and performing many tasks.”

Software at the core

Per Arild Åland, Business Development Manager Offshore Class at DNV GL, raises the issue of increasing complexity in software-based control systems in the maritime and offshore industry. “Our way of addressing software performance today does not entirely match the complexity of future systems that are under development, and we have to remember that this trend toward complexity will accelerate as we go forward.”

In response, DNV GL is now introducing a scheme where software integrity is separately verified as a part of the regular control system certification. This includes a selection of important systems being installed on board DNV GL–classed vessels and offshore units, including drilling equipment, pipeline and cable-laying systems, walk-to-work gangways and offshore cranes.

“The work we have been doing to prepare for more software-intensive verification of central systems is an important element in preparing for more remote and autonomous operations of offshore functions,” Åland explains. “Simulation-based software testing is a cost-efficient approach to verify integrity and performance according to DNV GL’s rules and standards. It is being prepared and tested in close cooperation with marine and offshore vendors.”

“Instead of using a physical asset, we create a virtual system in a simulator,” Åland explains. “It’s more of a digital cousin than a digital twin because we can limit the scope to include models of the sensors, actuators and physical equipment that are a part of the control system loop.”

Using virtual, simulator-based testing platforms allows for quick testing, without risk to personnel, assets or the environment. “We can also test earlier in the development process and incorporate more resources, without geographical restrictions,” Åland adds.

DNV GL has integrated its methodology into regular control system certification schemes, enhancing their ability to address and evaluate how well software contributes to the total control and safety system performance. “Testing can also be hooked up to the design development process. We can use the manufacturer’s simulator for testing and apply results in the control system certification. This means that the manufacturer does not need to do much extra work to have their systems tested in a virtual environment.”

Together in the cloud

Åland reports that they have tuned the qualification process to make it more industrialized and add value for the end user in the supply chain. “When an owner orders a machine, the software performance has also been separately verified according to safety performance. In addition to improving operational efficiency, this is very cost- and time-effective.”

The next step, he says, is cloud-based testing. “We can emulate the control system and upload it to the cloud, test planned improvements and include them in a simulation platform. Together with SINTEF and several others, we are currently involved in a joint industry project (JIP) on co-simulation of standardized models on an open-source simulation platform.”

Per Arild Åland characterizes DNV GL’s standards as an industrial meeting place, forming a basis for trust in the supply chain, with software integrity being verified in the process.

“Safety systems and others critical to automated and remote operations, and to future autonomy, are software-driven. We have entire grids of complex systems and machines with software as the glue holding them together. If we are going to make real progress toward autonomy, there needs to be a common sense of urgency in the industry to pursue a more comprehensive verification of software-intensive systems.”

Projects at a glance

Remote surveillance and control of o¦shore and subsea operations appeared on the industry stage back in the 1990s. Twenty years on, advances in o¦shore auto-remote technology are picking up speed. Some recent examples:

iSURVEY recently completed what was reported to be the first-ever remote drilling rig positioning project.

Equinor has converted its Valemon platform to remote control from land, as well as opening a new fully automatic, unmanned and remote platform on the Oseberg field in 2018. It has also opened two onshore centers: one for centralized support of integrated operations and one for drilling operations.

Oceaneering has launched a new battery-powered ROV capable of operating for extended periods of time without having to be recovered to the surface. It also employs machine vision learning and augmented reality technologies. 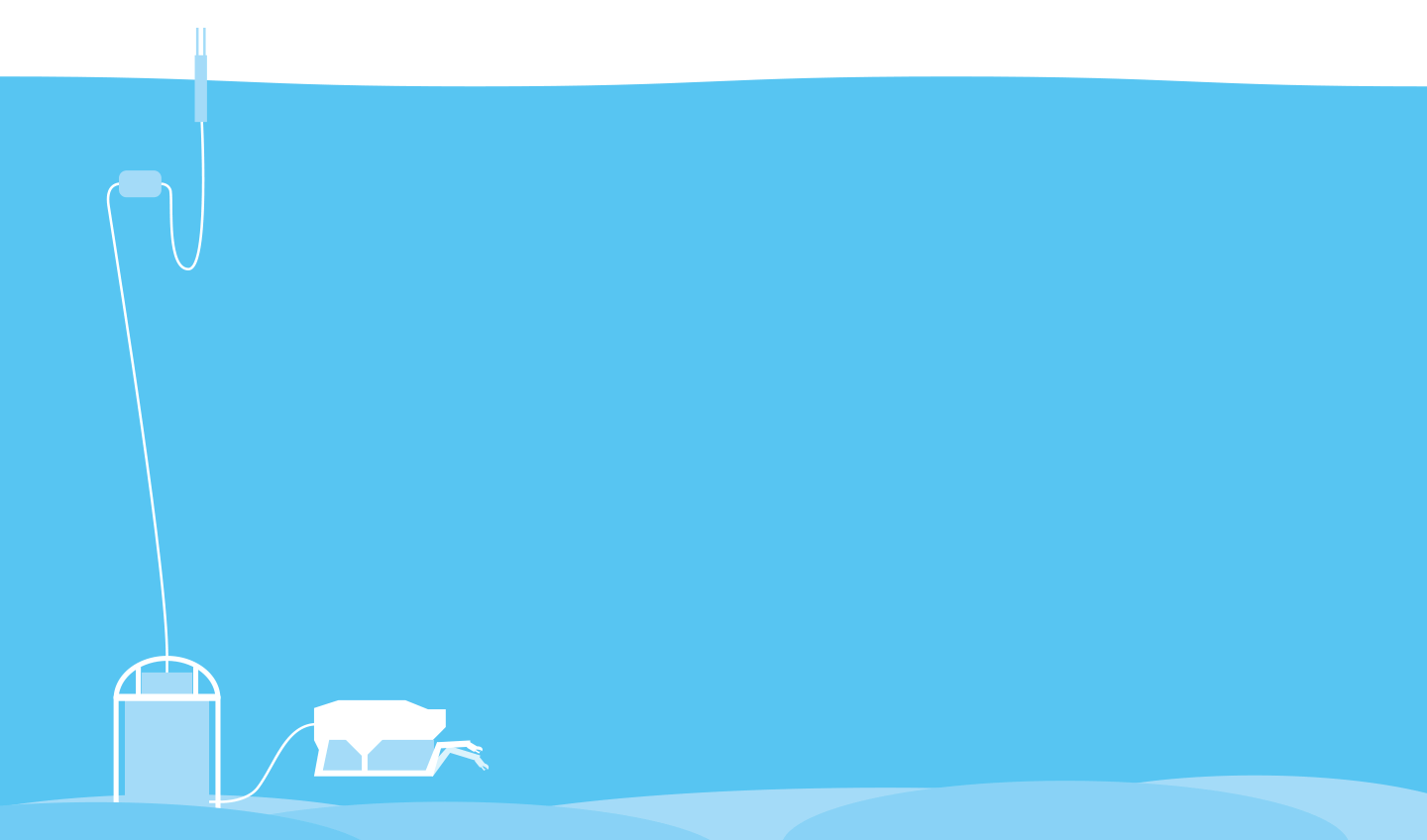 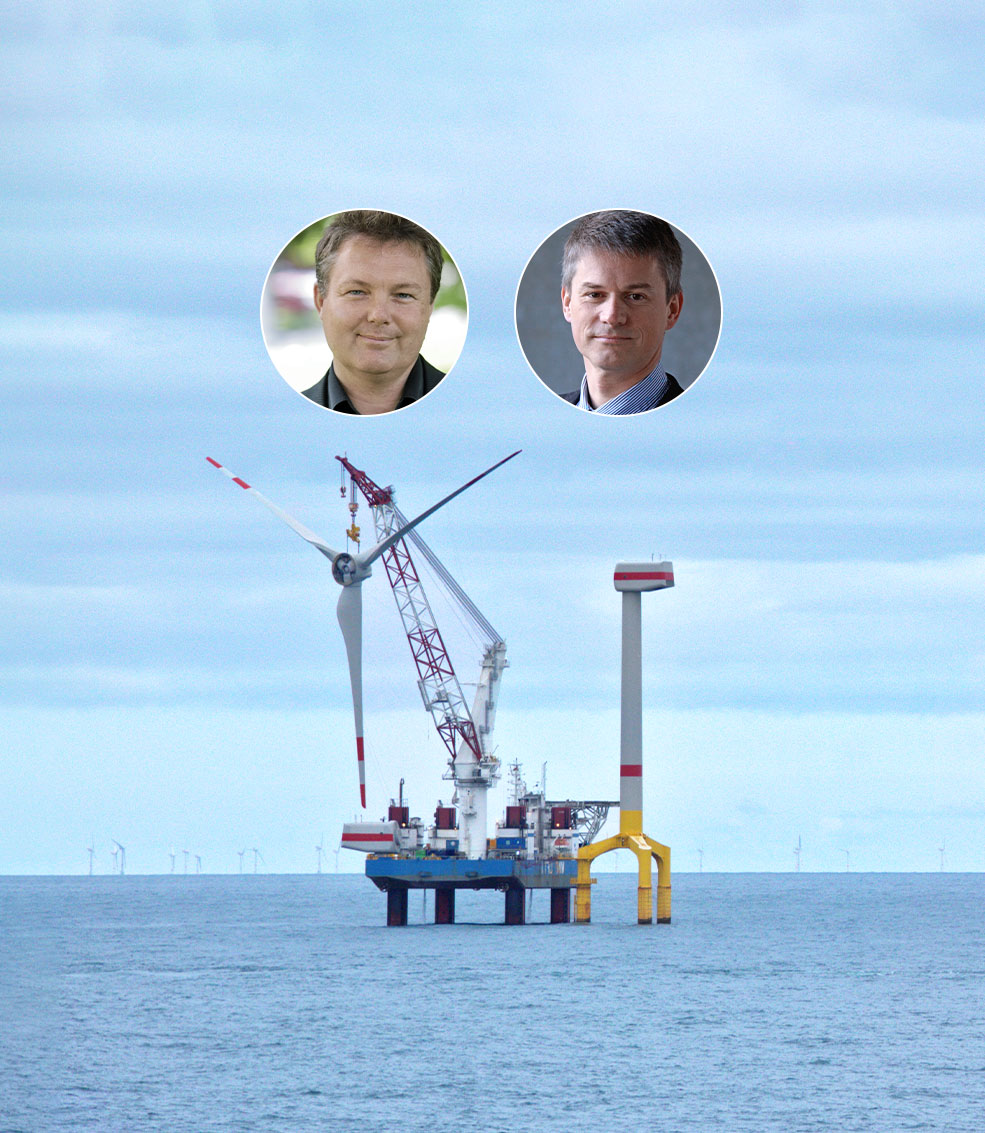 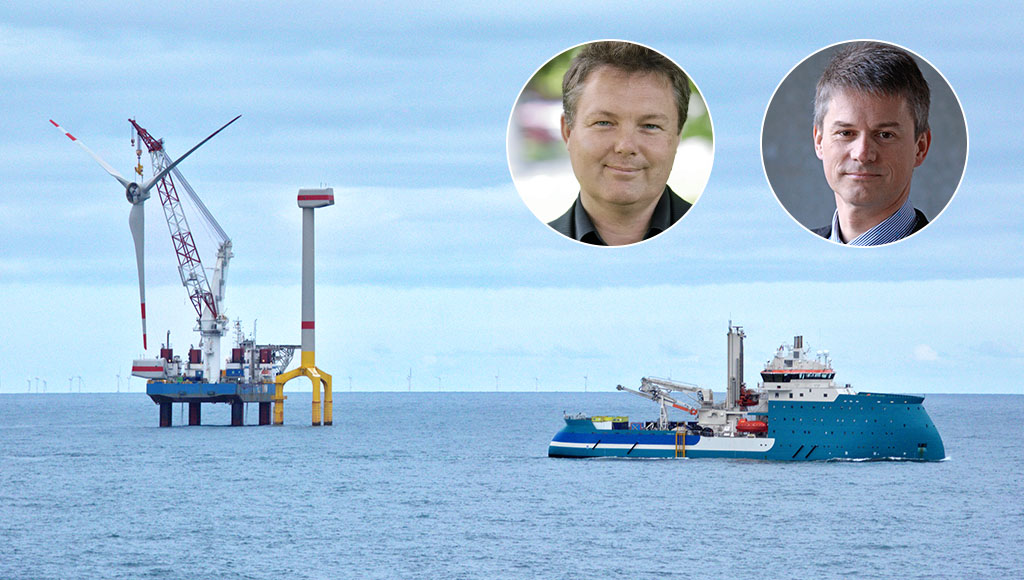 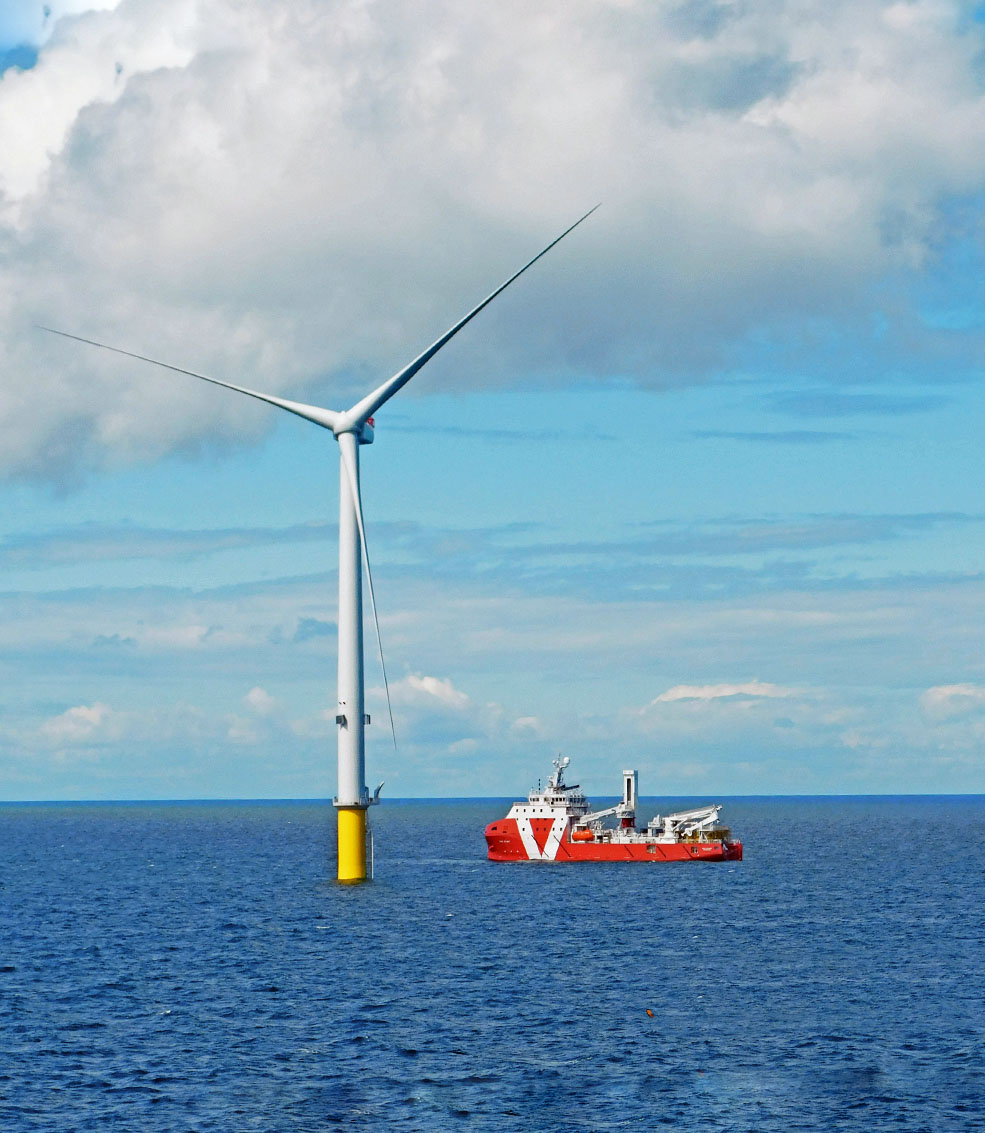 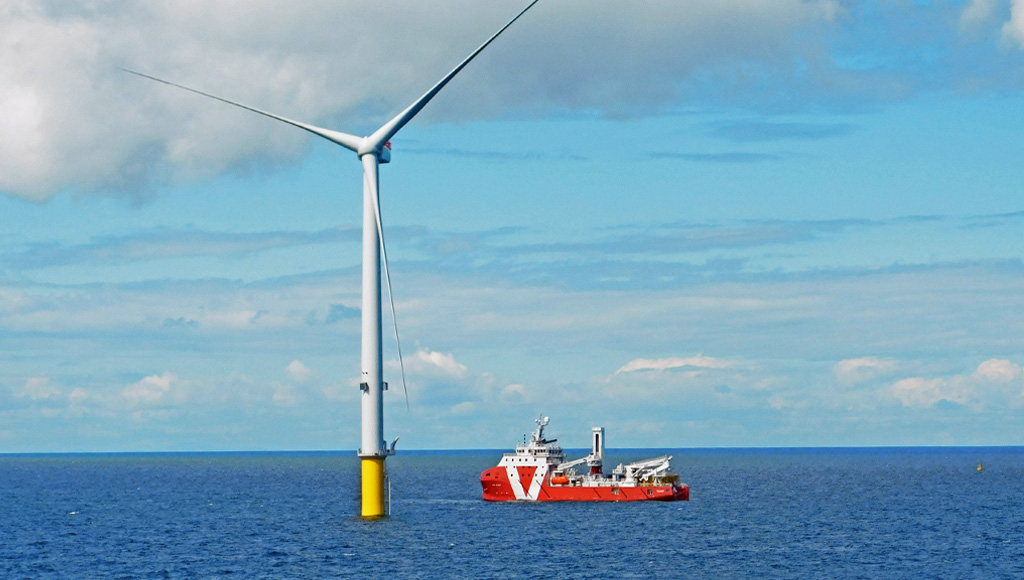 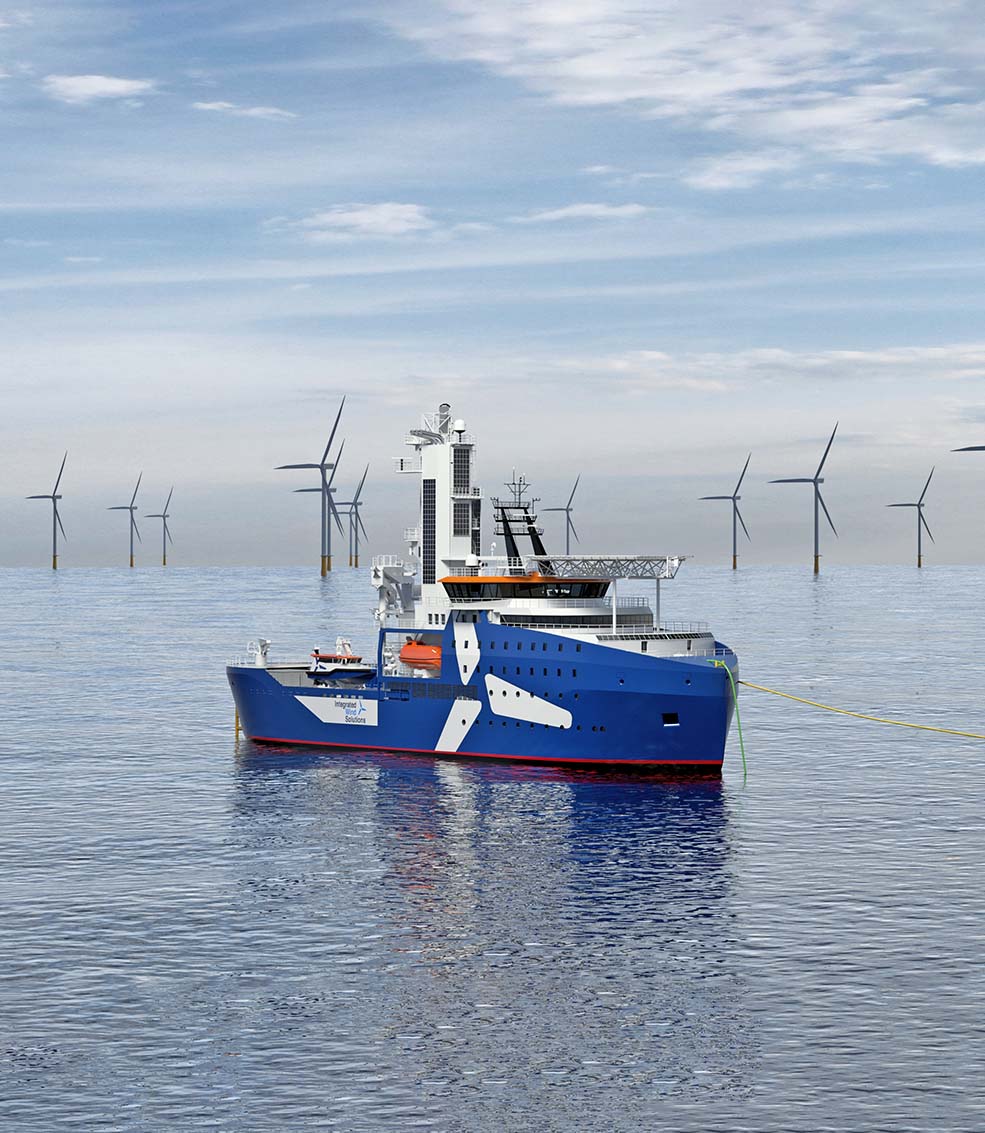 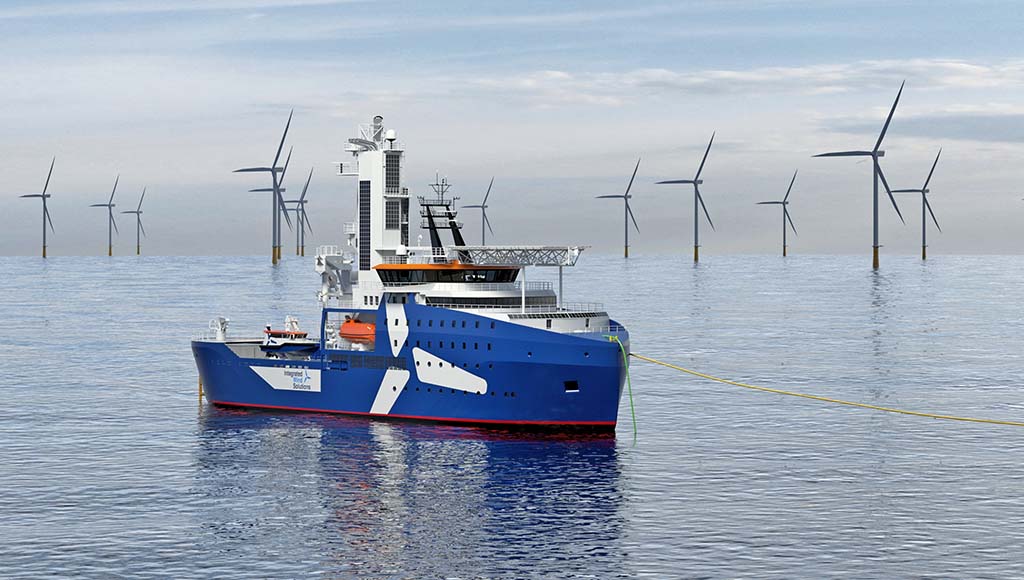 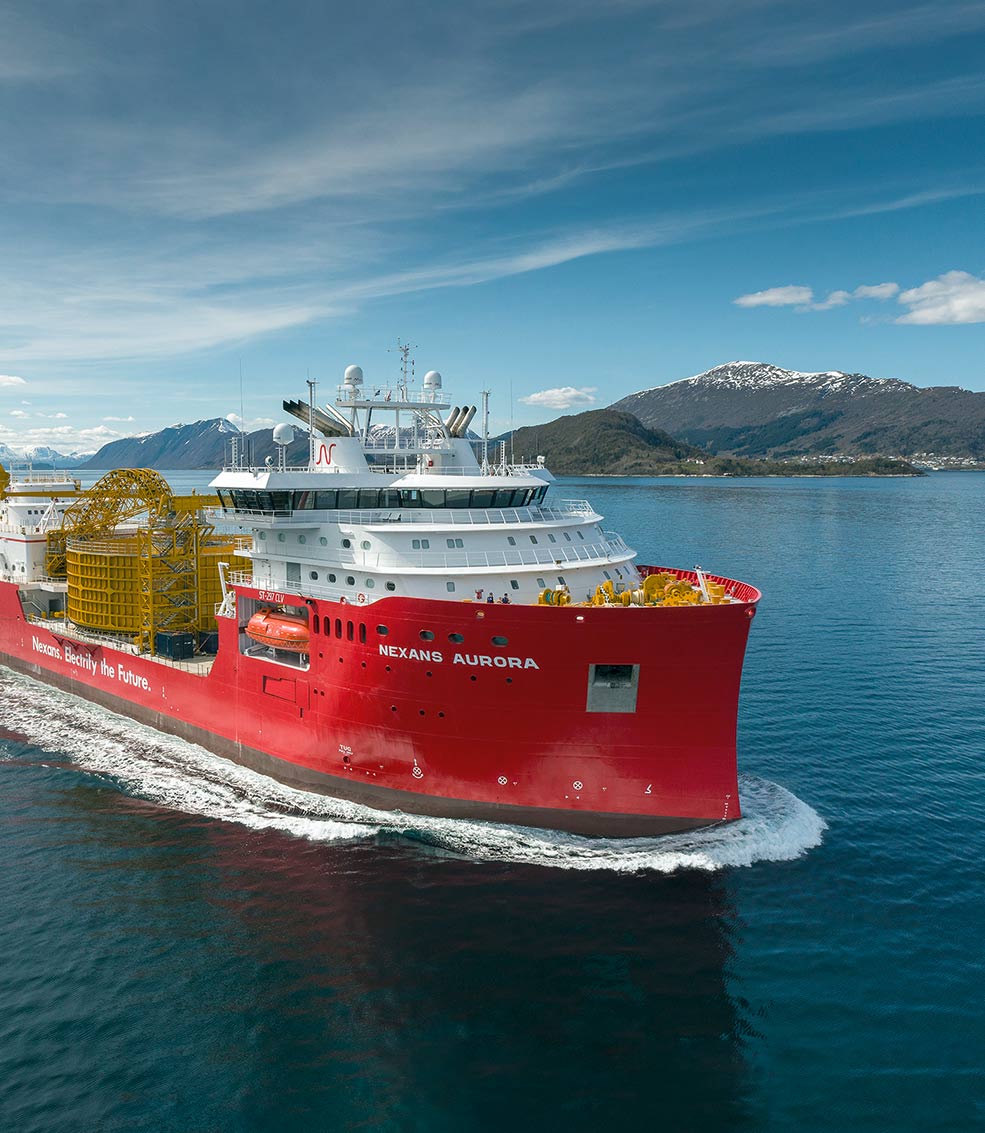 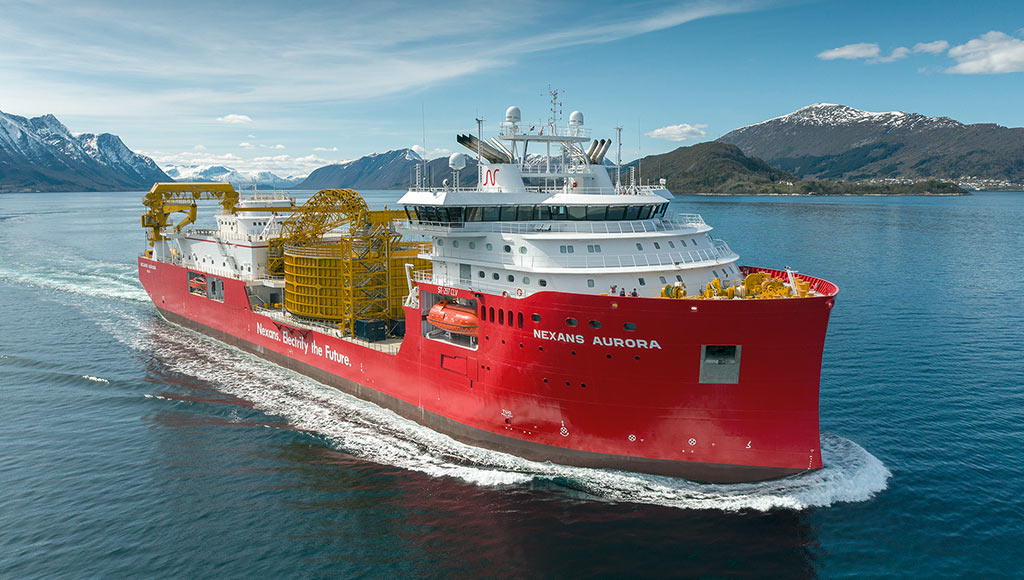